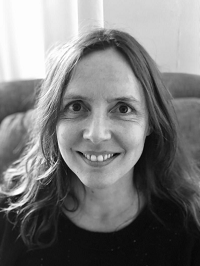 BookBrunch is delighted to announce the judges for the 2021 Selfies Book Awards, established by the publishing news website in 2018 to recognise the very best in self-publishing in the UK.

Now in its third year, the adult fiction category is being judged this year by Joanna Swainson of Hardman & Swainson (pictured), Malcolm Edwards and Eleanor Pigg of Nielsen Book.

The judges for the children’s book category, now in its second year, are Helen McAleer of Helen McAleer Ltd, Natasha Radford of the Chicken & Frog Bookshop and Jennie Marlow of the London Book Fair.

The judges for the inaugural year of the memoir/autobiography category are Richard Charkin of Mensch Publishing, Gordon Wise of Curtis Brown and Ben Hughes of IngramSpark.

The shortlists for this year’s Selfies Book Awards will be announced in early March, and the winners in mid April. The winner in each category will receive a cheque for £750 and a profile in BookBrunch, while all shortlisted authors will have free access to The London Book Fair’s Author Programme 2021.  In addition, shortlisted authors can go into a prize draw to win two free hours of mentoring from the Really Useful Company.  For more information see the website: http://theselfies.co.uk/

The Selfies Book Awards are also run in the US in association with BookLife/Publishers Weekly, with submissions for the 2021 awards (for adult fiction or children’s books self-published in 2020) open until the 8th March: more information on the website at http://selfiesbookawards.com/

Joanna Swainson (pictured) co-founded literary agency Hardman & Swainson in 2012, having previously worked as a reader and in-house editor at Christopher Little. She represents authors writing across a range of genres including literary, historical, crime and thriller and speculative fiction, and also non-fiction.

Malcolm Edwards’ long career started in 1976. He was most recently Publisher of Andre Deutsch, and before that Chairman of Gollancz. He was for many years Deputy CEO and Publisher at the Orion Publishing Group. As an editor he worked closely with authors including JG Ballard, Anthony Horowitz and Ursula Le Guin, and was named Editor of the Year at the 1996 British Book Awards.

Eleanor Pigg started at Nielsen Book in 1999 as an Editorial Assistant looking after publishers such as Random House, Hodder & Stoughton, Scholastic and Butterworth-Heinemann. In 2006 she joined the UK & Ireland ISBN Agency as a Registration Services Advisor before becoming Manager in 2018. She also manages the SAN Agency allocating SAN identifiers to the book industry.

Helen McAleer runs a media consultancy specialising in IP, publishing and TV production working with clients including publishing houses Macmillan Children’s Books, UK and US. She spent several years at the Walker Books Group and before that was Deputy Managing Director of BBC Worldwide’s Children’s Business. McAleer began her career working for Random House and Penguin Books working on books by authors such as Roald Dahl, Quentin Blake and Raymond Briggs.

Natasha Radford trained as a teacher and became a bookseller over 8 years ago. She has an MA in Children’s Literature, and believes that bookselling and teaching are the perfect pairing.

Jennie Marlow has worked in content marketing for over five years and is now the Content Manager for The London Book Fair, writing, editing and delivering engaging content for the event. Before this, she worked in an assortment of roles from writing for an online magazine to freelancing for a publishing house.

Richard Charkin is a former president of the IPA and the PA and for 11 years was executive director of Bloomsbury Publishing Plc. He has held many senior posts at major publishing houses, including Macmillan, OUP and Reed Elsevier. He is president of The Book Society and a non-executive director of Bonnier Books UK, Liverpool University Press, Institute of Physics Publishing, and Cricket Properties as well as starting his own business, Mensch Publishing.

Gordon Wise joined Curtis Brown in 2005, where he is now Joint MD of the Book Department. He began working in the book industry in 1989 as a bookseller, became an editor and, later, publishing director, at companies including Pan Macmillan and John Murray/Hachette. He was Agent of the Year at the British Book Industry Awards and President of the Association of Authors' Agents. In non-fiction, he focuses on work that inspires, tells a story and entertains.

Ben Hughes has been the Business Development Manager for IngramSpark in the UK since 2020. In this role, he oversees all business relating to IngramSpark including the customer service team and developing services to meet the needs of authors in an ever-changing publishing landscape. With experience across physical and digital bookselling and publishing, Ben previously worked for the Lightning Source part of the Ingram business and at Penguin Random House in various sales and operational roles.