35 pioneering years at the Poetry Business

Creativity and change are key to any successful poetry publishing venture – just don't expect an easy life, as Tim Relf hears from the Poetry Business 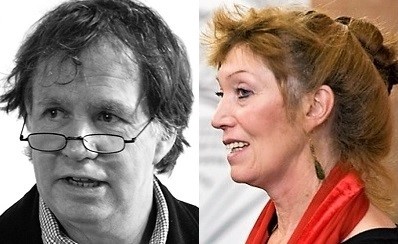 Thirty-five years ago, a newly launched indie published the first collection by a then-unknown poet. Fast-forward three-and-a-half decades, and the author, Simon Armitage, is poet laureate and the firm has become one of the most respected in publishing.

The Poetry Business is still as focused on finding and fostering new talent as ever, but what began as a sole-trader company on a £40 a week Enterprise Allowance in Huddersfield has grown to a team of eight now in Sheffield, led by poets Ann and Peter Sansom, with Ellen McLeod as the third co-director and business manager. They produce about 20 titles a year in a set-up that Andrew Motion once dubbed "one of the most vital and vitalising literary organisations in the country". The Poetry Business' writers have won or been shortlisted for almost every major poetry prize, including the Forward Prize, and the press has twice won the prestigious Michael Marks Award.

"We're sensation seekers," laughs Ann. "It's the most extraordinary feeling when you encounter a startling new voice. You have that moment when you read something special and you just know.

"We don't publish a lot of authors, only the ones we really believe in. Whether they're at the beginning of their careers or established, we work extremely closely with them and couldn't do that unless we really love their poetry. We've never taken a scattergun approach to choosing poets."

While launching and cultivating poets remains central to its raison d'être, the firm has diversified - partly to spread risk and partly to take advantage of the synergies that come from having multiple strands to the operation. 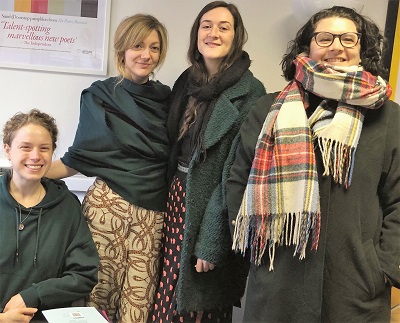 The Poetry Business now publishes books and pamphlets under the SmithDoorstop imprint, is a writer development agency, and has a children's poetry imprint, SmallDonkey. There's also a biannual literary magazine, The North, its name a clear nod to the firm's regional roots. The first issue (this summer's will be the 66th) included work by such luminaries as Carol Ann Duffy, Ian McMillan and Michael Schmidt, and the Poetry Business continues to work with these writers, along with many others, on projects including anthologies, workshops, mentoring, seminars and competition judging.

This breadth of activity is helping the firm ride out the Covid crisis, but the pandemic has certainly sparked changes for this team headquartered just a stone's throw from Sheffield's historic cathedral.

The programme of writing days and residential courses has shifted online and, despite initial fears over whether demand would continue in the "virtual" world, has flourished.

"We've been able to reach people who wouldn't otherwise have been able to attend, either because they lived too far away or it was too expensive to travel or because they were disabled, elderly or isolating for health reasons," explains Katie McLean, whose role encompasses marketing. "Involving guest tutors has been far more possible, too."We've used our website in new ways to maintain our relationship with readers and writers when readings and festivals were on hold - through a digital residency programme, for example. The poetry world is very much a community, and publishers should be at the heart of this.

"We're also committed to digitising every book we publish now, which will make them more accessible and at a slightly lower price point."

The constant challenge for indies, McLean says, is to achieve market "clout", without compromising your philosophy. One way they do this is by partnering with Inpress Books, the sales and marketing agency that acts as a "small press superstore", bringing outside-of-the-mainstream books from 50-plus such firms to a wider audience.

This, she says, is indicative of the cooperation that typifies the sector. "There's very much a community of independent publishers, as there is of readers and writers. We don't see ourselves in competition with each other - we support each other. Success and visibility for one independent is success and visibility for all of us. We're one big family."

This isn't the first time the Poetry Business has found itself facing a huge challenge. In 2019, a funding crisis sparked by an unsuccessful Arts Council grant bid put the firm in jeopardy. It happened at a time of what was in other respects great success - book and magazine sales were riding high, and the teaching programme was thriving. "It looked like it was the end of the line," Ann Sansom recalls.

A crowdfunding campaign soon, however, raised £20,000 from 380 donors. "People often say they like - and appreciate - what you do, but to actually give money is different. It was so heartening - so moving – to see how important what we do was to people's lives.

"Tough times have a habit of sparking positive change. It happened in 2008/2009 when we were based in Huddersfield and lost our grant funding from the Council - that prompted us to move to Sheffield, which gave us a whole new lease of life."

According to Ellen McLeod, the absence of regular funding brings continuing challenges. "There's always an element of, "What will happen next?" Putting together strong bids is incredibly time-consuming, and you never know whether they'll be successful. It means our turnover can vary massively from year to year."

Relying heavily on one-off project funding necessitates a constant search for new ideas by the team, she says. One such initiative has been the New Poets Prize, a pamphlet competition for writers between 17 and 24, showcasing their "sophisticated, technically-assured and brilliant" writing.

While the aim is to grow, any expansion has to "fit" the vision and ethos. "Writers stay with us because of what we stand for. Similarly, we do this because we believe in the way we do it," Peter Sansom explains. "We're Rough Trade Records, not Polydor!"

It is, he says, an exciting time for poetry publishers. "Lockdown has reminded people what a difference poetry - reading and writing it - can make in our lives. And it does seem that the uncommon sense of poetry, the music and often oblique truth of poems, often speak more genuinely than any number of politicians just now. The world seems to be in a similarly crazy place to the 1980s when we started."

Much may be different from those early days, but the Poetry Business has not changed so much – its origins were in writing workshops. Peter worked at Huddersfield Polytechnic, where he ran two writing workshops a week, initially to gather poems for a research project. One of the local writers happened to be Simon Armitage, whose first pamphlet Human Geography was also the first SmithDoorstop publication, printed in the Polytechnic printroom.

"We don't know yet how Covid will change the publishing industry in the long term," Peter Sansom says. "Everything feels precarious right now - but that's normal in the world of poetry.

"To do this, you need wonderful authors, a bit of good luck and a gifted team around you, for whom it's far more than just a job. I always say to people you have to be permanently prepared for disaster if you're an independent poetry publisher. It probably won't come to that, but it certainly helps you to come up with new ideas.

"We've learnt that exciting things usually happen by chance and that the best ideas are frequently organic. A publishing house needs to create an environment in which the whole team can have ideas, plus the confidence to share them.

"In that respect, running an independent press is not so different to running a poetry workshop."