An education and a privilege - writing for women

Marius Gabriel on his career as a romantic novelist 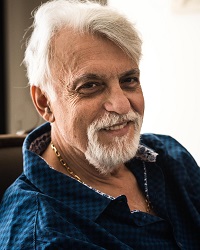 It was January of 1979, the Winter of Discontent. Britain was tottering under a dozen public sector strikes. In Newcastle-upon-Tyne, where I was working on my doctoral thesis in Shakespearean tragedy, the electricity was only on a few hours a week. No buses ran, the rubbish went uncollected, the dead lay unburied in the mortuaries. With heavy snowstorms daily, temperatures were well below freezing.

I was living in a particularly grim part of Gateshead (long since torn down), where I hoarded 50p coins for the gas meter and huddled in an overcoat, pondering over King Lear. The streets were sheets of ice, and snow kept whirling down, so it was better indoors, even though frost formed inside the windows and I had to light candles to read by at four in the afternoon.

A previous tenant had left a scattering of Mills & Boon romances in the flat. I devoured these one after the other, enjoying the exotic locations (no gas meters featured), the feisty heroines and the brooding heroes. It occurred to me that I could write one to eke out the scholarship I had been lucky enough to be awarded. So, by candlelight, with frozen fingers, I wrote a novel in 10 days.

I thought it prudent to use a female pseudonym before sending it off. To my surprise, I got a swift reply from Mills & Boon saying that the book was unpublishable but showed promise.

On my third attempt, I got an acceptance letter together with an offer of £500 for the rights. I now had to reveal my true identity. My editors were incredulous. I had to get the train down to London to present myself at Brooks Mews and prove that I was really a man.

This incredulity has persisted for the rest of my career. I am constantly asked how it is possible for a man "to write women". Women authors are never asked how it is possible for them to write men. Perhaps that's because men are far simpler creatures. But I think it's because women are assumed to understand and accommodate the male point of view as a matter of course. This assumption is partly what lies behind the lamentable catalogue of sexual harassment that has come to light in our society: the infantile idea that women always know what a man is thinking, and are going to go along with it.

When asked the same question in As Good as It Gets, Jack Nicholson's awful character replies, "I think of a man, and I take away reason and accountability." With me, however, the mental adjustment is expansive, not reductive. It means allowing the female side of my faculties and sensitivities to flourish.

A career writing about women and for women has been an education and a privilege. But all writing begins with fashioning a persona. Is writing a character of the opposite sex any more challenging than writing someone from the ancient world? Someone of a different race, age or background?

It was mainly because I wanted to expand my writing horizons that I broke away from Mills & Boon after seven largely happy and prosperous years. I sold everything I had and moved to Spain to write a much bigger book, with larger characters and a wider sweep of history. The result was The Original Sin. Flat broke at the end of two years' slog, I sent off the manuscript. It was auctioned in both London and New York, and I acquired two new publishers - Century and Bantam. The Original Sin became an international bestseller.

More importantly, I acquired two dynamic new editors: the wonderful Gene Young at Bantam, and the equally wonderful Rosie Cheetham (now Rosie de Courcy) at Century. From them I learned a great deal more about writing about and for women. And I also learned, alas, how mutable the world of publishing is. I soon lost both of those editors due to mergers, although I never lost touch with either.

After this, I spent many years in the wilderness, my work rejected again and again, my agents forgetting me, my publishers focused on newer authors. I had to find other ways of supporting my growing family. I sold Japanese prints and African tribal art. I had to do several jobs that kept me working 18 hours a day in order to pay the mortgage, school fees and the other important stuff; until an eventual (and inevitable) collapse in my health landed me in hospital with lungs full of blood clots that looked, on the MRI, like a herd of slugs. 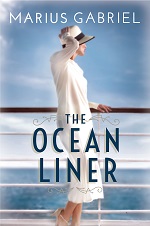 Lying in enforced immobility on the cardiac high-care ward, I realised quite suddenly that writing novels was the only thing I really wanted to do, and the only thing I was really good at. I resolved that if I survived the slugs in my lungs, I would start writing again.

The result was a new partnership with a new publisher - and a new way of printing and distributing books. Amazon Publishing was launching new imprints and taking on new authors. My novel Wish Me Luck as You Wave Me Goodbye was picked up by Amazon's UK editor-in-chief, Emilie Marneur. Her energy, curiosity and joie de vivre were an inspiration. I found myself working with a group of talented young people whose fresh vision was exactly what an author needing a reboot wanted.

Now on my fifth novel for Lake Union, Amazon's historical fiction imprint, I am still writing women, and still gripped by the phenomenon of women reclaiming the place in the world they somehow lost for so many centuries. I am deeply glad that I came back to writing - and came back to myself, especially that female part of me that has always been the most richly fertile and creative wellspring of my being.