Children's book sales, home and away

Nielsen's latest research shows that children's book sales in 2017 held their own against a magical year in 2016. Jaclyn Swope reports 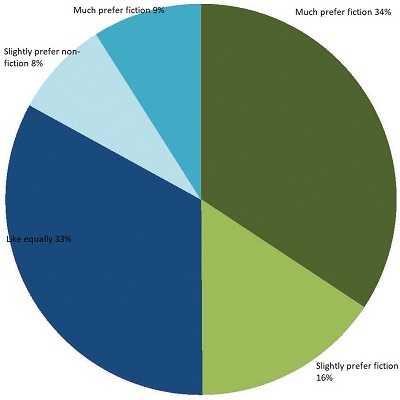 Sales of Children's books in the UK fell short in 2017, but we can point to at least one distinct reason for that decline: 2016 saw Harry Potter & the Cursed Child earn £16m through BookScan from 1.5m copies. In the end, sales last year were down only £90,000 and 1.1m units, with growth for both established and emerging authors helping to close the gap. This follows consistent years of growth since 2013, culminating in 2016 as the highest-earning year for children's books since BookScan began. Which makes 2017 the second-highest year, and I think we can all agree that these records make for a good time to be in the business of children's books.

Now that the market decline stat is out of the way, onto the positives: internationally, six of the countries covered by BookScan grew their children's sales in 2017, with only the UK, Spain and South Africa showing falls. Among the top 10 global bestselling titles (across editions and translations), five were children's or crossover books: Bad Dad by David Walliams, Good Night Stories for Rebel Girls by Francesca Cavallo and Elena Favilli, The Getaway by Jeff Kinney, The World's Worst Children 2 by David Walliams, and Guinness World Records 2018. If we look at total author sales, the leading name in six countries was a children's author - Geronimo Stilton in Italy and Spain, Andy Griffiths in Australia, David Walliams in Ireland and New Zealand, and Julia Donaldson in the UK - and in the remaining three, a children's author was second.

Back in the UK, there were plenty of successes throughout the year:
* The books for the 20th anniversary of World Book Day sold more than a million copies by the end of March, marking the fastest sales yet for the annual event.
* The School Textbooks and Study Guides category grew 11% for the year, with the four weeks ending 7 October marking the highest sales period ever for the category as recorded by BookScan.
* Children's General Non-Fiction, which includes books like Fantastically Great Women Who Changed the World, the Usborne See Inside series, Women in Science and A Poem for Every Night of the Year, posted the highest year-end growth in the sector, with the majority of the leading sub-categories within non-fiction achieving increased sales.
* Children's Fiction remained the largest area of the children's market, and of the top 20 authors, 12 increased their sales compared to 2016, helping to shrink the post-Cursed Child decline. David Walliams led the way, with Bad Dad marking his fastest seller yet.
* While Young Adult Fiction declined once again, sales for YA books that aren't part of a series grew, accounting for about 42% of the category compared to 33% in 2016. Leading non-series authors that grew or debuted include Nicola Yoon, Jay Asher, John Green, Karen McManus and Emery Lord.

According to Nielsen's annual Understanding the Children's & YA Book Consumer 2017, half of all 0-25s preferred fiction to non-fiction in 2017, with escapism, excitement and humour ranking as the most important characteristics in fiction. Funny stories were deemed the top genre for 0-13s, and fantasy/adventure gained in popularity. When switching to 14-25s, fantasy/adventure ranks at the top, followed by crime/thriller and sci-fi/fantasy. (Switching back to BookScan, we saw growth in sales of YA print books categorised as fantasy & magical realism, thrillers, fantasy romance and crime/mystery.)

Audiobooks were increasingly appealing to children and YAs, with relaxation remaining the most widespread reason behind using or liking the format. Interest in audio was also attributed to audiobooks helping to pass the time, narration bringing the books to life, and audiobooks helping with children's reading or allowing for reading along.

But even with the wider interest in audio (mirroring a trend seen across adult books as well), printed formats were still liked more (by 86% of 0-25s) than digital formats. Print books were liked for their look and feel, ease of use and as a break from screens/technology (for those 8-plus), while digital reading popularity was attributed to liking technology and, for those 8-plus, being able to carry more around and save space.

And to bring this full circle - children's book sales were down in 2017, so how do we get more children reading? As in recent years, more interesting books and a bedtime reading routine continued to be the top things that might encourage children and YAs to read more, but increasingly there is recognition that only by restricting time spent on other activities (TV, gaming and phones, for example) would it be possible for them to read more.

Illustration: Preference for fiction vs non-fiction (2017).