Covid-19: the book trade out of joint

We've had some upheavals in our time, David Taylor writes, but none to match this 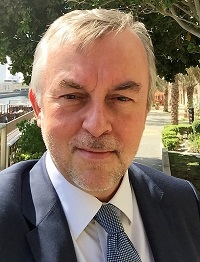 After Hamlet has had his first meeting with what he's pretty convinced is the ghost of his recently departed father, he's none too enthused about the task that his understandably miffed old man sets him to. "The time is out of joint," Hamlet wails, before having a bit of a grumble about what rotten luck it is that it seems to be up to him to set things right.

Has there ever been a time when our trade was more out of joint? I struggle to think of one. I've been in the book trade since I started as a bookseller at Blackwell's in 1983 - although my first job in the trade was a "Saturday kid" at Wolverhampton Public Library in 1976 for the princely sum of £6. Those were the days of Banks's mild at 20p a pint and John Richards gracing the hallowed turf of the Molineux - but back to the book trade, and specifically the UK book trade.

For the sheer speed of its impact and the universality of its reach, I think that Covid has no equal in anything that the book trade has experienced, at least not in my time. Only three events that I have witnessed come anywhere close: the rise of the chains; the demise of the Net Book Agreement (NBA); and the arrival of the internet bookselling model.

The rise of the chain booksellers in the mid-1980s was a new phenomenon for the British trade. Our American cousins had got there first of course, with Barnes & Noble and Borders, but for the Brits it was a new experience. The chain wars between Dillons, Waterstones, Ottakar's and even Blackwell's fuelled an expansion in retail space for books and ushered in airy and modern-looking bookshops; but all booksellers were still largely operating on a sort of level playing field thanks to the NBA's discounting restrictions. As for the internet, never heard of it. And Amazon was just a big river.

The demise of the NBA in the mid-1990s was a slow death; not exactly by a thousand cuts but rather more akin to a Caesar-style assassination with a few well-placed blows followed by the killing thrust as the chain booksellers started to ignore the fixed price of books. The floodgates opened, discounting became widespread, the supermarkets entered the arena, setting the stage for the internet bookselling model to thrive.

The idea of selling books on the internet had been rumbling around since the early 1990s, but the still fresh corpse of the NBA gave added impetus. Now books could be discounted and price could be used to differentiate and entice. The lower operating costs of the pure play internet bookseller allowed their business model more financial leeway than the physical bookshop, but it was the arrival of Amazon that really super-charged the appetite of the British for buying books online.

There are plenty of other trends that can be pointed to over this period as significant: the consolidation of trade publishing into larger houses; the consolidation of third party distributors; the shrinking of the independent bookselling sector; the growth of self-publishing; and, as I have seen during my time at Ingram, the rise of the print-on-demand (POD) model and the resultant growth in the number of POD titles that are available to buy.

So where does Covid sit when set against these trends? I would argue that as a single, rapid systemic shock it beats all of them in the immediacy and universal nature of its impact. No segment of the book trade has been untouched. No part of our lives has been untouched: I have not been able to visit the Molineux since March...

In many ways, Covid has accelerated trends that were already there: the growth of online bookselling, Amazon's increasing market share, the travails of the high street. For the independent bookseller, life was tough already, but Covid has just piled on the challenges. There are some fantastic booksellers out there and, as an ex-bookseller, I wish them all well; but we will surely see some casualties.

The chains will also surely shrink their retail operations and focus more resources on capturing online business; the recent acquisition of Wordery by Waterstones' parent Elliott Advisors is a sign of intent perhaps.

However, I would say that one of the single biggest impacts that Covid has had is on the supply chain, a place where I spend a lot of my time. At a stroke, the virus has exposed the fragility of a supply chain for print books that still largely relies on speculative printing for stock and its shipping around the globe to be held in large warehouses. It's not a fat lot of use having books printed cheaply in China when the borders close and you cannot get your titles to your markets in Europe. As many other industries are experiencing, we can expect to see much more local production.

Finally, one trend that I have seen at first hand is the surge of titles going into a print-on-demand model. The model was already well established. The ability to print a single copy of a book on demand allows virtual inventory to become a reality. When linked to wholesale distribution on a global scale, it allows local production in a market and the capture of sales without the expense of having either to ship or hold local inventory. At Ingram, we have seen titles being placed into POD that would never have been considered as candidates pre-Covid. There are titles that are currently in the New York Times bestseller list whose sales would never have been realised unless they had been printed on demand by Ingram. The impact that Covid is having on the supply chain may well be one of its most significant and long-lasting legacies.

While the current state still seems a bit "out of joint", I feel confident that we will learn a lot from Covid and adapt together.