Fiction and the power of place 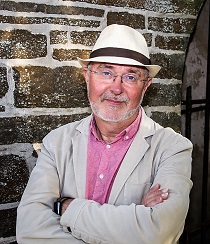 Are you a country girl or a city boy? Would a week in Las Vegas be a dream or a nightmare? What about a holiday in the Highlands? Is the city exciting and full of possibilities or a world of dangers just waiting to pounce? As in life, so in art - place is important.

Character and plot are often seen as the two sides of the fiction coin. Both are vital, but proportions vary depending on author, genre and style. We may learn little about the protagonists of crime novels beyond the characteristics required by the plot.

But what about sense of place? I would suggest it's also vital, and maybe much overlooked.

In the David Hidalgo series, a sense of place has been vitally important to both character and action. Almost all of my chapters are named after places rather than events. I tend to see Edinburgh and Spain - my primary locations - almost as characters in their own right. They live, breath, act, influence, throw up problems and offer possibilities to which the characters must react.

So why is location so important and what does a strong sense of place add to the narrative?

First, place is key to authenticity. As readers, we are primarily looking for emotional engagement with a good work of fiction. We want to feel involved and have our imaginations lit up. How better to do this than with strong locations? A burning, lifeless desert. The corrupt and decaying underbelly of the city. A windswept promontory looking out to sea. When these are authentically described we can find ourselves almost immediately in the shoes of of the character. We are there - burned by the sun, looking round for signs of danger, gazing across the waves wondering if the little boat will survive. 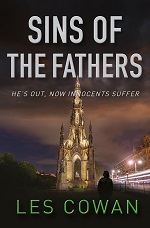 A good narrative can then take and build on what readers should already be feeling driven by setting. Are we looking for a lost child in the desert or staggering on to escape the villains? Is the city protagonist a detective tracking down a murderer or a Somalian refugee trying to make sense of a disorientating world of strange speech, colours and smells?

Second, character, plot and setting interact and drive each other along. David Hidalgo is Anglo-Spanish, brought up in Edinburgh but having spent most of his life in Spain. There he has a personal, spiritual journey ending up as an evangelical pastor, principally in drug and alcohol rehab in Madrid. This brings him into conflict with the controlling Latino gangs and leads to a tragedy that sends him reeling back to his childhood home as a broken, disillusioned man.

Now we have a tension between the two cities. Madrid was his place of growing up, finding his calling, finding love but also the place where he tragically lost it. Edinburgh has suddenly become both a place of refuge but also the setting that reminds him of what has been taken away. Every district and street is both a comfort and a reproach. But a new location also brings new possibilities. When the granddaughter of a church member goes missing, he has to choose whether to respond to the call or ignore it. It's in looking for the lost one in Edinburgh and in Madrid that he finds himself, redemption and unexpected love.

Places have an incredible power to influence behaviour. A mugging in the Underground forces bystanders to decide whether to intervene or not. The emotion of the moment is heightened by the sound of trains, the smell of stale underground air and the colours of messages on the advertising hoardings. The job of the author is to bring all of that to life so that readers find themselves present, hearing, seeing, smelling and feeling the power of the moment.

Finally, if we view place as a character in its own right, we might well ask, what sort of character is it and what is its history? As we move towards the climax of Benefit of the Doubt, book one of the series, David is driving alone across the dusty plains of Andalucia to face his nemesis. He can easily imagine the Knights of Calatrava having ridden there before him, perhaps led by El Cid himself driving out the Moors and reclaiming Spain for Christendom. Here setting and history are inextricably bound together.

The history and culture of Spain have inspired a good deal of the narrative in the Hidalgo series. David is by nature a spiritual man, and in book three, Sins of the Fathers (due out 31 October), he is faced by a crisis with profound spiritual implications. Ramon is a paedophile priest who, on release from prison, instead of feeling the guilty perpetrator, sees himself as the victim and is now bent on revenge against all those who testified against him - one of whom now attends David's English chat group in Edinburgh. As well as trying to protect another potential victim and apprehend the killer, David is confronted by profound matters of faith and doubt, troubling tendencies among the religious, and the question of what leads some to make such disastrous choices in life - and all this arises from the cultural setting.

So character and plot are key - but I would also plead for place to be in any triumvirate of fiction fundamentals. It lends authenticity, builds connection, informs narrative and finally is also great fun. Exciting, dangerous, threatening, exotic worlds are wonderful to explore for reader and for writer - whether Middle Earth, Middlemarch or the middle of Madrid. That's part of the beauty of fiction. Where do you want to go today? No passport required.

Sins of the Fathers by Les Cowan is out from Lion Fiction on 31 October.