Getting to know someone new 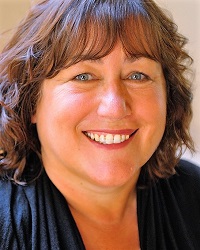 There is something exciting, but also terrifying, about creating a new series character - especially as I have been writing about my first detective, DCI Tom Douglas, for so many years.

Tom grew up in Manchester, as I did, and I can picture the road he lived on as a child, the places he visits, the scenes of the crimes he investigates. I know what he looks like, what he drinks and that he likes to cook. He feels like one of the family now, and I understand his moods, his passions and his fears. It is so easy to write about him - I know how he will react to every situation.

So why a new character?

The inspiration for And So It Begins came while I was visiting a women's prison. I was invited to talk to the prison book club, and they were an enthusiastic and engaged audience. Although it's hard to say too much without giving away the story of And So It Begins, suffice it to mention that the visit made me think about the lives of the prisoners and consider what might have driven them to make the choices they did. Some of them were serving life sentences, so had probably been found guilty of murder, or at the very least manslaughter. I thought about what their stories might be, how they might have found themselves in such desperate situations, and what might have happened to them if they had made different choices. The plot became clear in my mind very quickly. 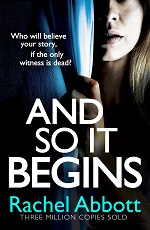 Initially I didn't see much of a role for the police, although when murder takes place so early on in the book there obviously has to be some police involvement - but I thought that once the body had been identified and the possible perpetrator arrested, that would be their job done. However, as the story developed and I got to know a bit more about Sergeant Stephanie King, I started to see a bigger role for her.

It was obvious from the start that this wasn't going to be a story for Tom Douglas, not only because I wanted the book to be set by the sea, but also because I needed the lead police character to be someone who had suffered her own emotional traumas, which may or may not result in her making misjudgements. I needed her to experience more internal conflict than Tom.

Stephanie begins the book as a uniformed sergeant, but she has always wanted to be a detective, so when the opportunity arises to work alongside DI Angus (Gus) Brodie on the murder, she jumps at the chance. From the minute I imagined her hearing his footsteps on the stairs I knew she had a history with him, although at that point I didn't know what it was - I could feel the chemistry between them, and their story almost wrote itself.

When I develop the plot for a book I always know the key points - who did what, why, where and how. I also have a deep understanding of the motives and personalities of my victims and perpetrators, because in my mind it's their story. The role of the police is one of solving the crime, and so it's only as I write the detectives into the book that I begin to discover who they are, what makes them happy, what sadness they have felt in their lives.

And that is the joy of writing a new series character. I don't yet know Stephanie inside out like I do Tom, but I am beginning to understand her. I recently made a trip to Cornwall so that I can picture the person I am starting to know in her own environment, and she is growing in complexity and interest in my mind.

Creating a new series character is a little like meeting someone for the first time and thinking how much you like them. You hope you're going to get along together, and you know you have only scraped the surface of who they are, what excites them and what worries them, but you are looking forward to finding out more.

And that's how I feel about Stephanie - as if I'm making a new friend.

And So It Begins by Rachel Abbott comes from Headline on 15 November.