Leo Carew on pursuing the otherworldly in life and writing 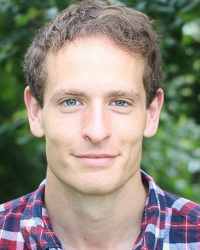 I spent much of this winter living on an abandoned island in the Hebrides, writing my second book. For six weeks, it was just me and my dog in a cabin without electricity, internet or central heating. I had a suspicion that the solitude might be good for my writing (it was), but that wasn't the main reason I was there. In fact, I was there for the same reason as I was writing in the first place, and because of the same motivation that has compelled me for as long as I can remember.

The pursuit of the otherworldly. The sense of things being eerily, profoundly different. Being confronted with fresh and alien sensations, either in my environment, or my own mind. Of the many wonderful experiences to which I have been privileged in my life, these moments are some of those I treasure most.

The island was certainly one of them: an experience I can honestly describe as transcendent. When I first arrived, dropped off by a fishing boat with panoply fit for a Victorian expedition, I found it rather intimidating. Everything was tainted by an oppressive silence, and the knowledge that I wouldn't see another soul for six weeks.

I tried to drown it with radio; with singing and reading and writing. I failed on all counts, but slowly, the silence became peaceful, and the isolation liberating. Two weeks into the experiment, that sense of peace and freedom had grown into a burning euphoria, which remained for the rest of my self-imposed exile. Everything around me took on a sense of significance, energy and symmetry, so intense that I would regularly spend an hour or more in silence, utterly captivated by something as simple as the interaction between sunrays and raindrops on the window. This sensation was so alien that I started to question my sanity.

I am not quite sure what caused this feeling (though it did vanish briefly when a sea-eagle attempted to abduct my dog). Perhaps it came from the solitude. Perhaps from being completely off-grid, with nothing to come between me and the wondrous landscape. Perhaps having each duty (chopping firewood, going hunting, charging oil lamps) followed so swiftly by an elemental reward (being warm, being fed, having light). Whatever the cause, the resultant state of mind made that six weeks truly otherworldly. 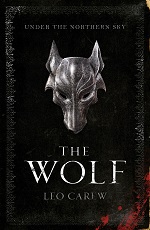 I now recognise that this sensation was what I was seeking when I started writing as a child. Aged 12, I began my first book. It was about 100,000 words, and is the same book that I rewrote on that Scottish Island. I never tried to get it published. I sat on it for a bit, thought about where the characters in it had come from, and then wrote a prequel (which became The Wolf).

Being unable to leave home and seek out physically otherworldly experiences, I explored them on the page instead. My unfortunate characters were wrung in the most testing ways I could envisage, suffering so that I didn't have to, in the vain hope of gaining insight of some kind.

Even before this, I was aware of a persistent and mysterious sense of being drawn to the Arctic. I had no idea where this came from, and when I got there for the first time, for an expedition aged 18, it felt very much like I'd come home. It was an experience like no other: as though a veil hanging between me and the world had been removed. Everything was a little more vivid, a little more significant, and compellingly alien.

In Arctic Svalbard, the cold is so potent that it alters the very properties of matter. Air is a corrosive substance which blisters your skin and freezes the hair inside your nose. Water may be lethal, should you encounter it in its rare, liquid state. Metals burn to the touch, and plastics crumble like badly-fired pottery. On some days, the snow and cloud fuse in a state known as "flat light", where the terrain evaporates, and any sense of where the ground ends and the sky begins is obliterated. Svalbard is Old Norse for "Cold Edge", and it is exceptionally well named. The rim of the earth, where land and sky meet.

Experiencing this cold universe for the first time was truly wonderful: like visiting another planet. Everything was so new and so fresh, and when I got home, my writing redoubled. Through three years spent at university, it was the only way I had to revisit that strange universe.

Often, I've gone looking for this alternate world and not found it. I once read that an ultra-marathon could be a transcendent experience, because you push yourself to new levels of endurance. In 2015, I gave it a go. It was indeed hard - really hard - but it wasn't alien. It did not require any more than conventional stamina (albeit quite a lot of it). It didn't give me any fresh insights or perspective. I certainly don't regret it, but it wasn't what I was after.

Altitude, when I have encountered it in the Alps and Himalayas, has this otherworldliness in spades. I love the thin air. Your lungs are always hauling, and always unsatisfied. This means you can't usually work hard enough to sweat, and your limbs rarely ache. Climbing high feels like the essence of exertion, where it is purely about breath. Everything you can see is jagged, white and beyond belief. It is a world of relentless focus, where mistakes are not tolerated. And it is wonderful. Pure, challenging, and most of all, otherworldly.

When I am writing, there is a particular state that I am aiming for, and I achieve about once a month. It is somewhere past self-consciousness, past distraction, and appears when I lose myself in the alternate world of the narrative. I find myself pulled by a familiar and compelling undertow, and the otherworldly bleeds through onto the page. The Black Kingdom - the country in which The Wolf is set - is endowed with the same alien thrill as the Arctic, and the same sense of capricious power. The same ability to obsess and compel the characters who move through it: to test their relationships and their personalities.

There is a story I want to tell, but for me, writing is mostly about reaching after that state of the otherworldly, one more time.

Leo Carew's The Wolf is out today (5 April) from Wildfire (Headline).