How fiction taught me feminism

Laura Bates introduces her first novel, the YA story The Burning 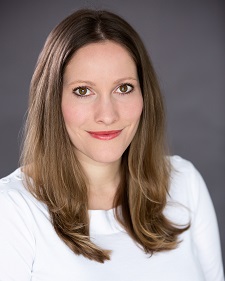 I had never heard of feminism until l was in my 20s. It sounds unlikely, especially amid the modern media frenzy over Kleenex "mansize" tissues and Gilette's "toxic masculinity" advert, but it's true. It wasn't something people talked about. It wasn't something they taught at school. I simply didn't know it existed.

What I did have, however, was an uneasy sense that things weren't right. I knew that women shouldn't have to fit neatly into the rigid and stereotypical boxes society provided for us. I sensed that I wasn't alone in chafing at the sexist abuse that followed me down the street. And part of me longed to stand up and shout back when I came up against blatant sexism from a classmate or a stranger.

Those ideas, which eventually gave me the courage to start the Everyday Sexism Project, and led to my first non-fiction book, didn't come from factual tomes. They came from fiction. From Jo March, who taught me that resisting every rule of expected femininity and decorum could be exhilarating instead of egregious. From Elizabeth Bennet, who showed me how to march muddy-footed over societal stereotypes. From the courageous protagonists of Malorie Blackman's Noughts and Crosses, and their battle against ingrained prejudice. I may not have learned about feminism, nor been taught the history of the women's movement, but the books I loved and devoured exposed me to arguments about inequality and provided me with inspirational role models for battling it.

As the Everyday Sexism Project developed and amassed hundreds of thousands of testimonies, I found that non-fiction was a wonderful outlet to transmit its findings to new audiences. Where brief media appearances allowed only the broadest surface scratches of the problem, a full-length book offered the space to delve into its causes, complexity and potential solutions. Writing non-fiction books allowed me to unravel the hidden connections between different forms of inequality, revealing the continuum of abuse that must be tackled if we are to solve the problem.

Visiting schools and universities
As my work continued, I found myself increasingly hearing from young women and girls about their own painful experiences of harassment and abuse, which often started at a devastatingly young age. This led to hundreds of visits to schools and universities across the country, meeting girls who had been followed home, groped on the Tube, raped by their boyfriends, and repeatedly told that it was their own fault, or that they shouldn't make a fuss.

In 2016, supported by a brilliant editor and desperate to throw a lifeline to the thousands of girls I knew were struggling, I wrote Girl Up, a field guide and love letter to young women. The book was a survival manual: a shield for those bombarded with online harassment, offline harassment, social media pressure and relationship abuse.

But I couldn't stop thinking about my own early engagement with books, and the fact that my teenage self was unlikely to have been part of the readership of a non-fiction book like Girl Up. I wasn't exposed to much non-fiction, fascinating though I might have found it, but I adored fiction, particularly young adult books and their heroines. I knew that the ideas and messages explored in young adult novels could spread like wildfire and have a profound and lasting impact on their readers. 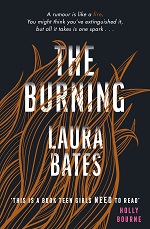 It was with this conviction that I developed The Burning, my first young adult novel, which juxtaposes the story of a young woman accused of witchcraft in 17th-century Scotland with the experience of a modern-day teen navigating sexist abuse. The story may seem shocking to some, but it weaves together dozens of the real-life experiences of girls I have met and worked with over the past six years.

So, for me, fiction and non-fiction have collided, in a way I hope readers will find as exciting as I do. I love non-fiction, both as a writer and, belatedly, a reader, but I passionately believe that fiction is as effective an avenue to explore ideas and challenge norms, particularly when its audience is as engaged, courageous and creative as today's young readers.

Since writing The Burning, I have been asked repeatedly which medium is more effective, particularly bearing in mind my ultimate aim of changing minds and shifting stereotypes. But I don't see any need to choose: there is such power, and joy, in both.