How readers found my novel in the Amazon haystack 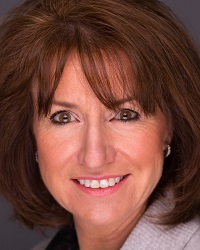 You may have heard it said that everybody has a book in them. But to quote the author and journalist, Christopher Hitchens: "In most cases, that's where it should stay."

Writing a novel is hard, no doubt about it. It's like filling a swimming pool with a syringe. But slogging away day after day trying to order 100,000 words into something people are actually going to read and, more importantly, enjoy, is a doddle compared to the frustrating and demoralising business of attracting a publisher.

Back in 2006, when I started my first book, The Letter, I was naive enough to believe that I would have literary agents queuing round the block to sign me up. I fantasised about being at the centre of a bidding war between publishers, top Hollywood actors clamouring to play the lead in the subsequent film. I would be asked to write the screenplay, it would win an Oscar, I would be invited to Elton's post-show party... well, you do need a vivid imagination to be an author.

Fast forward to 2012, and I had a small but growing pile of rejection letters. The fact I was in good company here brought little comfort. Beatrix Potter was rejected so many times, she had to publish The Tale of Peter Rabbit herself, producing just 250 copies. It has now sold over 45 million and counting. Margaret Mitchell's Gone with the Wind was rejected by 38 publishers. It has since sold 30 million copies and won the author the Pulitzer Prize for Fiction. After receiving 30 rejections for his novel Carrie, Stephen King chucked it in the bin. Thank goodness his wife fished it out again. His books have gone on to sell over 350 million copies.

To be fair, agents have a difficult job. Most of them are inundated with unsolicited manuscripts and are extremely busy looking after the authors they already represent, so they need to be confident of a book's strengths, including not only the writing but also the marketing potential and the author's ability to produce further novels. It's a subjective process, though. An editor once told F Scott Fitzgerald, "You'd have a decent book if you'd only get rid of that Gatsby character."

The odds really were stacked against me, but I'd taken six years to write The Letter and couldn't just leave it festering away in a drawer at the back of my filing cabinet. After all, I'd written the book with the primary objective finding readers. So, with much trepidation, I decided to have a go at self-publishing.

With the advent of the digital age, it has never been easier to self-publish a novel. In 2013, almost half of all adult fiction titles bought in the UK were ebooks. Of these, one in five were self-published. I decided to take the plunge with the help of a dedicated self-publishing company, which converted my Word document to the required format and put the book up on Amazon, where it entered the chart at number 337,000!

Talk about the proverbial needle in a haystack. There are over 2.5 million titles in the Kindle store. That's a lot of books. How was anybody ever going to find mine? I didn't have a publicity machine; I didn't even have a contraption. I had a Twitter account, with five followers, all of whom I was related to. I put up posters in my village. I had some business cards printed and left them in cafes, libraries and many other public places. I'm not sure how effective this "publicity campaign" was, though, because after 10 months I had sold only 100 copies or so. Nobody was beating my door down. Stephen Spielberg had not been on the phone. 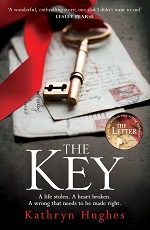 In April 2013 I decided to make the book free for five days on a Kindle countdown deal. That turned out to be one of the best decisions I've ever made. During those five days, nearly 10,000 pepole downloaded it. After that I kept the price low at £0.99, and The Letter began to sell in growing numbers until, in November, the unthinkable happened: it reached number 1, knocking Gone Girl off the top spot! To this day, I have no idea how that happened, but never underestimate the power of word of mouth.

By now, not only was I visible to potential readers, but also to publishers. I was fortunate enough to be contacted by Sherise Hobbs at Headline, who had read The Letter and wondered if I would be interested in a traditional publishing contract. After all those rejection letters, a publisher was contacting me! Headline brought out the paperback edition of The Letter in 2015, a full nine years after I had first thought of the idea.

Writing my second book, The Secret, was a whole new experience. I had a deadline to meet, and could no longer swan around coffee shops with friends, or spend hours on the internet watching videos of people falling over, or take quizzes to find out what kind of fruit I was. Procrastination is an artform, and one I am particularly good at.

Working with a traditional publisher is a collaboration. All I need to do now is write the story. I don't have to worry about the cover, the blurb, the marketing, the printing or where the book will be stocked. There is a fantastic team at Headline who see to all that. Even when I have delivered the manuscript to my editor, that's not the end of it – in fact its just the beginning. We will work together to try to make the book the best it can be, and if we can't agree on something, then one of us has the final say. (Clue: it's not me!)

I remember that when I delivered The Secret to my editor, she felt the ending was not quite right. Without giving the plot away, it was not the ending the reader deserved. I was so reluctant to change it, but I'm glad I did because it turned out Sherise was correct and the book is better for it.

Now, my third book, The Key, is about to come out. After taking six years to write one book, I've written two in as many years. It's amazing what you can achieve when you stop procrastinating and just get on with it.