It's going well - but don't get complacent 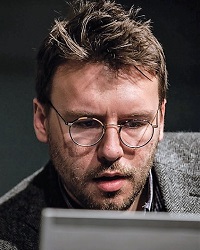 Publishers like nothing more than to complain. Times are always tough and never seem to get better. But, whisper it, that hasn't been true over the past few years. Sure, making money from selling words is never simple, but there has been a remarkable recent run for the traditional trade publishing industry. What happened? What went so right, from an industry on the rocks just five years ago to the flourishing and confident one today? And does that create its own new dynamic - and its own new risk?

Principally this is a story built, as most commercial success stories are, on a recovery in sales. From 2014 onwards, the huge trough that built up in the years after the crash, which saw real term falls in sales across the UK, US and many other territories, started to reverse. If anything was going to deliver a surge in confidence, this was it. What's so interesting about this recovery is how, in differing ways, it depends on a host of unanticipated side-effects of digital technology, and how the book world was creative, and lucky, in adapting to this. For example, in the recovery of recent years hardbacks have come back, especially in areas like non-fiction.

Offline culture
This can be seen as part of a wider turn towards material culture in an age where we all spend about 95% of our lives staring at our phones. Actually people wanted something else, something "real", and books were a good antidote. Part of this shift towards artisanal, local and experiential forms was to the benefit of live book events, like festivals and readings, and the classic indie bookshop. Both could now be marketed as a kind of explicit offline culture, tangibly present, unrepeatable, hyper-local, idiosyncratically curated forms of business and life that thrived in precisely the ever-globalising and homogenising arena of digital culture. Again, the book world had something, responded and saw growth.

Another aspect was a growing unwillingness for parents to condone a screen-first life, and a corresponding appreciation of the value of books and education. This led to a phenomenal bull run for children's books - clearly good news in and of itself, but also a promising omen for the future. The next generations of avid readers are being built before our eyes, and like the Harry Potter generation before them, could end up as lifelong bookworms.

At the same time, there seemed to be a shift in public mood against the technology platforms. Not only in Brussels, but also in Washington, there has been a new willingness to look closely at these giants' businesses. They not only started facing regulatory scrutiny, but also mounting public scepticism.

Books had moved on from the eye of the storm. Now only a small part of Amazon's business, they were only ever a small part of a wider mobile and content strategy for companies such as Google and Apple. TV is the new battleground for content and is being fought over by these giants on an epic scale. Meanwhile, publishers have quietly continued going about their business, finding and publishing great books, cultivating readers.

In all it adds up to the "new publishing", built on the back of new-minted conglomerates, a return of sales, a comfortable co-existence with digital media (ebooks, blogs, social media), but also a thriving place in an offline world. It's back to the days of big rights deals and big advances. But this is also a business that has become more conscious of its gender, racial, class and geographic biases; if it hasn't fixed them, it at least knows they are there. At its heart, this new publishing is basically identical to the old publishing, but with a few additional bells and whistles.

But there's a "but"
And that is where the "but" comes in. This new publishing is an altogether more comfortable and stable place than the publishing of a few years ago, and is probably a better place for employees and authors alike. It's also dangerously, and at times depressingly, complacent. Publishing as a whole was given an opportunity to reinvent itself. Some parts of the industry, like elements of academic and education, grasped this opportunity and have achieved an extraordinary transformation. Many of them managed entirely to shift their business models and working practices in only a few years - a difficult process, but one which has seen the entire sector changed. This could be the way a giant like Elsevier integrates a start-up like Mendeley, or it could be more grassroots efforts like the Public Library of Science.

It's startling that when you look at trade publishing, there is almost no re-invention whatsoever. The amount of change over the past decade has been wildly overstated. This isn't necessarily a bad thing. Arguably it's this that let publishing ride the digital wave: sticking to the tried and tested has been vindicated by the results of recent years. It is satisfying to see the hyperbolic discourse of "disruption" disproved in real time.

Yet I can't help but feel that this complacency isn't a good idea in a world where those technology platforms have not gone away, but rather are investing billions in new forms of entertainment and information delivery, a world where people's time, money and concentration are all experiencing new pressures. A few years ago book retail in some countries (including the UK) was in a parlous, frightening place; that could happen again. Being willing to take on huge, daunting challenges - to ask the hard questions, to actively pursue new kinds of business, to imagine new models and products - is one of the hardest things to do in any sector.

Just because times are, as we say in Britain, "not bad", doesn't mean ignoring these challenges. In fact, it could be just the time to tackle them. We should do it.

Michael Bhaskar is co-founder and publishing director of the digital publisher Canelo and author of Curation: The Power of Selection in a World of Excess. He can be found on Twitter @michaelbhaskar.