Keeping us all on our toes - getting our authors discovered 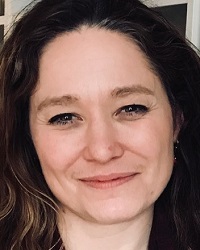 The thing I love about book fairs is that I am obliged to talk about my books and authors for a week to everyone I see, all the time. I may lose my voice and at points my ability to construct a sentence, but the reason I still find this job fascinating after so many years is that there are always new books and new stories about books, and there's the possibility of a new favourite book just around the corner. In the real world I find small talk difficult and can't remember the names of my nephews or which of my friends' partners is called David, but I can talk about books and the stories surrounding books until the early hours and beyond. I have never - yet - got bored.

I love publishing because it doesn't play to formulae, and something always happens that no-one could predict. It keeps us all on our toes. I can't think of a time when there haven't been challenges in publishing or when the industry hasn't adapted to meet them, but at this moment my particular worry is that the market is being led by the success of a smaller number of titles, and that we are looking at a polarised publishing climate that makes risk-taking more difficult than it should be, particularly for literary fiction. There is a feeling of feast or famine, both on submission and publication, but is this a problem?

For a book to work commercially it needs support from booksellers, prize judges, critical commentators and word of mouth, all hopefully leading to bestseller lists. Success in these areas also leads to discoverability in international markets, a key contribution to an author's ability to keep writing. I believe it is essential to the health of publishing that as many voices are discovered and celebrated as possible, and that new discoveries are made every year (not just debut authors, but seasoned authors being discovered for a new work). The importance of diverse voices and experiences has been well argued by others, and it's good to see efforts being made in these areas. But are enough voices being given the opportunity to break through? Are independent publishers able to take up the slack as corporate publishing becomes more risk-averse?

In the UK we are particularly dependent on two discoverability mechanics: prize lists and retail promotions. We are lucky to have a number of new prizes specifically set up to find new voices, and they are doing it brilliantly, but there are only a few prizes that on their own make a marked difference to sales. In the literary sphere the recent changes to the Man Booker Prize have affected the number of undiscovered voices that can find a new audience, both at home and internationally, due to the inclusion of American authors. I'm a fan of many of the US authors honoured on the recent shortlists, but for an American author to be eligible they have to have a UK or Irish publisher, and that generally means they will already have an audience and have been recognised on other prize lists. It means UK publishers have to look at other ways to break through an author who doesn't already have an international profile.

Prizes are important in themselves and also as a way to encourage retailers to support an author. With fewer prize slots available for undiscovered writers we are more reliant than we have been before on a book being chosen for a promotion or booksellers deciding to hand-sell a title. I was told recently by a bookseller - when I asked why the small chain bookshop we were in didn't appear to have any copies of a recently published hardback - that they had a “reactive” buying policy, and no-one had bought the one copy they had so they weren't ordering more. I know this is not representative of booksellers in general, for whose passionate support of many titles in blogs, vlogs, tweets and in person I am so grateful, but it worried me that it might be closer to the policy of the head office buying teams, where orders are predicated on previous sales success and the numbers are cautious for any title or author that has not already been discovered or included in a promotion. (The paperback of a recent literary title had an order of only 300 from a major chain despite impressive coverage on hardback publication, and I was told this was disappointing, but not unusual). How can a reader discover a book and author if they can't find it in a shop or if it's out of stock online? We need our retailers to be profitable just as we need our publishers to make money, but ideally not from the same pool of 100 titles.

All this aside, I still love walking the halls at Olympia and sharing news of brilliant writers and projects with my publishing colleagues and friends, and celebrating the great new voices that have been recognised over the last year.

Lucy Luck is an agent with Conville & Walsh and a committee member of the Association of Authors' Agents.