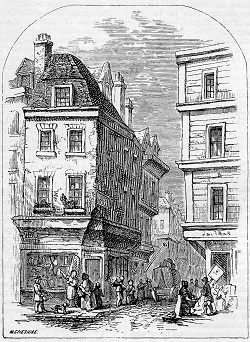 There seems to be little to be gained in joining the argument about whether publishers are denying authors a fair cut of the proceeds from book sales until we know more about the methodology and findings of the ALCS survey that has prompted it. But a couple of points may be worth mentioning.

The first, and no doubt one that publishers will deploy in their defence, is the substantial sums that leading houses commit to advances. Bloomsbury's recent accounts, for example, show advances of more than £22m, as well as a provision of more than £5m against upfront payments that are not expected to be earned back within a year (or perhaps ever). When Bloomsbury and others set advance and royalty payments against net revenues from book sales, they may well find that they are paying authors about 25% of the receipts. As a percentage of the profits, that sum may represent an almost 50/50 split.

Most authors - certainly, one suspects, most authors who took part in the ALCS survey - will respond that these figures have nothing to do with them. They are earning puny advances. It is another example of a system that is weighted in favour of the elite, who enjoy upfront payments that, as percentages of sales, are more generous than the royalty payments on which the majority have to subsist.

There is something in this, is the second point. Royalties have been eroded as a result of the concentration of retail power in the book trade. Let's say you have written a book with a recommended price in paperback of £10. Your publisher sells it to a chain bookseller at a discount of 55%. Paperback royalties start at 7%, so you get 70p. But hang on, no you don't: because of the discount clause in the publisher's contract, you get only 3/5 of the rate - 50p. So £9.50 of the price of this £10 book is bypassing the person who wrote it.

This author's own two print books achieved very few sales that generated full royalties. From one point of view, that is flattering: at least the larger booksellers thought that the books were worth promoting. From another, it's depressing: chunks of what might have been my income were being claimed by others. At the least, publishers and agents might work together on a remuneration system that is not based on a standard so rarely achieved.