As the Florence Nightingale bicentenary approaches, Katharine McMahon reports on returning to her novel about the nursing pioneer, 15 years on 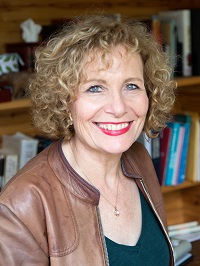 The Rose of Sebastopol was born out of my life-long obsession with Florence Nightingale. As a child, I was hooked by the images in my Ladybird book about her, and then by the biography by Cecil Woodham-Smith, which to me read like a fairytale. Nightingale's girlhood of frustration and thwarted ambition led to international fame; 30 years of intellectual starvation was a prelude to 50 years' hard labour, during which she established nursing and midwifery as professions, and helped reform military medicine.

A novel set partly among the battlefields of the Crimean War was an ambitious project for a writer who had never travelled beyond Europe. But I discovered the wonderful symbiosis of research and fiction that - if I'm lucky - happens halfway through the writing of a book. A trip to the Crimea to see the landscape for myself finally gave me the clue to where my heroine, Rosa, disappears. And the realisation that the Crimean War was the last to be "hand-sewn" gave Rosa's much more timid cousin, Mariella, a new dimension.

After the book was published, a miracle occurred. It was shortlisted by Richard & Judy for the British Book Awards, was propelled into the Sunday Times bestseller list, and sold internationally.

But the ending was always problematic for some. Amazon provided me with the views of readers who'd loved the book - until the ending.

I'm a fan of Little Women, and a couple of summers ago visited Louisa May Alcott's house in Massachusetts. I had not realised until then how far Alcott's writing of Jo's romance and marriage was directed by reader feedback. 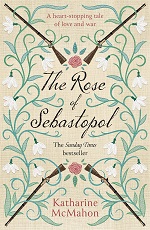 Why not, I thought, revisit the ending of my book? Not to change it, but to add a further chapter. 2020, the bicentenary of Nightingale's birth, seemed like the perfect opportunity - I had no idea last summer how terribly poignant a return to Florence Nightingale would be. So my inspirational editor, Juliet Ewers, helped me plan a reissue. All I needed to do was to write the chapter.

I was excited by the prospect of returning to a period, landscape, and characters I loved. But as I began to write I realised that I'd set myself quite a challenge. Fifteen years of life and four more novels had gone by since I wrote that book - I was a different woman and a different writer. And the world had changed - Putin had invaded the Crimea, we'd fought fresh wars, become embroiled in the moral and political struggle that was Brexit, seen the rise of the #MeToo movement.

I had ended the novel at the point where the heroine, Mariella, and the hero, Max, might make a future together. But given the tragedy of war, I'd made no promises. And now I found myself with a surprising number of options. Should I go for the 10 years later" option, and depict my heroine in an English garden with a clutch of offspring? (See Louise May Alcott). Or established in a nursing career, in the footsteps of Rosa? Should I send her to India, to struggle yet again with the brutal consequences of Britain's imperialism? Or have her set up a sewing school for military wives? Should she marry her lover or not?

In the end I chose the most straightforward course: I pinpointed the exact moment in the war at which I'd left the novel. In memory, I returned to my own excursion to the Crimea and gazed out over Balaklava Harbour, where I had once stood with a friend, and imagined it crammed with dozens of British ships. I re-acquainted myself with some of my favourite characters: the heroine's mother, well-intentioned but highly eccentric; the harassed official, Barnabus, in charge of arrivals and departures; the Irish maid, Nora, who finds liberation and vocation in the Crimea; and Mrs Shaw Stewart, one of the few nursing colleagues that Nightingale truly admired.

And a particular vessel sails into the harbour, bearing a very special passenger. The staff in the military hospitals quake, because Florence Nightingale has arrived.

It was indeed a challenge, but ultimately a joy. I write this piece at a moment in history when the spotlight falls once again on the tragedy of patients who struggle to survive and the heroic endeavours of those who care for them. Nightingale became a beacon of hope in the calamity that was the Crimean War. Above all, I relished revisiting her life, with all its frustrations, paradoxes, heartbreaks and sheer graft. She was an astonishing, resilient, gifted, witty woman. One in a million, who inspired hundreds of thousands more.

Weidenfeld publishes a new edition of The Rose of Sebastopol by Katharine McMahon on Thursday, 30 April. The 200th anniversary of Florence Nightingale's birth is on 12 May.