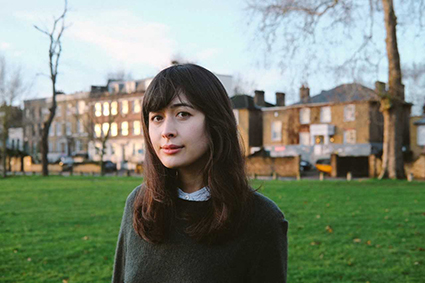 Rowan Hisayo Buchanan's first novel Harmless Like You was a critical success, and her second novel, Starling Days (Sceptre), has also been hugely popular with both readers and critics. Because of the Covid-19 pandemic, though, plans for its American release this week have changed. Here she talks about her donations to Feeding America, the inspiration behind Starling Days, and writing in isolation.

How has the pandemic affected the release of Starling Days, and how did you come up with your plan to combat it?
It's been a process. The first measure was to cancel my tour and all other in person events. We then talked about how to go online: April 17 at 12pm EST I'll be doing a virtual event on @astoriabookshop's Instagram page. My publisher made me some beautiful graphics. But I realized I felt uncomfortable talking about Starling Days without acknowledging the global disaster. I kept putting off posting about it on social media, even though I knew I was failing at my job by not doing it. I'd worked on this book for years. I still believed in the themes of my book - that it is important to write about how to tell yourself the story of your life, the ways in which physical and mental health are linked, and how you build a life with another human. But I could feel myself struggling to give it a final necessary shove into the world. Then I had an idea. I'd had the cost of my book-tour flights refunded. This meant I had a portion of my book-travel budget left. I decided that for each proof of purchase sent to me, I'd donate 50% of the book's cost to Feeding America, until I ran through that budget. It was a way to talk about my book and to use that tour money in a way that would benefit some of the people struggling most right now.

How do you feel about the way that the book industry is standing up against the pandemic?
It seems like we're all just trying to figure it out. I've seen editors and writers and booksellers all trying to find ways both to support members of the publishing community and those outside of it. I've seen authors raising funds, or offering mentorships to those stuck at home, or just sharing tips and resources. I don't think anyone has the best answer or the only answer. But I hope our combined efforts can dent this disaster a little. 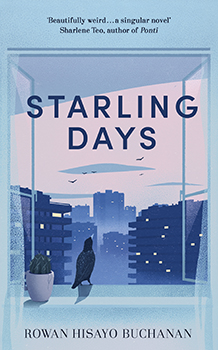 What inspired you to write Starling Days?
Like most novels, it had many beginnings. One was that I had many loved ones who suffered from different forms of mental illness. As a teenager, I had undergone a fairly severe period of depression. I was frustrated that in many accounts of mental illness the question was just would you or would you not die. But I was interested in what it took not just to live but to make a life. And particularly what it takes to make a life with another person. Starling Days begins with an event that looks like a suicide attempt and asks what comes next? Where do you go from there?

Starling Days moves from New York to London. Do you enjoy exploring place in your writing?
Place quite literally grounds me. I can make up characters and plot. But I need to go be in the physical place that I am writing about. There's a scene in the book that takes place in a crowded flower market and as I wrote the novel, I took multiple trips back there to make notes of sound and detail. I even took sound recordings on my phone.

How did the experience of writing your second novel differ from that of your first?
My first novel was written in a quiet almost fugue like time of my life. I knew barely anything about the practical side of publishing. It was a book written because I was trying to put down a story that mattered to me deeply - why would a mother stay or go. In between Harmless Like You and Starling Days, I wrote a draft of a completely different novel. It was a novel that wanted to make everyone happy. I lost what mattered to me. Writing Starling Days, I had to find my way back to the questions that mattered to me. In this case, how do you make a relationship work when one person feels mentally out of control?

What's the best piece of writing advice you've ever been given?
Write as close to daily as you can. Even a few minutes counts. When I follow this advice, I find myself dreaming about my characters. My world becomes their world and each time I sit down at my desk becomes a little smoother and easier.

Are you working on anything at the moment - and have you found that isolation has changed the way you write and create?
I'm having trouble thinking in terms of longer projects. It's hard to imagine what the world and publishing will look like even six months from now. So, I'm trying to take on smaller experiments - painting in a style I haven't before, playing with genre. Even if those projects go nowhere I feel like I'm building an artistic toolkit for that vast unknown future.