The literary world of Me Too 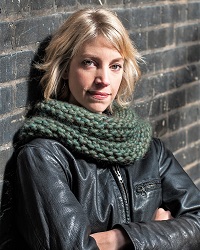 The Me Too movement certainly does not mark the first time women have instigated widespread change in our society, but it may be unique in its scope, speed, and sweep. Moving from a social-media hashtag to courtrooms and classrooms around the world, Me Too has impacted not just politics but all aspects of entertainment and culture - including writing and publishing.

My recent novel The Red Word, published by Irish indie Tramp Press, deals with gender politics and rape culture on a university campus, and has been tagged a Me Too novel despite the fact that I began work on the book in 2013, long before the movement began. But it makes sense that readers, as well as publicists, want to connect the dots between what they're reading in the headlines and what they're reading in their spare time. A whole crop of recent and forthcoming novels, memoirs, and essay collections explore themes related to sexual harassment and assault, trauma and recovery, gendered violence, and toxic masculinity, as every imprint scrambles for its "Me Too title" of the season. 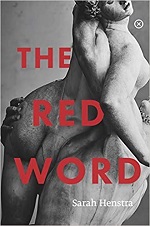 This seeming glut of books addressing rape culture is good news, a (partial, potential) corrective to longstanding sexist assumptions in the publishing industry: feminism doesn't sell, male writers' books are more prizeworthy, women's fiction needs to be "light", women need a special category called "women's fiction", and so on. The realisation that people want books that truly reflect their experiences - tough though those experiences may be in a violent, misogynistic world - is a game-changer for books. In this sense, Me Too is just one prong in a much broader campaign to increase diversity in publishing, both in terms of the kinds of stories chosen and at the structural level, where acquisition, editing, and marketing decisions are made. Both authors and and publishers are being challenged to make room for more diverse voices, rather than appropriating or capitalising on the experiences of minority groups.

Me Too affects me not just as a novelist but as a reader and a university English professor. Newly understood concepts like consent and predatory masculinity change the way I read my favourite male novelists, from Kerouac to Hemingway to Nabokov, whose Lolita I now hesitate to assign in my undergraduate classes. How can I justify teaching a text that encourages its readers to excuse the horrifying actions of a pedophile, or at the very least to sympathise with him? I may believe, at a personal level, that the literary merits of these books outweigh their blithe misogyny, but I will have a tough time winning that argument against my indignant or even traumatised students.

At the same time, Me Too is generating renewed interest in stories that were formerly sidelined because of their bold feminist themes or "unlikeable" female characters. Second-wave feminist texts like Lorde's Sister Outsider and Dworkin's Pornography: Men Possessing Women are finding a new generation of readers; novels like Atwood's The Handmaid's Tale and Wolitzer's The Wife are finding new life on screen. I believe that discovering this historical continuity is vital for the current feminist moment. I chose to set The Red Word in the mid-1990s in part because that was my own university era (so I could trust to memory as well as research for the details) but also because I wanted to explore the contours and lasting impact of third-wave feminist ideas as they shaped my characters' thinking and behaviour inside and outside the classroom.

It's been exciting to witness how Me Too has gained traction and momentum by growing from an intense but localised social media conversation to a revolution in thinking across all facets of culture about gender, voice, sexuality, and power. My hope for The Red Word is that it will serve as one point of deep connection for readers amid this wider, ongoing discussion.

Sarah Henstra's novel The Red Word, which won the Canadian Governor General's Literary Award, is out now from Tramp Press. She is also author of the young adult novels Mad Miss Mimic (Penguin 2015) and We Contain Multitudes (Little, Brown 2019).