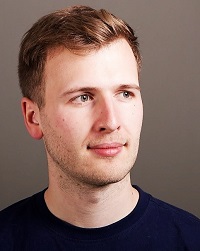 I have a confession to make. I'm a fraud. I'm not a proper author, unlike the people who normally write these sorts of articles. I released a children's novel last year, yes, but I have a deep, dark secret that makes me a charlatan.

When my publisher spoke to me about writing a second book I was in shock. It had been a minor miracle getting The Mirror and the Mountain, my debut, published. Call it luck, providence, being in the right place at the right time, or whatever you like. Despite years of writing for fun, I hadn't been able to conceive of the notion that someone like me could get published. But, unexpectedly, I found myself with that holy grail of the authoring world: my first publishing contract.

The Mirror and the Mountain did sufficiently well for the publisher to ask for a sequel, and this blew all my expectations. But the surprise victory left me with a crippling sense of guilt. My publishers didn't know my deep dark secret. If they did, they would know not to publish me.

The Mirror and the Mountain was written as a standalone story, but there were enough loose threads and half-formed ideas for me to put together a proposal. One side character had caught my attention in the first book. I'm not sure where he came from. He certainly hadn't been planned. He just sort of appeared. He wrote himself into existence and left me with tons of tantalising questions. 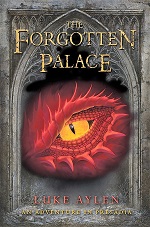 At almost six foot tall, Antimony stands out in a community of dwarfs. But it's not only his height or lack of beard that makes him somewhat peculiar as a dwarf. He thinks differently. His brain is wired in a way that lets him see the world unlike anyone else. Antimony sees patterns and the complex mathematics that underpin the laws of physics. In our world, he might be diagnosed as having high functioning autism.

Rather than acknowledging this mental superpower as a strength, however, Antimony desperately wants to fit in. The world he inhabits isn't designed for someone like him. In the course of his story, through all sorts of bizarre and magical twists and turns, he finds himself challenged to the very core of his identity. Without giving spoilers, the book climaxes with Antimony's crisis of identity and belonging.

As I wrote The Forgotten Palace, I connected strongly with this odd dwarf. As Antimony's story unfolded, I realised there were parallels with my own experience. He mirrored my own insecurities. He shared my feelings of inadequacy. He was - different. In appearance, sure, but also in his way of thinking. His unique wiring unlocks other parts of the brain with incredible results and potential.

Antimony's difference, which he perceived as negative, resonated with my own experience of having dyslexia. A dyslexic author sounds like a contradiction in terms. I certainly always thought so. I feel like an imposter in forums of writers who voraciously devour book after book in order to hone their craft. Even with audiobooks I can never keep up. I didn't know how to spell my middle name until my GCSEs! I physically sweat when signing books for fear of spelling a person's name wrong. Even if I manage their name correctly, I still can't relax, as I regularly misspell my own name (that stupid pesky "L" in "Aylen"!).

The biggest hurdle in becoming an author has not been the practicalities of getting a book written or published, though these have been a huge amount of hard work. It's been overcoming the self-doubt that stems from feeling different and, therefore, worse. It's taken Antimony, my main character, to remind me that even though my brain is wired differently, it doesn't make it worse. In fact, for every struggle there are wonderful positives, all the more valuable because of their rarity.

My reading may still be slow and my spelling, er, creative - but that's what editors and proof readers are for. The brilliant, long-suffering editorial team at Lion Hudson diligently fix my mistakes. They have taught me that it's not spelling and punctuation that make you an author: it's story and imagination. It's the magic that creates an entire world; the empathy that allows a writer to enter the mind of another in order to narrate their steps. These are the parts of my brain that dyslexia unlocks.

Like my character, Antimony, I have something to bring. I can belong in the community of authors. Every author is unique. If that wasn't the case, we wouldn't have so many wonderful books that delight, speak to, and inspire billions of equally unique readers. Antimony has taught me to be unashamed of my dyslexia - to celebrate it even.

I wish I had known that "dyslexic author" need not be a contradiction in terms. We need more dyslexic writers, because the dyslexic mind overflows with imagination and creativity. We need them to inspire the next generation of authors and to change the lie that dyslexia is a problem. Maybe Antimony will be able to inspire others, as he has inspired me.

Luke Aylen's The Forgotten Palace, sequel to The Mirror and the Mountain, is published by Lion Hudson.