Writing about what you don't know

Simon Beckett has forged a successful career as a thriller writer thanks to a simple rule: ask an expert 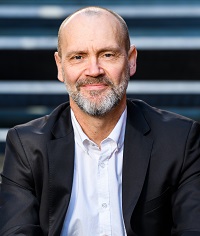 The traditional advice for aspiring novelists is to write about what you know. For most of my career I've done pretty much the opposite. I make my living writing novels about a forensic anthropologist - someone who can glean information from decomposition and the bones of the dead - despite the fact that I'm not an expert myself. My own scientific career came to a premature end when I failed A level biology and chemistry, forcing a hurried switch to English literature instead of the biochemistry degree I'd planned.

Even my introduction to forensic anthropology came about by accident. In 2002 I was working as a freelance journalist, writing about anything that paid the bills, when the Daily Telegraph magazine commissioned me to write about a new crime scene training course for US police officers in Tennessee. I'd be shadowing them at a unique outdoor facility called the Anthropological Research Facility, also known as the Body Farm, since at the time it was the only place in the world that used human cadavers to research decomposition.

I'd never done anything like that before, and my main concern was that I wouldn't faint or embarrass myself. I didn't. To my surprise, I found the entire experience fascinating, so much so that after my article was published, I wrote a novel inspired by what I'd seen. Set in the UK, The Chemistry of Death is narrated by David Hunter, a former forensic anthropologist now working as GP after a devastating personal tragedy. We see through his eyes as he's reluctantly forced back into his old calling when someone he knows is murdered. And, in the process, is brought back to life himself.

"One skill was how to carry out enough research to sound knowledgeable about a subject, even if I wasn't"

At the time I'd no idea it would turn into a series. But if the story was going to work, I knew I had not only convincingly to portray Hunter as a specialist in a highly esoteric field, but also make what he did accessible and interesting to readers. Fortunately, working as a journalist had taught me some useful skills. One was how to carry out enough research to sound knowledgeable about a subject, even if I wasn't. The other was even more basic: if you don't know something, ask someone who does.

Since all of the six Hunter novels deal with a different forensic "theme" - the preservative effects of peat, say, or what happens when a body is burned at high temperatures - it means I have to research different topics each time. Over the course of the series, as well as forensic anthropologists, I've picked the brains of forensic ecologists, entomologists and archaeologists, not to mention police officers and various other specialists. In my experience, most experts I've approached have proved more than willing to help out. Which I'm hugely grateful for, since it provides a degree of authenticity that would be otherwise hard to achieve.

Occasionally, I've had the opportunity for more hands-on research myself. On the last day of my visit to the Body Farm in Tennessee, for instance, I was "invited" to help police officers unearth human remains buried six months earlier, as part of their crime scene training. And for the fourth David Hunter novel, The Calling of the Grave, I was allowed to take a body recovery course run by Teesside and Durham Universities, the sole non-police officer or CSI to do so.

Experiences like these have given me some insight as to what this grim work entails, but for the most part I rely on the people who do it for real. There are several experts I call on regularly, who have been providing me with background information since early in the series. Sometimes I'll meet with them face-to-face or talk over the phone. Usually though, I'll email questions or else ask what would happen in a specific, generally bizarre, situation. How accurately can you use decomposition to estimate time-since-death in an insect-proof room? What happens to a body when it's been immersed in water for weeks? Brackish water, mind, because obviously fresh or saltwater would be too easy.

"How accurately can you use decomposition to estimate time-since-death in an insect-proof room?"

If it's something relatively simple the response generally comes back quickly. More complicated queries take longer. And I've come to dread the replies that start, "Ah, that's a really good question…", because that usually means the answer isn't going to be straightforward. Assuming there even is one. 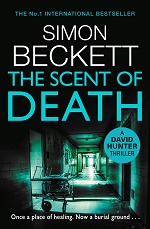 For the latest book, The Scent of Death, Hunter is called out to an abandoned hospital when partially mummified human remains are discovered in its loft. That seemed fine at first, until I realised how complex mummification is (it can and does occur naturally, by the way), and that the information I was looking for didn't actually exist. The same problem arose when I wanted to distinguish between different types of burns to bone, only to learn that was yet another grey area.

Sometimes when that happens there's nothing you can do but write off whatever bright idea you came up with and try to think of an alternative. More than once I've had a book grind to a halt when the forensics underpinning it didn't hold up. But it can also work in the story's favour, forcing you to acknowledge gaps in Hunter's knowledge and incorporate them into the plot.

Of course, not all the research makes it into a novel. I write fiction, not text books, so the last thing I want to do is swamp readers with details, authentic or not. But I never discard anything, having found that it may well come in useful further down the line. And even if not, I've still learned a little more about our physical world than I knew before. Such as the fact that, at certain times, a decaying corpse can smell like freshly cut grass, or that decomposition produces a substance also used in the manufacture of perfumes. Which actually did make it into the latest book.

But if I hadn't asked, I'd never have known.

The Scent of Death by Simon Beckett is published by Bantam Press on 18 April at £18.99.