Emma House reports on the introduction, and potential risks, of a new scholarly communications licence 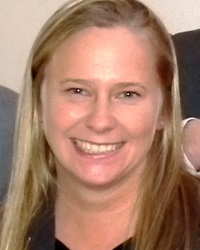 The publication of the latest report on the UK's transition towards open access is imminent, and is expected to show that we are ahead of the game. The progress the UK has achieved in this area is largely due to the collaboration that publishers, institutions, funders and other stakeholders have fostered since the publication of the Finch report in 2013. All the stakeholders have been working together on systems to assist the transition as well as provide efficiencies for everyone.

This collaboration and progress could, however, be at risk with the introduction of a new scholarly communications licence (SCL). The licence, developed by a group of librarians, rides roughshod over agreements between authors and their publishers by claiming a pre-existing, non-exclusive, and extremely unclear agreement between authors and their employers. This would not leave publishers with sufficient clarity to operate the existing subscription business model for scholarly journals. Furthermore, the licence would empower librarians to make the work available to the public via the institution's repository immediately upon publication. Normally works made available via the institution's repository are made publicly available after an embargo period of at least a year to give publishers time to recoup the investments they've made in the article's publication.

The impact of this is significant for publishers, as well as for the research community. When researchers publish their work they currently have a choice over which open access route they would like to publish under. One route (the Gold open access model) requires authors, funders or their institutions to pay an article processing charge so that works can be made open access immediately upon publication. The other route (the Green open access model) allows authors to publish their work without facing any publications costs, with their manuscripts instead being available after an embargo. Embargo periods vary depending on the discipline, and thus provide important flexibility in the way the Green open access model operates.

To be clear, the Green open access model is not a business model in its own right but relies entirely on the subscription model to operate in order for publication costs to be recovered. While the SCL will not affect research published under the Gold route, it would have severe implications for research published under Green open access, under which 80% of researchers choose to publish at the moment. Green open access needs to be symbiotic with the subscription business model if journals are to continue to operate. Inflexible approaches to Green open access, including the scholarly communications licence, work against publishers rather than ensuring the research community collaborates to achieve the UK's open access policy goals. Adopters of the SCL would ignore the publisher embargo and make the work available immediately. This would undermine the investments that publishers had made in bringing the article from submission to the point of acceptance for publication, including peer review and editing.

Meanwhile, it would deprive researchers of their ability to choose the best venue for publishing their research, and could also place an enormous burden on researchers' time, as publishers with a Green open access model would have no choice but to require authors to obtain waivers from the licence. There are also concerns in the research community about the impact the licence could have on their international collaboration, as the SCL does not take account of the policies in countries outside the UK, where such mandates may not be imposed on researchers.

Arguments in favour of the licence are that it would simplify compliance of funder and publisher policies, and would give implementing universities an edge in the next round of applications for the UK's Research Excellence Framework. The publishing community, however, would point to existing mechanisms that might help solve the challenges faced as we progress to open access, without undermining publishers' investments or grabbing rights from authors. These include licences directly between institutions and publishers for use of articles in institutional repositories; CHORUS, which is a cross-industry service to provide public access to subscription articles reporting on research funded in the US/Japan/Australia automatically 12 months after publication; and leveraging metadata available from publishers and through cross-industry services such as CrossRef.

For now, with relatively few UK institutions progressing towards adoption, the impact is minimised. However, publishers with authors in the UK are uneasy. Many are gearing up to offer authors affected by the scholarly communication licence a choice between securing a full waiver from the licence from their employers or publishing under the Gold open access model.

In a time of uncertainty as the UK prepares to leave the European Union, with the potential consequences this could have on research more widely, the scholarly communications licence adds an unnecessary complication into the mix, and could risk the good work the research community has done so far in moving towards the UK's goal of ensuring all publicly funded research is open and freely available to all.

Emma House is deputy chief executive of the Publishers Association.