A community amid the pandemic

Taylor Beidler and Michelle Perkins were the 2020 winners respectively of the UEA New Forms award and the Laura Kinsella Fellowship, part of the National Centre for Writing's Early Career Awards. They write about what the awards, given during the pandemic, have meant for them 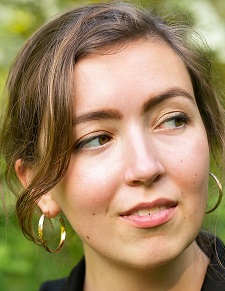 The UEA New Forms Award came at a time of creative detachment. I wasn't sure how to view the hyphens in my identity as anything other than subtraction symbols, a playwright minus a prose writer minus a performance artist. Winning the UEA New Forms Award, and receiving the unparalleled support of the National Centre for Writing (NCW), granted me the tools needed to synthesise the hyphens in order to develop an 'intra' rather than an interdisciplinary practice.

This intradisciplinary practice, deeply rooted in my dramaturgical background, focuses on identifying the conversations that aren't happening and crafting the stories to jumpstart them. I was commissioned this past summer by Silverprint Pictures/ITV2 to co-write a pilot for an original YA series which put environmentalism at the forefront of the drama. During our interviews with various vertical farmers around the UK, one farmer remarked that 'innovation is what happens when your back's against the wall'. That became the driving thesis when writing the piece, one which continues to bleed into other writing projects, as well.

This past fall, I had the pleasure of working with the UN High Level Champions Team to write a poem for the Race to Zero November Youth Dialogues. I led focus groups with young entrepreneurs across the globe and funnelled those discussions into a poem that opened the fashion sector panel of leading stakeholders. This was a prime opportunity to use my intradisciplinary skillset as a method of narrative distillation, curating the words of many like-minded youth innovators who want to empower fashion industry leaders to achieve net zero by 2050.

While sustainability is a thematic thread throughout my work, this year also taught me the importance of maintaining a sustainable writing life.  Having the wonderful team at the National Centre of Writing checking in on me gave me a sense of community that I was struggling to find. Writerly friendships were absolutely essential, as well. I am endlessly awed and indebted to Amanda Gorman and Najya Williams for our weekly writer's group. It's a privilege to grow alongside these writers. May we all be so lucky to live in the world these poets are challenging us to create.

During the spring, the National Centre for Writing facilitated a mentorship with Max Porter. One of the most revelatory insights Max granted me was the ability to celebrate my theatrical background in my written work. Max is working with me on a triptych of lyric essays that initially emerged from my interest in and frustration with the limitations of verbatim theatre. I am also working on a novel that I spent years trying to suffocate into a play but that can now breathe freely as prose. Maybe one day it will be a play again, who knows? An interdisciplinary practice would separate the two mediums; an intradisciplinary practice, for me, brings them together.

This year forced me and many others to turn inwards. I'm okay being a playwright who writes prose and a prose writer who worships poetry and a performer who finger paints with the white space on the page. As long as the form is serving the function, all I want to be is a vessel for the story. The National Centre for Writing gave me the ability to embrace my early-career as a writer, in whatever form(s) that may take.

Michelle Perkins: deeper into the story 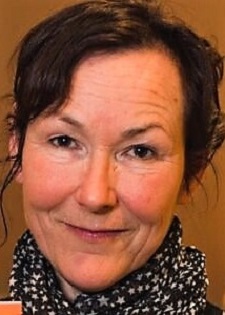 Being awarded the Laura Kinsella Fellowship in June 2020 was the stand-out moment in my writer career thus far. It took a while for the news to sink in. When I'd applied for the award I was about a third of the way through the first draft of a first novel, and my aim for the year was to complete the manuscript. This I have achieved in all its shape-shifting form. My intention with the work was to create something of a hybrid, using language and voice to explore the crossover between poetry and fiction. At the same time I knew that I wanted to work with aspects of family history, primarily that on the side of my mother, who come from the west of Ireland.

NCW has been an amazing and supportive presence throughout. Not only is Laura Stimson there on the end of the line for a chat, but they have generously funded my places on the poetry courses taught by the wonderful Helen Ivory at NCW, and latterly, their excellent memoir writing course taught by Monique Roffey. As the first draft progressed I began to realise that what I had so far was, as Ted Hughes calls it, the 'provisional drama'. If it were to succeed, I had to push deeper into the story and back this up with more research; for this, I am greatly indebted to Monique Roffey.

Before the fellowship I'd been largely self-taught, with only a couple of writing courses under my belt, so the last year has been as much about developing the craft as completing the manuscript. I have also learnt how vital it is to build supportive networks with fellow writers. Living in rural Somerset, which is a large county to cross, I'd been working mostly in isolation. Sometimes you have to be taken into new experiences to realise what you've been missing.

And all this under varying stages of lockdown. I've been really lucky to come through the pandemic relatively unscathed. In fact, the plethora of online opportunity offered so many ways for me to connect with writers and poets that it has been a year of abundance for me. In more normal times such things would have been inaccessible both geographically and financially. So in a strangely positive way the pandemic has heightened the experience of my year under the fellowship.

Very sadly though, my planned residency at NCW in the spring of this year had to be postponed due to travel restrictions, but a new plan is afoot and I hope to stay at the cottage in the grounds of Dragon Hall before too long. It would be great to finally meet the NCW team who offer so much to writers and whose support to me hasn't wavered despite the very challenging conditions they've been working under.

My next step for the remainder of the award fund is to buy myself some research time. At the moment I'm sketching out a plan of travel to Ireland and if I'm lucky, pandemic and otherwise, I will find a way to spend a bit of time there.

This is the stuff dreams are made of; so lastly I want to say a big thank you to the Laura Kinsella Foundation, whose support has been phenomenal. I hope that, not too far in the future, my book will find its way into the world.

Taylor Beidler (UEA New Forms Award Winner 2020) has been continuing to write her book, a non-fiction/autofiction/essay and hybrid piece around illness and ancestry. During the scheme she was commissioned by us to write an open-access, online piece on dialogue. The NCW has set her up in creative conversation with Inua Ellams, and, most recently, mentoring with Max Porter.

Michelle Perkins (Laura Kinsella Fellow 2020) has been continuing to write, and taken part in our online courses including those tutored by Helen Ivory and Monique Roffey. As soon as Covid restrictions allow, she will take up a residency with us at Dragon Hall as part of our UNESCO City of Literature programme.