A marketplace for second-hand ebooks? 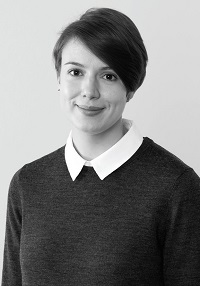 Spring is in the air, heralding the annual ritual of cleaning, decluttering and making space for the longer days ahead. While some book lovers are loathe to part with their books (as exemplified by the fierce debate that raged over Marie Kondo's advice to keep only books that "spark joy"), others will be spring cleaning their bookshelves and disposing of their unwanted books. But what can we do with the books we no longer wish to keep?

Thanks to a legal principle known as "exhaustion" here in the UK and as the "first sale doctrine" in the US, we can distribute the physical books we own as we wish without the consent of the rights-holder. We may decide to donate our books to a charity shop or give them to a friend. We may sell our books to a second-hand bookshop or, if we have something really special, to an antiquarian book dealer. We may even sell our books ourselves through an online marketplace such as eBay. But does this extend to our ebooks?

In the US, the answer is no. At the end of last year, the Court of Appeals for the Second Circuit ruled that ReDigi, an online marketplace which allowed users to sell their unwanted iTunes files, was unlawful. The Court of Appeals concluded that ReDigi's system created unauthorised copies of the iTunes files, which were not protected by the first sale doctrine or the US doctrine of fair use. Whilst the Court of Appeals did not comment on the lawfulness of other systems, it placed any change to the first sale doctrine firmly in the hands of Congress. The ruling has been welcomed by the Association of American Publishers, which had previously warned that legalising ReDigi would be "catastrophic for the entire publishing industry", as various players have expressed interest in creating a secondary market for ebooks, which would undermine the primary market.

Here in Europe, the jury is still out, and all eyes are on the Dutch case of Tom Kabinet. Back in 2014, Tom Kabinet created an online marketplace which allowed sellers to upload their used ebooks for purchase and download, after which the ebooks were deleted from the sellers' accounts. After the Dutch Association of Publishers brought preliminary proceedings for copyright infringement, Tom Kabinet changed its business model from being an intermediary to being a reseller of ebooks that it either bought itself or received as donations from its members. Nevertheless, the question remained as to whether Tom Kabinet could resell used ebooks without the rights-holders' consent. The Dutch court referred this question to the Court of Justice of the European Union (CJEU) and requested a ruling on whether the principle of exhaustion applied to ebooks.

There are a number of legal and policy arguments both for and against digital exhaustion. In short, the legal arguments turn upon the applicability of the Oracle v Usedsoft case (which held that sales of second-hand software programs did not infringe copyright provided the rights-holders had received appropriate remuneration on the first sale); whether there is a first sale (as ebooks tend to be licensed rather than sold); and whether transferring ebooks engages the distribution right. The policy arguments turn on the tension between the free movement of goods and services, and the protection of intellectual property rights; the differences between physical copies and digital copies; and the potential loss of value in the primary market.

For rights-holders, the fundamental differences between physical and digital formats are the heart of the problem, as summed up by the Association of American Publishers in its amicus brief for the ReDigi case: "With ebooks, used copies are a perfect substitute for new copies, and digital "lending" allows multiple readers to access a single digital copy simultaneously. Moreover, unlike the makers of films and sound recordings, ebook publishers cannot effectively distribute their works by means of online streaming, rendering the ebook market uniquely vulnerable to the consequences."

As a result, there is a real concern that a ruling in favour of digital exhaustion would threaten a profitable segment of the publishing industry (the Publishers Association valued the total income from digital sales of ebooks and journals at £1.8bn in 2017), with ramifications for both publishers' and authors' incomes.

Unfortunately, this uncertainty may not be resolved for some time: it can take up to two years for the CJEU to make a decision. Therefore we may not get a definitive answer until 2020 or beyond. And even though the position is settled across the pond, it is not immutable. So, while you can't sell or donate your unwanted ebooks for the time being, the message is watch this space.

Zoey Forbes is an associate at Harbottle & Lewis LLP.