A new chapter for Chung Kuo

Susan Oudot reports on the extraordinary publishing history of her husband David Wingrove's Chung Kuo series, and on the new imprint they have set up to continue the saga 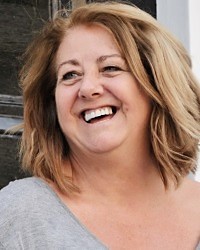 Publishing can be a frustrating business, especially when a book that's been lovingly nurtured fails to gain the audience it deserves in an overcrowded market. But if you want to feel real frustration, be a writer. Until a time when they reach superstar status and have some clout, authors can often be left feeling that not enough has been done to promote their books, or get them into bookshops. And sometimes with justification. 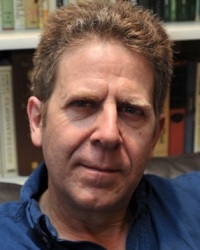 When my husband David Wingrove's Chung Kuo science fiction series was originally published (in eight fat volumes) by Hodder back in the '80s/90s (after being won at auction), he thought his ship had come in. Indeed, volume one shot up the Sunday Times bestseller list, and he was one of the Bookseller's writers to watch. Then Hodder was taken over, David's editor moved on (along with the sales force), and there was no one left to champion the series, so that later books fell by the wayside.

Fast forward to 2011, when Corvus (Atlantic) re-packaged the series with a view to publishing 20 smaller volumes (each of the original eight volumes cut into two, plus two new prequels and two sequels): a great editor, beautiful covers and the first title keeping George RR Martin off Amazon's SF top spot for five weeks - what could go wrong? Then the editor, Nicolas Cheetham, left, and… well, it was a case of deja vu.

Having a background in publishing (admittedly in the dim, distant past) with Faber and Times Books, as a novelist (four novels for S&S), a literary agent, and as fiction editor on Woman's Own, I rashly suggested that the only way to ensure the series got published to our satisfaction would be to do it ourselves. If the series failed to gain the wider audience we believe it deserves, we'd only have ourselves to blame. 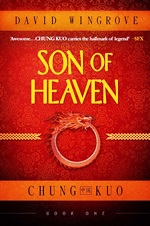 So! Once we decided against the print-on-demand route, where to start? We already had a company called Fragile Media, so settled on Fragile Books as our imprint. That was the easy bit. Then there was the matter of producing the first eight titles in the series (which was the point where Corvus had stopped). I decided we needed a completely new look - one that would appeal to SF fans - and opted for a typographical design, each volume to be printed in a different colour. We contacted veteran SF illustrator Jim Burns, who designed the ouroborus that now forms the central element on each cover, and decided to use a young designer called Kit Foster to work it into a design that could be used across all 20 titles. We couldn't be happier with the result.

Then I realised I needed help on production. My daughter, Amy - a technology whiz and herself a budding novelist - took on the nitty gritty of getting the files ready for printing. But with this - and pretty much every other area of the venture - my old friend Anne Dolamore, who runs Grub Street alongside partner John Davies, has been a life-saver. A hard-ass, she's been my go-to person at every stage; I even had her and John pimping for me at the London Book Fair during meetings with audio companies and the like. And my printer, 4edge, is one they recommended.

I met Nigel Osbourne of Jawbone Press at a friend's, and he offered to give advice should I need it - although his version might be that I got his email address from our mutual friend and then proceeded to pester him. Realising I might be pushing my luck with mates, I joined the Independent Publishers Guild, where Bridget Shine has been really helpful, recently putting me in touch with marketing man Sam Shone to help and advise on that side of things. Because of course, as a small independent, getting books onto shelves can be a bit of a struggle. People like David Manson at Gardners and Bill Norris at Central Books have been both patient and supportive, but I'd like to think they're hard-nosed enough to recognise a good thing when they see it too. Certainly Headline Pictures did: the makers of the internationally acclaimed Man in the High Castle has Chung Kuo in development as a TV series, which is all very exciting.

Is becoming an independent publisher a bigger job than I expected? Definitely. Especially as I have another day-job - as a scriptwriter on Coronation Street! But in dipping my toe back into the publishing pond I've been reminded of how lovely, and generous, people in the industry are. It's good to be back.

Fragile Books will reissue volume 1 of the Chung Kuo series, Son of Heaven, on 22 June; volumes 2-7 will be reissued over the summer. The new novel in the series, Monsters of the Deep, will be published in September.
Share on Facebook
Share on Twitter
Download PDF