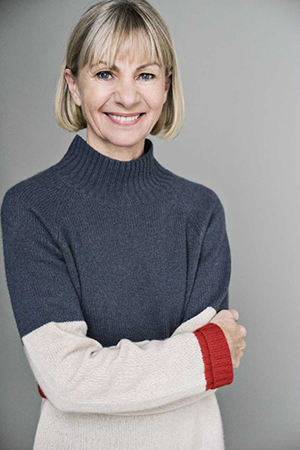 In March, the Women's Prize for Fiction released its 25th longlist, containing six titles from debut novelists, a title by a previous winner - Ann Patchett, who won with Bel Canto in 2002 - and books by previous shortlisted writers - Anne Enright, Hilary Mantel and, again, Ann Patchett. The prize celebrates and honours writing by women from across the world: the shortlist will be announced digitally next week on 21 April at 7pm, followed by the winner on 9 September, postponed from June due to Covid-19.

Over the last 25 years, the prize has become arguably one of the three most important literary prizes for novels in the UK, alongside the Booker Prize and the Costa Book Award. It was launched in January 1996 after the seed for the idea was firstly planted in the early 90s, when the Booker shortlist in 1991 was comprised of only men. By 1992, only 10% of shortlisted novelists in the entire history of the Booker had been women. After some debate, a group of journalists, reviewers, agents, publishers, librarians and booksellers decided to set up a new literary prize that would celebrate fiction by women: the Women's Committee was founded. Four of the original committee members are still involved in the prize: publisher Susan Sandon, literary agent Jane Gregory, prize director Harriet Hastings, and co-founder Kate Mosse.

Mosse has had a long and celebrated career in the publishing industry as a novelist, a broadcaster and - of course - as co-founder of the prize. For her, the prize is all about quality of writing: it was launched because 'women's work wasn't being honoured and celebrated at the highest level', and now it's about 'creating an alternative canon, a women's library of work'. Since 1996, when Helen Dunmore and A Spell of Winter won the first Women's Prize, 23 more books have been added to that alternative canon, with authors including Carol Shields, Zadie Smith, Andrea Levy, Rose Tremain and Chimamanda Ngozi Adichie. Throughout the year, Mosse is involved in a number of events running up to the prize, from readings to panels to interviews. Not only is Mosse arguably the most prominent public voice of the prize, she's also steadfast in what exactly she wants it to be: a list of books that "puts women's stories and women's voices centre stage" and to "shine a spotlight on brilliant writing".

Mosse describes herself as "an annoyingly optimistic person", and feels that publishing has definitely improved for women over the last twenty years, at least in part because of the Women's Prize. "When we were starting out, we wanted to create an environment where there was discussion about these things. It was commonplace for there to be book lists and literary panels and TV shows with no women on them at all. Now that would always be commented on. It's not that everything's perfect, but that dialogue around women's representation is always present." The area on which she wants to focus is diversity, saying, "I do think there's a lot more to do in the area of diversity in terms of writing for people of colour and different classes and abilities. For me, the more initiatives there are, the better. The more diverse the employment pool of publishing and bookselling is, the more open the whole industry will be to brilliant writing from different places. Publishing was a very traditional business, and it takes a while to catch up. It's about who chooses to publish a book, who are the editors, who are the publicists, who are the people choosing which books to put on the shelves. I think that the publishing industry and bookselling industry is really getting to grips with this. For me, any initiative that genuinely puts women's voices centre stage and is about women and men supporting women's amazing work and their creativity is to be welcomed. The more, the merrier. From my point of view, the Women's Prize has a big old table, and the more people who come to sit at the table, the better."

Almost half of this year's longlist is comprised of women of colour, and last year half of the shortlisted books were by black women, with Tayari Jones eventually taking home the prize for her novel An American Marriage. Mosse feels that selecting a wide variety of experiences is something that is crucial to the success of the prize, saying: "This is about the books that make the hair on the back of your neck stand on end. It is about excellence first. Having said that, this prize is a showcase of the best writing in English by women throughout the whole world, so obviously the judges are aware that they have a responsibility to read everything with equal passion and respect. I think that when you have judges who are aware of that, they choose the best and so of course the list reflects that. The fact that it is also extremely diverse just shows that the quality of work from all over the world is incredibly high. It is quality first, and reflecting the whole world of women's writing within that."

This year the judging panel is headed up by Martha Lane Fox, along with Scarlett Curtis, Melanie Eusebe, Viv Groskop, and Paula Hawkins. Mosse describes them as a 'fantastic' panel, saying that the judges are chosen for their "passion for reading and their knowledge of books", and that they are intended to represent the reading public because "it's a prize for readers". It is also important thaat the panel is made up of women who want to be part of supporting other women and promoting other women's voices: they "read very carefully with a sense of what it means to the writers who are entered, and also all the readers who will benefit from hearing who's on the list." Curtis was born in June 1995, just a year before the Women's Prize was awarded for the first time, and Mosse is excited about the "generational aspect" of the prize this year. The previous winners are being celebrated with the #readingwomen campaign, which encourages people to read each of the 24 previous winners along with the book that ends up winning this year's prize, and the Women's Prize podcast, which will involve discussions about each previous winner. This year, the Women's Prize celebrates not only the 2020 winner but that "alternative canon" that the prize has created over the last two-and-a-half decades.

As Mosse says, it's about the "classics of tomorrow". She sees this year's anniversary celebrations as a "real opportunity to put amazing books into the hands of readers who might not have read them, who weren't even born when the prize started". Although there are some towering greats in the line-up of past winners, there are also some titles that may not be as easily recognised, like Property by Valerie Martin, which beat out Zadie Smith and Donna Tartt to win in 2003, and A Crime in the Neighborhood by Suzanne Berne, which beat Barbara Kingsolver and Toni Morrison in 1999. The prize intends to shine a spotlight on authors who might not otherwise have received the attention that they deserve, which is why the prize promotes the longlist and then the shortlist as groups of books: if a reader has read a couple of the titles already, they can approach the longlist to find another book that they might like to read. Mosse says, "What we wanted to say to readers was that if you're going to read six novels this year, try these six."

After a rocky start, the Women's Prize has become one of the most important accolades in the UK literary scene over the last 25 years. Things started to change when the prize was in its third year, when Mosse took pleasure in the fact that three "vocal gentlemen journalists" who had complained about the prize's inception tried to gatecrash the party. Naturally, she let them in: "We believed passionately in what we were doing and therefore you stick to your guns. It is a wonderful thing when people, little by little, start to think, 'I get this after all.'"
Share on Facebook
Share on Twitter
Download PDF