Kick-ass heroines are all very well, writes Sophy Henn, but can't we also have have someone who trips over her cape from time to time? 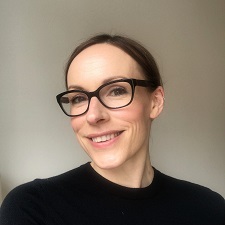 The first superhero I remember being aware of was Superman. About a million years ago I was taken to a Superman l & ll double bill at my local cinema, and thought it was the most exciting thing ever. After about four hours (allowing for a very decent interval), I emerged blinking into the daylight surrounded by lots of boys with their coats attached to them only by the hoods, creating superhero capes, and zooming about all over the place. I guessed that left Lois Lane or the baddy's moll for us girls, but not really keen on being either I passed. Then of course there was Wonder Woman, and who could fail to adore Lynda Carter? But while she twirled and lassoed baddys, she didn't really seem, well, SUPER! Fabulous…yes, beautiful…of course, super…not so much.

But that was a million years ago and now there are obviously tons of female superheroes for us girls to look up to - surely? No - a handful at best. Really?

Where's the fun?
Don't get me wrong, I loved the last Wonder Woman movie, and Captain Marvel certainly isn't having anyone's nonsense. Though Black Widow is still to take centre stage and I am yet to see any of the super ladies wearing a huge cape full-time or even an elasticated waist, I guess this is progress. But one cannot help but feel the pressure on these films and their protagonists, that if they are not an immediate hit the female superheroes have to step aside and watch their male counterparts continue, even if they are a post-George Clooney Batman. 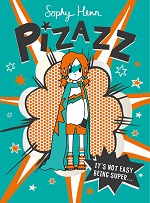 More often than not female supers have to hit the mark, be on point and succeed, not just at the box office but in the movies themselves. Looking like Amazons, being extremely focused on world saving and often ready to make huge sacrifices for mankind, they are indeed SUPER. But the gags, the joshing, the flaws, the fatsuits... they're for the guys. And this seems to tally with the majority of media aimed at girls when they reach a certain age. It largely becomes focused on looking right, getting things right, saying the right thing and having the right top. Humour seems to fade away, and there certainly doesn't seem to be much room for making mistakes or just mucking about. I can't help but feel that those messages combined with the bombardment of social media contributes to girls' perfection issues. Never feeling like they are smart enough, pretty enough, popular enough, fancy enough, strong enough.

And perhaps previous female superheroes have reinforced those worries, being almost exclusively young, pretty women, wearing lycra, super keen and ready to save the world with a clever plan. Of course the world needs them, where would we be without them? But maybe we also need one who can burp the alphabet, trips over her cape and wonders if the world really does always deserve saving. Well, I think we do, and I really hope the readers agree!

So while it is undeniably great to have more and more fierce, strong, kick-ass female superheroes filling our books and screens, I think it is important we remind ourselves that no one can be that super... ALL THE TIME. *eyeroll*

Pizazz by Sophy Henn is out now (Simon & Schuster).