PK Lynch, actor and writer, on the contrast between her jobs 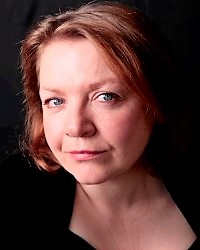 It was 1998, I was 25 years old and I was between acting jobs, a situation I was still to become accustomed to. Having left drama school three years previously, I'd had enough decent work to feel I was on my way but not enough to feel my future was assured. I was in Brighton, the sun was shining, and a young woman with a Mediterranean appearance was sitting on a tie-dyed cloth spread over the pavement somewhere close to the Lanes. She was a fortune teller, and I didn't believe in that stuff, but I'm a Piscean and my zodiac symbol is two fish swimming in opposite directions. One never knows, and it's good to keep an open mind.

I still don't believe in that stuff, but I can't help noticing I have a lot of stereotypically Piscean traits. I'm creative, sensitive, imaginative, empathetic and, in the interests of balance, I will admit to being incredibly indecisive, as well as prone to laziness and bouts of self-pity. I also can't help noticing I have friends whose personalities broadly correlate with the descriptions of their own zodiac signs. This particular fortune teller was reading One Hundred Years of Solitude. I'm drawn to her because I approve of her literature choice, and because I don't know when or where my next acting job is coming from, and goddammit, a girl needs a little encouragement now and then and doesn't care where she finds it.

I don't remember terribly much about our session, aside from the shock of finding out that I was going to have four children by three different men (current parental status: two children, one man, biological clock almost out of ticks), but I do recall much bemusement on her part as she struggled to make sense of my career line.

"You're going to work with a lot of people," she said, "hundreds of people. A lot of jobs, stopping and starting, but I can't tell what the job is." Astonished, I declared, "I'm an actor!" How delighted we were - she with her powers of deduction and me guaranteed more acting work. Then she looked again more closely, indicated some vague line on my palm, and said: "Later in life, you will write something. It will be published. It will make you money. But you will never be rich." Of course, her warning barely registered, overcome as I was by the prospect of acting work and three virile men.

Here I am, almost 20 years later, and I still don't believe in that stuff, though I can't deny I remain impressed with that fortune teller. What made her leap so confidently to her pronouncement of my being published? I was yet to discover how an actor's life can morph into a writer's one, how reading anything that comes your way, from Aristotle to Shakespeare, Arthur Miller to Sarah Kane, Jim Cartwright to Enda Walsh, preparing for jobs you're never going to land, leaves you with a gift you can barely see through the pain of constant rejection. I didn't yet know there was so much to be learned about the state of humanity simply by reading and immersing yourself in character after character. I didn't yet know my fledgling instinct for good and bad text could be honed and developed into a solid skill set. I didn't yet know that acting alone would never be enough for me.

Rather than walking from A to B whilst saying my lines and avoiding the furniture, I've always been inclined to dig deeply, and I'm frustrated if I encounter a director who cares only for the aesthetics of a piece. I've seen productions where the entire cast work their backsides off but are no match for a prohibitive set design, cumbersome costumes, deathly lighting, or dare I say it, a leaden script. Conversely, we've all seen films or television dramas where a miscast actor inadvertently mars the entire production. The collaborative nature of making drama can occasionally be its downfall, which is why, when forced into a creative hiatus by the arrival of my eldest son, I entered with gratitude into the wonderfully contained, private world of the novelist. 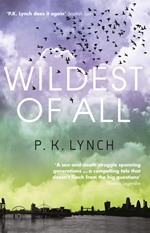 To begin with, the novelist does not rely on someone to give them a job. They can pick up their pen, or add to a document, whenever they like. They can squeeze it around the day job, the nappy changes, the school day, the boiling of potatoes. There's no immediate pressure to "get it right" as there is with an audition. If a sentence or paragraph or chapter doesn't work, no one has to know. Best of all, the world they create belongs only to them. That is, of course, until the time comes to share; just as an audience can transform a theatrical evening, so a reader can take a book and make of it what they will.

For all of the ways the roles of actor and writer seemingly overlap, it strikes me they are as diametrically opposed as the two fish in the Piscean zodiac. However much an actor loves to research the world of the play, ultimately the time comes for them to think rather more specifically about their character. At this point, they have to become selfish about pursuing their character's persona. To be convincing, they need to sink deeply into the skin, the mannerisms, the psyche of another person. When they do that, their cares for the external universe necessarily shrink as awareness of their internal world increases. Not so the writer, for they may start with the smallest nugget and from that grow an entire planet. Their ideas expand and keep on expanding – the creation of every book is the Big Bang in miniature – forever spiralling outward, until deadlines, or word count, or reaching that magical (mythical?) satisfaction allows them to stop. Speaking of which...