Stories can be the most inspirational teachers, Abi Elphinstone writes 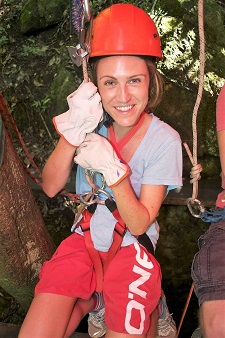 My teachers taught me about Pythagoras' Theorem, William the Conqueror and all sorts of important things like that, but I learned about courage, friendship, hope and the wonder of the wild from the books I discovered growing up. Lyra Belacqua from Northern Lights showed me that girls can be just as brave as boys, adults and even armoured polar bears. Mildred Hubble from The Worst Witch helped me navigate friendships. Lucy Pevensie from The Lion, The Witch and the Wardrobe taught me to hope in worlds behind wardrobes. And Mary Lennox from The Secret Garden highlighted the inexhaustible wonders at the heart of the natural world.

Books, in a sense, brought me up. They spoke to me at a time when I was on the brink of understanding the world around me. And what they said sunk in. Indeed, I hold the stories I read back then that championed the wild (Brendon Chase by Denys Watkins-Pitchford, Redwall by Brian Jacques and Watership Down by Richard Adams, to name a few more) directly responsible for my love of the natural world now and my desire to protect it.

Every day we are faced with terrifying statistics about the natural world. In the Amazon rainforest, an area the size of a football pitch is being cleared every single minute, destroying the most vital carbon store the world has. Deforestation, overhunting and overfishing, pollution and the climate emergency have slashed UK wildlife populations by 60% since 1970, and plant extinctions are running at a frightening rate. Children need to be aware of the severity of the threats facing our planet, and the potential consequences for us all, but they also need to feel that they can do something about it. Fear paralyses but hope galvanises. And children’s books, especially kids’ fiction rooted in the natural world, are - I believe - among the most hopeful things on this planet.

Adventure stories from contemporary authors such as Gill Lewis, Nizrana Farook, Piers Torday, Lauren St John, Jasbinder Bilan, Nicola Davies and Katherine Rundell draw children into the wonder of exploring wild places and encountering wild animals while reminding them that they are never too small to make a difference when it comes to protecting these things. Non-fiction books by Jess French, Ben Garrod, Katie Daynes and Clive Gifford offer hugely informative insights into the natural world while simultaneously inspiring kids to look after it. 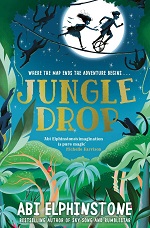 With my latest book, Jungledrop, I wanted to write a story that revelled in the beauty of the natural world but also highlighted its fragility. A few years ago, I visited the world’s largest tropical wetland: the Pantanal, an enormous patchwork of lagoons, marshes and lakes sprawling Brazil, Bolivia and Paraguay. I snorkelled in Olho D'água river among anacondas and piranhas, I watched capybaras scampering through the rainforest, and I abseiled 70 metres into a cave before swimming in the lake at the bottom.

The Pantanal is home to 4,700 plant and animal species. It is one of the most biologically diverse environments on Earth. But due to infrastructure development, untreated waste pollution and deforestation, the Pantanal’s native vegetation - which provides water and food for millions of people in the region - could disappear by 2050. This endangered tropical world later became Jungledrop’s glow-in-the-dark rainforest (with the addition of a few golden panthers, gobblequick trees and enchanted temples). And though, on the surface of things, Jungledrop is an adventure story about 11-year-old twins, Fox and Fibber Petty-Squabble, who are whisked off to a magical kingdom to find a long-lost fern to bring back our world’s rain, I hope it sinks in on a deeper level and inspires a generation of young people to stand up for our precious planet.

Abi Elphinstone is a bestselling and multi-award shortlisted children's author. Her books include The Unmapped Chronicles (Everdark, Rumblestar, Jungledrop), Sky Song, the Dreamsnatcher trilogy and, for younger readers, The Snow Dragon. When she's not writing, Abi volunteers for Coram Beanstalk charity, campaigns for Authors4Ocecans, speaks in schools and travels the world looking for her next story. Jungledrop is out from Simon & Schuster today (1 October).