Accessibility: how to be compliant 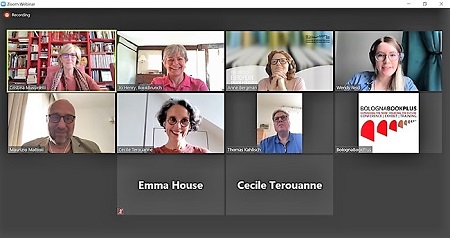 By 2025, any publisher or retailer wishing to sell books into the European Union will have to comply with the provisions of the European Accessibility Act. The act has significant financial and legal implications for the publishing ecosystem, and is something every participant in that ecosystem needs to address now.

According to the European Disability Forum, more than 100 million people with disabilities live in the EU, of whom 30 million are visually imparied; it is estimated that dyslexia and learning disorders affect between 9% and 12% of the population.

A session looking at the implications of the European Accessibility Act is now available to view online as part of the Bologna Books+ professional programme, offered as part of this week's Bologna Book Fair; you can register here.

Moderated by Cristina Mussinelli, secretary general Fondaziona LIA (Libri Italiani Accessibili, an organisation created by the Italian PA and the Italian Blind Union), and chaired by Jo Henry of BookBrunch, the session has three expert speakers: Maurizio Mattioli, director of educational digital products at educational publisher Zanichelli Editore S.p.A.; Cecile Terouanne, publisher of Hachette Romans at Hachette Livres; and Wendy Reid, accessibility and publishing standards lead at Rakuten Kobo, as well as chair of the EPUB Working Group, chair of the Publishing Working Group, and editor of the audiobooks specification at W3C.

They discuss how the Accessibility Act affects their businesses and the steps they are putting in place in order to be compliant with the act when it becomes law in four years' time.