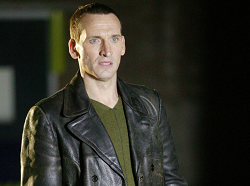 Housmans Bookshop and Comma Press will host two online events with Christopher Eccleston and Maxine Peake reading from protest-inspired stories published in Comma’s History-into-Fiction series, Protest and Resist. The two events will take place on consecutive dates, with Eccleston reading on 9 February and Peake on 10 February. Both readings will be followed by conversations between the books’ authors and historians.

On the 21 November, Housmans Bookshop celebrated the 61st anniversary of the opening of Peace House, the bookshop’s home in London. According to a statement from the organisers: 'Like independent bookshops across the country, this second lockdown is having a devastating impact on what is usually one of the busiest periods in the bookselling calendar, and shops like Housmans are reliant more than ever on online sales.

'For over 60 years, Housmans have supported and promoted a wide variety of radical and progressive causes and publications such as Comma’s History-into Fiction anthologies. Housmans used to be just one of many radical bookshops in the country, but the number has dwindled over the years. Radical bookshops are absolutely vital as spaces of resistance that foster critical debates and provide support to marginalised communities whilst recording their struggles.'

Cristina Ríos, co-manager of Housmans Bookshop, said: "We are only too happy to partner with Comma Press to promote Resist and Protest, two books that celebrate people power and the UK's tradition and history of protest and resistance. At a time of political disarray – government corruption and incompetence in the UK, the COVID pandemic, Brexit and a looming economic crisis – the stories and events depicted in Protest and Resist are powerful reminders of the fact we can hold the powers to be to account and we can create a better life for all.

"We are honoured that talented British actors such as Maxine and Christopher should offer their time to raise awareness of Housmans' profile as radical booksellers and the importance of independent bookshops in general."

Ra Page, publisher at Comma Press, said: "2020 has been the year to resist. Books are often the frontline of any fightback: they allow us to read beyond the headlines. At the front-line of that fightback are independent, radical bookshops who don't just prioritise what the market does - shops like Housmans. This event is a reflection of our gratitude to them, and we’re very excited to be working again with Maxine and Christopher to bring the retellings of British protest history published in Protest and Resist to life."

Tickets for the readings will be available from the Housmans website for £3 (£1 concession) or a ticket + book option.

Pictured: Christopher Eccleston and (on the home page) Maxine Peake