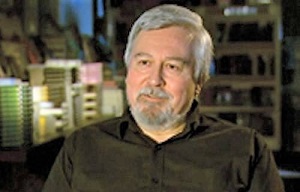 Many people in the book trade know of The Retreat, run by the Book Trade Charity BTBS (at Kings Langley, in Hertfordshire) - although the prevailing opinion may be that it is where old booksellers go to die!

In the last couple of decades the age range of Retreat residents has widened considerably - the youngest are now in their 30s and 40s, and the average age is 64 - with a third still working; we rarely have vacancies for long. We offer accommodation for about 40 people; four couples and the rest single people, in a range of accommodation - flats, townhouses, one- and two-bedroom flats, as well as the original almshouses. It is fairly evenly split between male and female, publishing and bookselling backgrounds.

Over the years, we have realised that, while our accommodation offered to people working or retired from the trade is very valuable in helping with mid- to later-life issues (including retirement housing or addressing homelessness arising from a change in circumstances) - and our grants support people with a range of domestic difficulties (illness, disability, redundancy, debt, carer situations, etc) - we need to consider how we can also help young entrants to the industry. 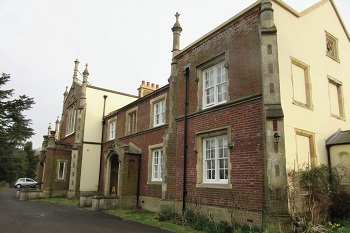 New partnerships
Over the last two years BTBS has developed a partnership with Penguin Random House (PRH) to accommodate one (often two) young people from the PRH work experience programme. PRH contract to use one dedicated bungalow, as well as our guest bungalow when free. These are two-weekly placements (paid at the London Living Wage), so the individuals change regularly. The Retreat's proximity to Kings Langley railway station (25 minutes from Euston and its tube connections) means we are providing a very convenient place to stay for young people who may not be familiar with London.

The recent merger with Matthew Hodder Charitable Trust has provided additional funds, which mean that while continuing our traditional support, we can offer new entrants to the trade help with interview costs (travel, accommodation, and even appropriate clothing on occasion!) and support for those engaging in paid internships. These initiatives have proved very successful in helping many young people to take up opportunities that might previously have been beyond their reach.

It became clear that the major obstacle to taking employment in the industry was finding affordable accommodation. A further merger in 2016, with the Bookbinders Charitable Society based in Whetstone, London, has allowed us to offer further help. The housing there had 22 flats, but only 12 were occupied, by older, retired individuals. This provided BTBS with the opportunity to refurbish one block of six flats, offering high-quality but affordable housing, turning three into units of two bed-sits, sharing kitchen and bathroom facilities, and offering three one-bedroom flats. These all filled within weeks, and demand was such that two further flats were upgraded and a total of 11 new residents were installed. The idea is that tenancies will last for about a year, to allow people to get established before moving on and making way for others. The flats are close to both Northern and Piccadilly lines, so are convenient for internships and employment in central London.

The success of this initiative led the BTBS board to consider how it could be expanded. Two blocks of four flats (a couple of which were not suitable even for refurbishment, so still unoccupied) were identified as a development opportunity. Plans have now been drawn up, and planning permission sought, to demolish these, rebuild them and - to make the development cost-effective - add on a further two new blocks. This will provide eight new one-person studio flats, while all of the nine new one- and two-bed flats will be flexible, so could also be shared accommodation, while still suitable for any new "traditional" applicants. The development will also contain an office and facility for social events.

Additional funding needed
Funds from Matthew Hodder Charitable Trust and Bookbinders will cover about half of the cost of the development (about £2.5 million); hopefully funds can be raised from the industry to expand this vital provision - significant corporate donations can gain "nomination rights" if required! - while any shortfall will be covered by a bank loan. Repayment of the interest and capital will put pressure on the charity's normal activities, such as grants, so we would prefer to minimise the amount we have to borrow.
Subject to planning consent, this exciting new development should be ready in 2020, and BTBS will be able to expand significantly its services to the UK book trade.

Photos: (top) David Hicks; (above) The Retreat at Kings Langley