I'm happy for my series characters to get older, writes Alec Marsh 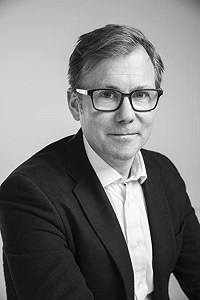 I decided early on that I would follow the approach taken by Ian Rankin with the John Rebus novels in the writing of my Drabble & Harris series. Like Inspector Rebus - now retired of course, since 2012's Standing in Another Man's Grave - my protagonists, Ernest Drabble and Percival Harris, would age as the series progressed.

They would not be stuck or frozen in the same time capsule of life or arrested in the same extent of emotional development, as I think it's fair to say you get with Bond or Jeeves and Wooster, wonderful though they are.

Room for personal development permits diversity and variety in the stories - providing novelty for both author and readers. Also, as characters change, the way they react to certain stimuli changes, too. So they provide novel responses.

As well as picking up some wisdom and a few scratches, as characters get older they gather friends, lovers and perhaps even spouses and children along the way. So, too, with Drabble and Harris. And as a parent, myself, I've wondered, do I want to deny them the pains and joys of fatherhood? What sort of parents would they make? Will they fit the stereotypes of the 1940s or 1950s?

In my second book, Enemy of the Raj, which is set in British India, Harris forms a romantic attachment that may - or may not - return to be significant in future tales. In my new third novel, Ghosts of the West, Drabble and Harris find themselves embroiled in a conspiracy that takes them to the broad plains of the United States, but what else is in store for Drabble? I can't help but feel that characters in a series need to have personal lives to be credible. If nothing else it allows a writer to sketch in so much more of what makes them tick. 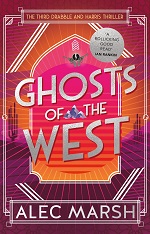 The running clock also means the landscape changes around the characters. So having begun my Drabble and Harris series with Rule Britannia, set in the UK against the last days of the Abdication Crisis of 1936, I've set the second in India, and the third in the USA; my fourth will be set in Turkey in 1938 - and then I shall likely write adventures set against the backdrop of the Second World War. Then, I'd love to push on into the Cold War, with the opportunities and jeopardies of the Atomic era and the Space Race at hand. After that, who knows? If the readers are there, I don't see why Drabble and Harris couldn't still be at it in their eighties in the 1980s. It would have to be a very different sort of story - but it could work. Old people have adventures too, as Richard Osman has shown with The Thursday Murder Club.

Of course, they would have to survive the rigours of fictional foes as well as the reaper to get there: Drabble's bravery and physical dexterity would be tempered and Harris, will have to cut back on the booze and fags if he's going to have a chance of making it. But with luck Harris could do 80, meaning he'd get to see Bucks Fizz win Eurovision and Britain's first female prime minister.

This approach isn't without its challenges, of course. Because as Drabble and Harris go on, so does the cast of characters around them: there's their families, their friends, foes, colleagues, acquaintances, loves, wives, and possibly ex-wives and children in time. As Ian Rankin told me in one of our conversations, the hard part of writing a series is remembering everyone and their details. He said he had a fan who used to compile a dossier of minor characters in the Rebus novels, but has stopped. When are the birthdays? What are the names of the children, significant other halves? Which leg has the limp? It's important stuff.

But for all that change, overwhelmingly, one of the pleasures of series characters for readers is what stays the same - and knowing precisely what they'll do and anticipating their reactions to given situations. They take on the reliability of old friends. And that's important because, ultimately, that's all any author could hope for, for their protagonists to become old friends to their readers. Given time, that would be something.

Alec Marsh is author of the Drabble & Harris books. His latest thriller, Ghosts of the West, is published by Headline Accent in paperback and ebook on 9 September.