How might you hide an abducted child? A flight over remote farms gave Alex Dahl an idea... 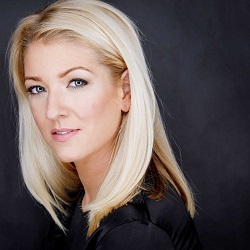 The idea for Playdate, or one of the many ideas rather, that would later converge into the novel, came to me on a plane. I was flying over South Western France on a beautiful clear day, dropping altitude as we started to approach Northern Spain. I watched the landscape inching past below; verdant valleys, rolling hills, agricultural land, hemmed in by the jagged, white-capped French Pyrenees. Occasionally I'd pick out a remote farm, nestled entirely on its own against the crest of a hill, or in a sun-dappled hollow, or alongside a lone stretch of riverbank.

The thing that struck me so forcefully about many of these places was their incredible remoteness. So many houses, so much space, such distances between neighbours. It occurred to me that anyone at all could be living in those houses, perhaps keeping big secrets, and how would anyone ever know about them?

I had another image in my mind - of a little girl bursting from a large farmhouse, screaming at the top of her lungs, her cries hollering down an empty valley, heard by no one except the grazing cows and the beady eyed eagles circling high above. She'd run and run, across a vast field, into a copse of trees, scrambling up into the lower branches of an ancient oak. I couldn't let go of the images of all that space, all that silence. 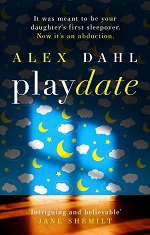 In such a place, an abducted child could easily be concealed, I thought. Not locked in a dirty, cramped basement or shut away in a dusty loft, not bound or gagged to avoid alerting a neighbour or passer-by. In such a place, an abducted child could be kept in plain view - there would be no one nearby to hear or see anything amiss. Even if it were one of the most high-profile abducted children in the world. All of the images circulated in the media, all the desperate pleas from the parents to encourage members of the public to remain vigilant - they'd all be futile.

Another image that insisted itself into my mind in those early days of plotting Playdate was a little girl carried in the night to a white van by a man, and driven away from what was supposed to have been her first sleepover. This image gave me goosebumps, because how any times, as a parent, had I not allowed my own children to spend time in the company of another family that I didn't necessarily know that well? Many. There was something universal about the unease I experienced at this thought, one I felt might resonate with others.

As I began to write, I realised that there really are such "pockets of darkness", even in our highly ordered, transparent lives. The hours in the night when a little girl is supposed to be at a sleepover, but is really being driven through Europe by a member of an Eastern European trafficking gang. The places unobserved by CCTV or the watchful eyes of neighbours. The vast, dark woods separating one mountain farm from the next.

One thing that was important to me as I wrote Playdate was that I did not want to seriously harm the child. I don't like to write gratuitous violence or place children in very sinister situations. I wanted to imagine the abducted child as well taken care of, although manipulated into believing she was someone else. I also wanted the abductor to be a character with whom it was possible to feel empathy.

This led me to exploring what could make a seemingly normal person, a mother, go to the lengths of stealing someone else's child. And could such an act ever be justified? To find out, I had to get under the skin of Jacqueline Thibault, my "villain", who challenges that role by acting from a place of having survived terrible tragedy, and doing what she truly believes is right. She is a woman driven by grief and revenge, two of my favourite themes. And they can both be used to justify actions otherwise deemed insane.

The research I conducted before and during the construction of Playdate was both complex and involving. I needed to get the place authentically - the Pyrenean farm little Lucia Blix is taken to by her abductor, Le Tachoué, is a character in its own right in the novel, and I found what I was looking for in the hills near Rivèrenert in the wild and beautiful Ariège. I also needed to make the journey from Sandefjord in Norway to the South West of France with a widely-searched for child plausible and logistically possible. I visited the area in France and got a good feel for the place, especially its wonderful and slightly unnerving remoteness. Google Earth took care of the rest.

I also spent time on investigating the complexities of revenge as a psychological driving force, as well as the notion of karma - the core of Playdate really is "an eye for an eye". While I thoroughly enjoyed writing and researching the novel, I must admit that it has made me more cautious as a mother - no more spur-of-the moment sleepovers for my little angels, at least not without a thorough background check...