The prize that opened prison doors

Anna Kent, author of the thriller The House of Whispers, reports on some of the extraordinary experiences following her victory at the Montegrappa prize 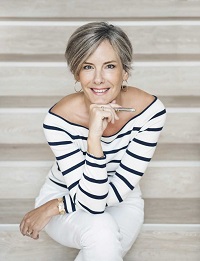 When I entered the inaugural Montegrappa Writing Prize at the Emirates Airline Festival of Literature in 2013, my goal was merely to have my work read by a top London agent. As an aspiring novelist, I spent most of my procrastination time Googling how difficult it was to get an agent, so the chance to have Luigi Bonomi of LBA actually look at my work was one not to be missed. I had only about 30,000 words of the novel at that point, but you didn't have to have a finished manuscript, so I wrote a synopsis, polished the first five pages, and sent it off.

I didn't expect to win, but I did hope that if Luigi saw anything, any shred of talent or promise worth developing, he might give me a nod. I was raising my head a little above the parapet for the first time in my fiction-writing life, and wondering: do I have what it takes, or is the idea of being a novelist just a ridiculous dream?

I didn't think much about what would happen if I won first prize. Obviously, there was the prize-giving ceremony, the congratulations and a face that ached from smiling so much - but then what? My prize included a flight to London (I live in Dubai) to have lunch with Luigi. Over that lunch, I pitched the novel to him properly.

"How quickly can you finish it?" he asked, and that's when my new career began. I'd be lying if I said it wasn't a steep learning curve and a lot of hard work. There were tears, there was despair, and there was a low point in which I contemplated giving it all up; but, ultimately, I managed to produce a manuscript that enabled Luigi to secure me the first of two three-book contracts, the second of which is with HarperCollins' terrific HQ Stories. 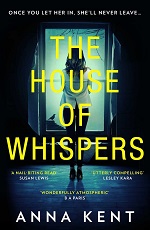 I can see now that winning the prize was not the end of the process, as one would tend to imagine - rather, it was the beginning of a journey I'm still on today.

Being a published author has opened some incredible doors for me. I've discovered that I love teaching and inspiring others, and I've had to conquer my fear of public speaking in order to deliver workshops at literary festivals, in workplaces and in schools. In 2016, I was invited by the UAE government to be part of a think tank to encourage reading in the region, and in 2019, I worked as a writer-in-residence in Dubai Central Prison with author Clare Mackintosh.

Clare and I met at the EAFOL in 2019. A few months previously, I'd taught a morning's workshop inside the Dubai Central Prison as part of a programme run by the Emirates Literature Foundation, and Clare had also visited the prison while she was in Dubai. We got talking about our experiences there and how we wanted to do something more for inmates - to give them a voice - and an idea was born: we wondered if we could spend a week inside the prison, teaching a creative workshop so intense that it would be possible at the end of it to publish a collection of essays and personal reflections written entirely by inmates.

Amazingly, we got the green light from the authorities, and we put together the course content. It was a really big deal: it was the first time that two authors had ever been allowed to remain as unsupervised "writers in residence" inside Dubai Prison. It was also ambitious: my class of 15 women came from 13 different countries, and none was a native English-speaker, yet Clare and I were determined that the inmates' thoughts would not be censored, and that their published words would be their own. The result, an anthology called Tomorrow, I Will Fly, was published in February 2020 and remains a book of which I'm very proud.

People ask me how it felt to work inside Dubai Central Prison, and I'm the first to admit I was nervous before I got there. I just didn't know what to expect, both in terms of the surroundings and the students. Would I be watched by guards all day? Would the door be locked? Would the students be receptive?

But I needn't have worried. Inside the prison, Clare and I visited the ladies' boutique and the library; we saw the workshops where inmates make everything from knick-knacks to furniture; we visited a hydroponic garden tended by inmates and were even offered a ride on a dune buggy assembled right there. My class was keener than any group of students I've taught. When I arrived each morning, they'd be sitting at their desks, already working. They were excited to have the chance to speak out; excited to see their names in print; excited to send the finished book to their families back home.

Thrown together so closely, we got to know each other well. Friendships formed. On the last day of the workshop, there were tears on both sides. But the story has a happy ending: I've been back inside several times since, and am happy to say that almost every woman from my class has since been released.

HQ publishes The House of Whispers by Anna Kent on 5 August.