Emmanuel Olympitis' middle age sped by. Now, in his memoir Marked Cards, he has found time to look back 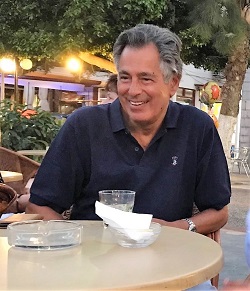 In the end it was Wikipedia that pushed me over the edge. A sustained assault on my biographical entry by an editor on a mission of his own.

This anonymous person, known only as "OhnoitsJamie", succeeded in the abrupt deletion of my entry 15 years after it had first appeared. He must have been a schoolboy when it was written.

I had been proud of my short bio. I had not sought it, but I felt it justifiably listed my achievements over 30 years of successfully managing public companies. These businesses had been important in their time. But since they no longer existed it was not beyond the efforts of an obsessive editor to undermine the validity of my entry. All recognition of a lifelong career was swept away as if it had never been. It was an emotionally devastating moment.

Where did they go?
Not long before this minor earthquake I had passed the milestone of my 70th birthday. The natural span of biblical life forced me at last to confront my imminent mortality. This was particularly difficult because in the way of all children of the 1960s I had thought I would remain forever young. Moreover, after a brief first marriage, another long stretch of hedonism had followed. This lasted from my mid-30s to my late 40s and obscured the passing of the years, while pleasantly diverting me from the daily grind of shareholders, financial press, employees and regulators. After that, fortified by a wife 15 years younger and three small children, my 50s sped happily by. I hardly noticed them.

The first real misgivings arrived on my 60th birthday. I found it impossible to accept that it had arrived. That it wasn't all some terrible mistake. But even 60 years of age (60!) was cushioned by the fact that I was often surrounded by my wife's younger friends. To be honest, I did not consider that I looked any older than them.

It was only when childhood friends whose continued existence I had taken so much for granted began to die, when funerals and memorial services became ever more frequent, and finally when my dear father passed away at 94, that I was shocked into reality. There is nothing as final as losing your last parent and your closest friends to make you realise that you are not far behind. Indeed there begin to be dark moments when you secretly hope that your time will come soon.

Three score and ten
And then I turned 70. This still seemed quite sudden, if no longer so shocking. I became much more judgemental of both myself and others, increasingly aware of small, creeping physical limitations, fearful of the terrible diseases that lay ahead. I am preoccupied with what one recently deceased friend had termed in jest an "exit strategy". I can only hope for one like his - unexpected and painless, and in his sleep. I dread to open the newspapers to discover that yet another friend, acquaintance, or even distant idol of my youth, has gone. I have finally grown up and finally grown old, but simultaneously, and in the blink of an eye. 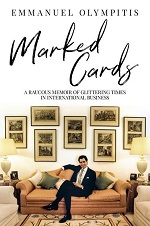 I look back over the years constantly now; with sadness at the disappearance of loved ones, with gratitude and laughter at the many good times, with pride at some accomplishments, a little regret at the opportunities missed, and with quite a lot of embarrassment at some of my behaviour. I had hardly ever wished anyone ill, nor ever set out to hurt anyone, but through selfishness or self indulgence I see that I unwittingly did this on several occasions. I am not quite the good person I had thought myself to be. I have graduated to weighing myself aloud in the scales of judgement whenever I walk the dogs alone. Have I been a good son, supportive brother, devoted father, considerate husband, steadfast friend, decent human being? How will I be judged, I keep asking myself? And, to the extent I will be remembered at all, how will posterity judge me? What will my children remember of me?  Will they understand my own background, how that shaped me? Will they be proud of me at all? And will they refer to me in conversations with their own children?

In denial
I do not mean to sound gloomy. The truth is that I have been in blissful denial over ageing for decades. I have had an amazing, charmed, hilarious, absolutely fabulous life. At least so far. I have been incredibly lucky in all the important things. It is as if I have been playing with a deck of cards marked in my favour by a benevolent Fate. I have met fascinating people, had fantastic times with them. I wanted to tell everyone some of these stories. I have had more than sufficient success. I am blessed with an amazing family towards the end of my life, after wonderful parents at the beginning of it. I am only sad it is all coming to an end. I just wanted my children to know how unbelievably fortunate I have been, and also where their family comes from. I want their children to know it too. How to achieve this, I wondered?

And so I decided last year to write Marked Cards as a lighthearted collection of anecdotes from my life, while addressing my own concerns over posterity. Moreover, even before the descent of Covid, which has darkened (temporarily one hopes) these already troubled times, I am convinced that I have lived in a simpler, but more glamorous age. One which has gone forever. I wanted to record some small stories from those more carefree times.

As for my own achievements, such as they are, in the likely absence of obituaries in the Times or Telegraph I had thought my children would read of them in Wikipedia. It seems this is no longer to be. Thus when I began Marked Cards it was mainly to entertain, but partly also to write my own obituary. One that might be criticised for its literary style, but one that my children could pass on down; and one that smug, small-minded people such as "ohnoitsJamie" could do absolutely nothing about.

Marked Cards by Emmanuel Olympitis is published by Quartet.