As Macmillan celebrates its 175th anniversary, Sara Lloyd reflects on how the company's past has inspired its present creativity 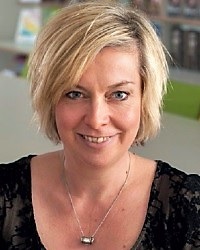 Our 175th anniversary gives us a special moment to reflect on our family origins, remember the iconic authors we have published over those years, admire treasures from our archive and wonder about how two brothers, the sons of crofters on a remote Scottish island, could have started all this.

There is so much that Daniel and Alexander Macmillan passed down: a joy and passion about reading, for sure, inspired by their book loving mother Katherine Crawford Macmillan; a strong moral sense that associated books with social progress; and an extraordinary entrepreneurial zest.

But while single-minded, commercially savvy and far-sighted, the brothers did not execute their vision without conversation and consultation. Perhaps my favourite discovery about the history of Macmillan was learning of the "Tobacco Parliaments" that Alexander hosted at the company headquarters in Covent Garden during the 1850s and 1860s. "At home to all and sundry": here, authors and thinkers, from Thomas Hughes, Thomas Huxley and Herbert Spencer to Charles Kingsley, Holman Hunt and Alfred Lord Tennyson, came together to talk ideas, discuss the politics and social issues of the day, and formulate new ways for books and writing to expose issues, inspire creativity, stimulate debate and further education. I can imagine the smoke-filled room, the scraping of chairs and the hum of conversation, the clink of glasses, as I smile to myself about a time when a meeting could be defined by the "tobacco" that was consumed.

While smoking is no longer part of the agenda, bringing people together to celebrate ideas and provide inspiration certainly is. Our imprint showcases earlier this year brought authors, illustrators, poets, journalists, customers and other friends together to perform, talk, drink, celebrate and no doubt dream up new projects. Through events such as the Shore to Shore poetry tour in support of Independent Bookshop Week and the Macmillan 175 Innovation Prize for Independent Bookshops, we enact our belief in the power of community and conversation to broaden the impact of literature on people's lives. And of course we haven't stopped there: our digital channels connect authors and readers in all sorts of new ways, from Bookbreak, our YouTube channel, fronted by BookTubers for an avid audience of millennial minds, to our recent collaboration with digital reading platform The Pigeonhole for Ken Follett's A Column of Fire, we are always looking for new ways to connect with readers.

In its day, Macmillan's Magazine, launched in 1859, was the first monthly literary magazine to be produced by a publisher, and was conceived by the brothers as a platform for discovery of new talent. Today we continue to seek the best new talent through wide and varied means, from our editors' attendance at creative writing workshops, or spending time on Twitter, building early connections with potential debut authors of the future, to the scrutiny of digital trends to find social media-driven sensations such as Joe Wicks.

And just as Harold Macmillan sought out authors from the Caribbean and Africa, or founded the Nippers series to bring working class voices to literature in the 1960s, so we are proud to progress an inclusive agenda in 2018, from sensational debuts such as Tomi Adeyemi's Children of Blood and Bone to Kate Clanchy's England, a poetry anthology written by UK schoolchildren who speak more than 30 languages between them (out in June).

We continue to look for new vehicles for this ever widening talent pool. Macmillan has a history of experimenting with new formats: from Water Babies and Alice's Adventures in Wonderland, which brought new illustration styles to children, to the eye-catching and sophisticated novelty of today's picture book lists; from the Globe Octavos of the 1860s, to the vivid and eye catching designs of Pan paperbacks more than 70 years ago, recently redesigned for the 70th anniversary of that unashamedly commercial imprint; and, more recently, the founding of Bello, one of the first digital only imprints launched by a publisher, back in 2010 - we constantly seek new ways to capture the attention of those ever distracted readers.

Sara Lloyd is digital and communications director at Pan Macmillan.