At last, my life makes sense

Tom Cutler introduces his new book, an affirmative account of living with Asperger's 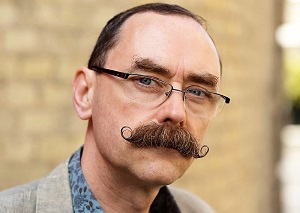 I have always known that there is something strange about the way I relate to the world, but it was only after a crack-up in 2015 that I was formally identified as having Asperger's syndrome. This was the happiest day of my life. Now, after a lifetime of social foulups, non-sequiturs, and hopeless confusion, my 55-year lover's quarrel with the world has finally been explained.

At last I can make sense of the riddles of my story - my failures at school, at work, in social situations; my nerdish obsessions with road-sign design, magic tricks, and Sherlock Holmes; my accidental rudeness, Pan Am smile, and other social impediments.

As I investigated the mysteries of the autism spectrum, I delved into books written for people with Asperger's. Some were dry self-help volumes, few were stories. I found myself longing most of all for a volume in which the sadness and mystery of the condition were leavened by humour: a book that moved at a bit of a lick. I couldn't find such a title, so I decided to write it myself.

My audience would be that mysterious character, "the general reader", though I realised I would also be speaking to people who were struggling with autism in their families, and to those who had Asperger's syndrome themselves.

The story I wanted to tell was of my eccentric, sometimes desperate, sometimes hilarious, journey since childhood: my constant anxiety and bewilderment in groups, my sensory overload, my odd way of dressing, my meltdowns and shutdowns, my naive social flubbing, and my particular trouble with girls. I would also look at the role of autism in my strange family. Was it in the blood?

Knockabout backlist
As an author I have a bit of scar tissue. But my books - several of them bestsellers - had until the memoir been the kind that fill bookshop windows during the Christmas gift-buying frenzy. My backlist contains such knockabout-sounding titles as Slap and Tickle, the unusual history of sex and the people who have it; and 211 Things a Bright Boy Can Do - a spoofy how-to book covering every subject under the sun, from how to light a fire to how to light a fart. In it, I covered such subjects as flags, languages, Morse code, music, maps, palindromes, the Beaufort scale, kites, magic tricks, human anatomy, rain gauges, the Fibonacci series, etymology, entomology, gardening, and aircraft tail insignia. I now recognise these topics as archetypically autistic: systems all. The autistic mind loves systems.

It is a common misconception that people with Asperger's lack a sense of humour. In fact, humour is my favourite way to communicate. It's my "way in" to other people, and 211 Things was my humour blockbuster. It sold in various languages around the world in the hundreds of thousands, and made it to number one on the Amazon bestseller list. Writers are as competitive and envious as anyone, and the writing racket is dog-eat-dog. So to be the topmost top dog in the sales ranking was quite something, especially with such a quirky book.

A bit different
Of course, the intriguing thing with Keep Clear: My Adventures with Asperger's was that after 15 years of jolly humour titles, I was now proposing something quite different: an autobiographical journey-of-discovery. For the first time I would be asking the reader when he or she closed the book to say: "It made me laugh, and it made me cry." The trouble was - as I well realised - that editors don't generally want you to write something different; they want you to write a book that resembles as closely as possible your last success. Novelty can frighten people. But very happily my wily and wonderful publisher, Scribe, saw promise in Keep Clear's funnystrange amalgam of personal story, humour, and popular science, and before I knew it the game was afoot. 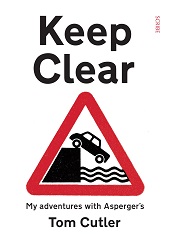 The title came to me early, springing from my love of British road sign design. But "keep clear" means more than that: it also means, "Keep your social distance", reflecting the solitary bent of people with Asperger's syndrome; and, in addition, it means, "Maintain your clarity." Clarity has always been important to me.

To help the reader begin to understand this enigmatic condition I have included, along with the human story, a discrete digest of the best scientific work. I have traced the steps leading to my own diagnosis, and looked into the significant mental health disturbances that so often accompany the syndrome. I wanted to show the astonishing liquorice-allsorts variety of people with Asperger's: we are all completely different, and we are all the same. So I identified some well-known figures with suggestive autistic traits - fellow travellers with successful professional careers but dislocated social personas.

The process of publication with Keep Clear has been much the same as with my humour titles, published mainly by big names. Working this time with a really good independent has meant that from day one I have been treated uncommonly well. It's been a more personal experience.

It is as yet early days but internet reviews are already looking excellent, and for the first time I have reviews and interviews lined up in the national press. My humour books have never got any such serious coverage, being assumed, I guess, to be unsuitable for sober consideration.

But, despite everything, I wanted in the end to write an affirmative book, one that would offer some insight for the general reader and real hope to those struggling with the syndrome. I hoped to show that, even with its peculiar difficulties, many wonderful positives attend Asperger's syndrome, and that it is possible to come to an accommodation with this crazy condition. I know; I've done it.