It was important to me to write queerness back into history, says Kat Dunn 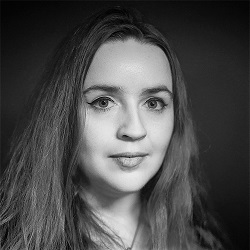 Well, I've got this wrong more often than not.

I've written two published novels set in the past, and have several more abandoned manuscripts. Dangerous Remedy and Monstrous Design are both set in the dying days of the French Revolution, and the politics and science of the historical period are central to both.

I'll admit I started out thinking I'd picked an easy job, being the huge history nerd that I am. But writing historical fiction is more than just creating a simulacrum of the past and letting your characters frolic around in it. By curating and presenting an imagined version of history, you're contributing to wider cultural narratives that determine identity, belonging and nationhood. If "history is written by the victors", then writing historical fiction asks you to consider whom you present as winning - and losing.

I wanted to write about the end of a revolution: what happens when the battle is won, and you're left with the complex practicality of creating a new world? I chose the French Revolution because it's a time period I knew well, and I have a close family connection to France. That era was also a huge scientific turning point, when experiments with electricity, gases, lighter-than-air technology, and astronomy were all making advances - so I had a lot of fascinating things to draw from. 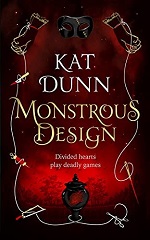 I love books that are immersive, be they fiction or nonfiction - books that conjure up a vivid sense of living in whatever setting they describe. But with pacy, plot-focused novels like Dangerous Remedy and Monstrous Design, I had carefully to weigh up the cost of any moment of pause against the drive of the story. Victor Hugo could get away with a chapter or two about the sewers of Paris, but I had to be a bit more strategic.

In early drafts, I focused too much on the politics, and the science, keen to demonstrate all the research I'd done. But the story moved too fast, there wasn't the time and space for readers to get to know all the intricacies of the revolutionary political structure. The detail became a confusing distraction. I had to give users the basic tools to navigate this world - and no more.

Detail came into its own, instead, in all the things that make a world feel alive: the food, the clothes, the music, smells and sounds, furniture and jobs and streetlights and bedrooms. Research here made the difference between a broad-brush, vague image of the past, and a living, breathing world.

People, and how it was to live their lives, held value to me over faceless politics or dry architecture. That's not to say those things don't matter, but in crafting a story their importance was filtered through the experiences of my characters.

Whom we choose to include as characters in our stories is a political act. The European past was not exclusively straight or white, and replicating this trope would be to endorse it, to lend my words to the weight of media telling people they have never belonged. This is a lie born of discomfort and prejudice, and if nothing else, is deeply historically illiterate.

Dangerous Remedy and Monstrous Design are queer stories about queer characters - but one that celebrates a deeply normalised and unquestioned queerness. Queer identity goes beyond tragedy and trauma, and it was increadibly important to me to write queerness back into history without a focus on pain.

Writing queer characters in a historical setting was never in question. We have always been here, so why would I not write queer characters as well as straight ones? I did a certain amount of research, but queer history is woefully undocumented. Many brilliant people are doing the work now to uncover our stories, but I didn't want to attempt some kind of forensic reconstruction of queer spaces we think may have existed. It's often unhelpful to attempt to describe historical figures with the words we'd use today - we just don't know how many people identified, and modern identities don't always map neatly onto past communities. A fair amount of my work was imagining the stories that could have been, ways we could have lived.

Just like with politics or science or architecture, what mattered most was the human heart.