Striking gold with the Burgundians 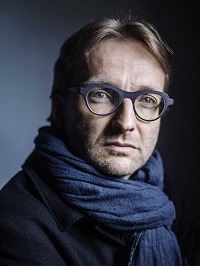 For a writer, plunging into material that is as spectacular as it is uncharted is like striking gold. While there certainly are scholars who have devoted important studies and articles in their own fields to the Burgundian period, their work has never resonated beyond academic circles. So one day, when I asked myself the simple question, "How did the Low Countries become the Low Countries?" - that is, when I became seized by the desire to unearth our roots - I stumbled upon four individuals who are totally unknown to the public at large: the Burgundian dukes.

I was also surprised to learn that during the Late Middle Ages these dukes had created a new political entity between France and the Holy Roman Empire. In short, that they were our founding fathers. How was it possible that this information had never been communicated to the school-age youth of Belgium and the Netherlands?

It remains a mystery, although it undoubtedly has something to do with the fact that for as long as anybody can remember the kick-off date for our national history has been set at the division of the Northern from the Southern Netherlands in 1585. That division seemed to suggest that up until then we had always been united, but nothing could be further from the truth. The various regions that eventually became Belgium and the Netherlands had belonged either to France or to the Holy Roman Empire - but then the dukes came along.

Time for a short autobiographical note. The writer of this piece (and this book) is married to a French woman - indeed to a Burgundian, born and bred. She is also an associate professor of literature, but she knew virtually nothing about this chapter in European history. The Burgundian dukes had been branded as traitors and rebels, and were consequently barred from the French national narrative, so it’s hardly surprising that no one in France remembers that the Low Countries were a Burgundian invention. 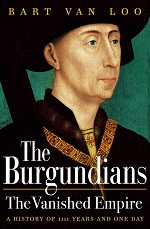 Not only is this story a geopolitical history of the highest order, but it also comes across as an endless episode of Game of Thrones, with battles, banquets, stake-burnings and adultery. It’s the era from which our art history emerges, with figures such as Jan van Eyck and Rogier van der Weyden, whose lives and careers would have been unthinkable without the Burgundians. And then the distinguished stranger appears to add lustre to the story: Claus Sluter, one of the most impressive artists of the Middle Ages, the forgotten Michelangelo of the Low Countries, the court sculptor of Philip the Bold.

It’s every writer’s dream, certainly once you learn that the unification of the Low Countries first occurred in the arts and only later became a political reality. In our history, art precedes politics. A splendid way to understand one’s roots, to be sure.

While artists do appear in both classical and academic works on the Burgundian period, their role is never really fully developed. That is a striking fact. The groundbreaking historian Johan Huizinga has been put on a pedestal, but the main idea in his Waning of the Middle Ages (1919) - trying to understand the Late Middle Ages by focusing your attention on art and culture - has been subsequently ignored.

In my book, I have attempted to combine Huizinga’s inspiring line of thought with the current state of historical research, and to give artists the place that belongs to them. Even though the lives of Claus Sluter, Jan van Eyck, Rogier van der Weyden and Hugo van der Goes are not so well known, I have studied them with the same attention that I gave to the dukes themselves. In fact, the work of the sculptors and painters afforded me direct access to the past. It was art as time machine.

What makes all this even more fascinating is that this history is strongly European: the civil war between Armagnacs and the Burgundians, the conflict between the Hooks and the Cods, the initial powerlessness of the Holy Roman Emperors, the Hundred Years War, and the complex interconnectedness and animosity between England and France, with Flanders and Burgundy wedged in between those two major powers. Philip the Bold owed his sobriquet to the English, and planned to launch a spectacular invasion of England from the Flemish town of Sluis. The Burgundian dukes even point the way to the Spanish and Austrian Habsburgs.

Speaking of Europe, once Philip the Good, the third and possibly the most important of the four dukes, had amassed a large enough collection of principalities, he ran up against a typical European problem avant la lettre. You can toss all your countries into one big bag, but that doesn’t automatically create a sense of unity. Philip did what Europe did, and will have to do much more of: he introduced legal, financial, monetary and democratic reforms. But social reforms were sadly lacking.

Because of this international dimension, not only did Belgian and Dutch academics become interested in this material in recent decades, but so did scholars from Great Britain, France and Germany. Apart from the fact that their work has remained confined to academic circles, there is also the problem of language. Their writings, which were often highly specialised, were rarely, if ever, translated, which meant that you had to possess a mastery of English, French, German and Dutch to piece all the scraps together.

I am therefore delighted that my book, written in Dutch, has now been translated into English, German, French and Italian, so that this essential chapter of European history - comprising far more than the story of the origins of the Low Countries - is now available to Europeans wishing to delve into one of the richest and most impressive stories from our collective past.

The Burgundians by Bart Van Loo, translated by Nancy Forest-Flier, is out today (28 October) from Head of Zeus (£30).