Be a secret lemonade thinker 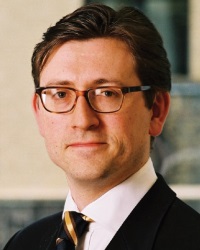 EU copyright reforms and the GDPR have been front page news this year - seemingly a threat to civilisation as we know it. By comparison, the introduction of new trade secrets law feels like it has been kept, well, a secret. That is a pity, because trade secrets are not just for fizzy drinks manufacturers wanting to keep their pop recipes a mystery. They can also be a useful back-up media right.

This summer, a minimum level of trade secrets protection has been implemented across the European Union. The relevant UK regulations - which build on existing confidentiality law - will continue to apply regardless of Brexit. Indeed, the law is based on WTO initiatives and is not dissimilar to recent US legislation. Under it a "trade secret" means information which: (a) is, you guessed it, secret - in the sense that it is not generally known or readily accessible to the circles of those who normally deal with such information; (b) has commercial value because it is secret; and (c) has been subject to reasonable steps to keep it secret. Trade secrets are given special protection against unauthorised acquisition, disclosure and use.

Judging the value of trade secrets depends in part on their inter-relationship with other rights and, in particular, how they can help cover gaps in protection. Intellectual property and related rights obviously come in many flavours, but let's take four of the main ones.

Copyright limits
Obviously, copyright is the lifeblood of the media and a pretty adaptable legal animal. But it does have limits. It is often cited that there is "no copyright in an idea - only the expression of an idea". That's a bit of a simplification, but it captures the fact that where an idea is expressed in the form of, say, a literary work, it is that particular form of literary expression which copyright protects. If the idea can be extracted without copying a substantial part of that particular work, there is no infringement.

The classic example of this is television formats, where the courts have consistently declined to give protection to, or find infringement of, high-level programme descriptions (rather than the detailed production bibles producers use). But the same limitation can crop up in many other parts of the media. We discussed the limits of character rights in "The Fifty Shades of Noel Coward" fan-fiction article (LBF Show Daily, 2015).

We have also discussed in these pages how content usage data can be as valuable as the content itself. But EU copyright won't protect databases that lack sufficient intellectual creativity. That leaves the fall-back of the database right - a right the Commission at one point threatened to scrap. More recently it concluded that it failed to "apply broadly to the data economy", not least because investment in creating database content - rather than collecting it from external sources - is not protected.

Copyright will generally not protect names either, but registered trade mark rights take time and money to establish and are usually only practical for certain projects. There are also unregistered brand rights, but these will require a publisher to demonstrate existing goodwill, which won't exist at pre-production stage. Finally, while patent rights exist to protect inventions, the required industrial application and the exclusion of computer programmes and business methods (at least in the EU) have always limited their relevance - even at the digital end of publishing and media.

Secret sauces
Confidentiality and trade secrets can't solve all of these deficiencies. The requirement for secrecy means that the focus here is pre-publication and in-house content. In several of the media cases the courts have been unwilling to protect content ideas as trade secrets because they lack sufficient detail: while "a fully developed format is not a pre-requisite for protection as confidential information… [a] very generalised description of [a] concept [falls] far short". The impact of the new requirement for "commercial value" and the scope of the "circles" of persons dealing in any given information will also need to be established.

That said, wherever ideas, concepts, formats, synopses or outlines and even names, brands, logos, mock-ups, covers and characters are being discussed at a planning and production stage - or when internal insights, knowhow, data and databases are being created - trade secrets may provide all-important back-up protection.

More than ever, it will be worth remembering to use confidentiality clauses, non-disclosure agreements and appropriate engagement/employment terms. But this is more than just buying a new "confidential" stamp. Under the new law, actively thinking about and identifying trade secrets and ensuring they get treated as such will have a real value. So just what is your secret sauce - and how are you protecting it?