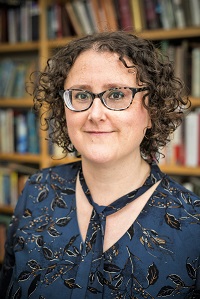 Stories are everything to me. They are what kept me awake at night when I was a child, breathlessly reading from the orange glow of the streetlights outside. They are where my brain wanders to when I'm sat on a train gazing out of the window at the landscape rushing past, and they are still what keeps me up at night - whether it's my own characters tapping on my shoulder, begging to be listened to, or someone else's characters lingering in my brain.

Stories are hidden everywhere, in the buildings that surround us, in the people we walk past in the street, and even in the ground beneath our feet. I had known about Victorian child labour since my school days, the small children darting between noisy looms in the cotton mills in the north, the chimney sweepers coughing and spluttering in the dark vents, but somehow I had forgotten about the child miners. It wasn't until a trip to the Welsh coast a few years back when I ventured down a slate mine (“Here's a torch and a hard hat, mind your head”), and came face-to-face with some of the horrors of what it was really like for children to work in that environment day after day, that an idea for a story was born.

Since then I have been down many other mines - coal and slate - read numerous books on the subject, listened to and sung old miners' songs, and read many first-hand accounts from children in the early 1840s on what their daily life was like. What I learnt was horrifying. Children from the age of 4 working 12 hours days, six days a week. Children with sores on their heads and legs from dragging and pulling heavy loads, children whose bodies were twisted out of shape from their work, children who fell asleep into their food on a Sunday because they were so tired. Children who couldn't even play a game, couldn't do anything on their single day off a week due to sheer exhaustion. Children killed in explosions, crushed to death, drowned or suffocated. Children who were treated in many ways so much worse than the pit ponies that lived and worked down some of the mines. I even found a record of a 2-year-old killed in a mine explosion in Shropshire, the county that is now my home. Even the act of writing those words - a 2-year-old - still winds me, sucks my breath out of me like a punch to the stomach.

As someone who has a minor fear of the dark, dislikes small spaces intensely and is not keen on being underground, visiting mines was not my favourite thing in the world. Clambering around in darkness, feeling the damp walls, the fragility of the mole-like tunnels, bending down through cramped spaces and seeing, smelling and touching this alien-like environment was eye-opening. Imagining being down there for days on end, working in darkness to save money on candles. Imagine pissing in a dark corner, the rats trying to get your meagre lunch, imagine the utter all-encompassing darkness all around you all day, the loneliness of many of the repetitive, back-breaking, tedious and exhausting jobs. 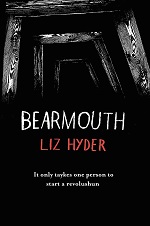 In Bearmouth, which doubles as the title of my book and the name of the fictional mine in which the novel is set, much of what happens is inspired by my research, yet I was always adamant that I didn't want to write a purely historical novel. While I spent a long time researching Bearmouth, devouring everything I could get my hands on, I didn't want to be restricted by it. I didn't want my Bearmouth to be an actual Victorian mine but more a fictional Victorian-esque mine, one in which I could set a page-turning fable about truth and hope, about the power and importance of asking questions. I wanted my story to be broader, to resonate with the zero hours contracts we have today where exploitation has been rebranded, remarketed as opportunity. I wanted Bearmouth to speak to a world where fake news is a genuine danger and where asking questions is more important than ever. I wanted to show how dehumanising that world of exploitation and child labour was, how brutal, dangerous and frightening - and what better way than to have my fictional workers sleep and live down there, much as the pit ponies did in some mines? I don't believe for a moment that this actually happened anywhere, but it gave me the basis for a dark, claustrophobic and tense setting in which to put the strong, sparky characters who had already been whispering to me at night.

It may surprise you, it may shock you even, to find that there are still children working in mines around the world - open cast mines in the Congo, for example, where coltan is mined (it's in your phone, your laptop, your computer, it's in the device you're likely reading this on now). Child labour and exploitation hasn't gone away, it has just changed, transformed itself into something else; but, as ever, it remains hidden from view. I hope that in a small way at least, Bearmouth and those who read it will bring it to the surface again.

Bearmouth by Liz Hyder is published in hardback by Pushkin Press on 19 September. Liz Hyder has worked in PR for the BBC, Riot, and as a freelance. She is part of Writing West Midlands' Room 204 writer development programme, and is film programme co-ordinator at Hay Festival.
Share on Facebook
Share on Twitter
Download PDF