Donald Trump is a narcissist and a braggart, but he lacks the intelligence and focus of the monsters in my novels, writes Graham Hurley 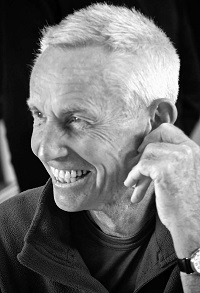 The currency of fiction is fiction - aka lies, made-up stuff, imagined, invented, not real. I know this because I spent years as a documentary-maker, exploring the surfaces of people's lives, and what made them tick inside. These assignments were frequently a challenge, or perhaps a bit of a tease, because so often a real story, the property of a real person, could have done with a little tweak or two, and that - I knew - was against the rules. Then, towards the end of this period, I got a two-book contract to write, guess what, fiction. And at that moment I stepped into a world where anything was suddenly possible.

I wrote a number of international thrillers. The publishers call them one-offs. Then I penned a series of crime-fiction novels that revolved around the same bunch of characters. Some were cops, others were bad guys, and often the trick was how to tell the one from the other, but all of them were fictional, the product of my greedy imagination, because I and my characters were complicit in the same confidence trick. What sounded true on the page wasn't. I'd made it all up.

Then came social media, and the slow death of anything you could trust, and Donald Trump appeared on the world's Twitter feed, and the small lies that had happily sustained generations of both writers and readers became bigger lies, with real-life consequences if you happened to be living in the USA and someone in your family was dying of Covid, and then a bigger lie still if your vote had helped elect Joe Biden to the Presidency, and Trump was up there in Washington behind the bullet-proof glass telling you that had never happened. The election was stolen. Fact. And now, my friends, we need to put things right.

Daddy liar
Like most everyone else in the world, I watched what happened next. For the last five years I've been writing historical thrillers set in the Second World War. That war happens to be a passion of mine, which is a fine place for any writer to start, and as the series has progressed I've taken an ever-deepening interest in some of the bigger players on that stage. Some of them were American or British - figures such as Robert Oppenheimer, Edgar J Hoover, Winston Churchill, Kim Philby - but the majority were German - Nazi chieftains mostly; and of all these giants of the Reich, the one who has demanded most space on my pages is Joseph Goebbels, the father of the Big Lie.

He came to office in the wake of Adolf Hitler, the Reich's new Chancellor, amidst the wreckage of the Great Depression. In the shape of broadcast radio, and cinema newsreels, the new regime had enormous reach, and the Volk were eager to be led. Hitler understood this. In 1933, six busy months were all it took to get rid of tiresome constraints on his authority. Non-Nazi political parties, trades unions, a free press, plus thousands of dissenters all vanished in a bonfire of democratic checks and balances, leaving a seasoned Joseph Goebbels and his Ministry of Propaganda to put lipstick on the Nazi pig. 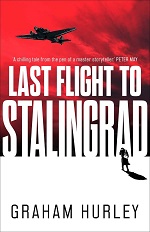 As the Reichsminister never ceased to point out, Hitler's brave new world gave Germans jobs, self-respect, fabulous autumn rallies, and some fine new motorways. It also put most of Europe under Berlin time, and would one day send millions of Jews to their deaths. Pre-war appeasers had largely ignored the longer-term consequences of Goebbels' fierce dalliance with the truth, but it took six years of unimaginable violence, and a great deal of blood and treasure, to unpick the results of all those lies.

Should we have the same concerns about Trump? In terms of raw power, almost certainly not. Trump is a narcissist and a braggart. Lies are part of the spell he weaves, the more blatant the better, and he has the bully's instinctive understanding of how to manipulate the needy, the resentful, and the overlooked. On Wednesday, in Washington, he was visibly at ease in front of the Proud Boys and the Q-Anon crowd, a mob only too happy to be despatched down the road to storm the Capitol. This they duly did, looking all the time for their promised Leader, but once they'd got there, they didn't have much of an idea of what to do next. Lots of milling around. Lots of wind-up selfies. An occasional spasm of violence. But nothing more. No setting fire to the place. No Lenin moment when the revolution would be proclaimed.

Out of his depth
Because Trump, beyond the optics, hadn't thought this thing through. There'd be lots of noise, world-wide media attention, widespread alarm, all of which offered yet more nourishment for the Trump ego; but Goebbels, for one, would have regarded it as a wasted afternoon. Because Trump, thank God, has neither the wit nor the patience to cope with the leadership demands of a proper dictatorship.

Hitler wrote Mein Kampf. Trump paid a lackey pen to pen The Art of the Deal. Hitler had Joseph Goebbels. Trump has Rudy Guiliani. Hitler, as most of the world discovered, very definitely had a plan. Trump has a non-functioning Twitter account, a trophy wife, a thousand law suits, a malicious addiction to getting-even, and a lifelong affair with super-bling. The business of government has proved to be beyond him, largely because he has no interest in listening to anyone else. But does that - just now - make him any the less scary? In a way, not. Because Trump, with the help of social media, has abolished Truth. And from that troubling achievement, as Joseph Goebbels knew all too well, comes all kinds of clamour.

As a working novelist, I'm fascinated by Goebbels. In the autumn of 1942, irked by an episode he regarded as a personal betrayal, he despatched a youngish journalist of genius to the Eastern Front. At Stalingrad, as the temperature dropped, Werner Nehmann's challenge was to put the brightest possible gloss on a military adventure that had run out of steam. Men began to die in huge numbers. Supplies ran out. Week by week, the temperature plunged. By Christmas, men were beginning to eat the dead. Yet still, with an artful cynicism, Werner Nehmann was assuring Goebbels' readership that all was well.

True or false? You decide...