Bravos for Lewis and Powell 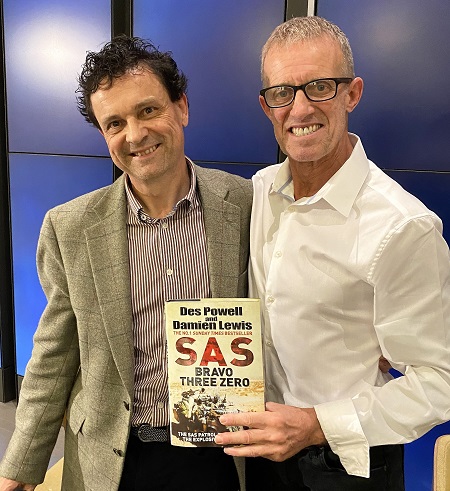 Powell parachuted into Iraq as second-in-command of Bravo Three Zero at the same time as Andy McNab's Bravo Two Zero patrol were landing there.

He is giving signings and talks at libraries and branches of Waterstones in Sheffield, Leeds and Cambridge.

This was the first book launch for newly established Ransom PR, set up by Sophie Ransom, previously with Midas.