Joe Thomas has completed his Brazilian crime trilogy - but São Paulo is not so different from London, he writes 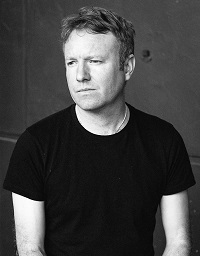 The idea for my novel Brazilian Psycho was born over Mothers' Day weekend, 2006, when I was living in São Paulo. A weekend I won't forget in a hurry.

On the Friday afternoon, there were reports of trouble across the city, rumours and gossip shared by the staff at the international school where I worked. It seemed there was some sort of attack going on, and though its nature wasn't clear, there was, apparently, city-wide disruption. The ex-pat teachers speculated that it was terrorism, or some sort of insurrection; the Brazilians were simply worried. As a precaution, we were all told to leave early.

The drive home along the Marginal - one of São Paulo's traffic arteries - was eerily quiet. I spotted two buses parked and empty at the side of the road. Further away, I could see smoke.

I spent Saturday and Sunday behind my condominium gates, playing tennis and drinking beer with middle-aged men who had lived their whole lives in São Paulo - a restaurateur, an ex-cop, a businessman, a Formula One TV sports personality, a high-class drug dealer - and who were not going to let a little thing like this get in the way of their weekend.

This is what had happened. The PCC crime syndicate - the "First Capital Command" - is the biggest criminal gang in Brazil. Its leaders run São Paulo from prisons dotted across the state. They are very organised. And they generally get what they want. In 2006, the PCC decided they wanted to watch the World Cup on wide-screen TV sets. Alongside this request: more frequent conjugal visits. Both are denied.

Gangbangers attack the police. They hijack buses. They evacuate them. They set them on fire and leave them on major highways. There are rumours of raids on public buildings. Over 150 people are killed - police, gang members, and the inevitable bystanders: the stray bullets flying about in poor areas, the city's favelas.

Using the cover of the chaos, scores are settled between military police and gang members. A rumour circulates that the army has been called in. The violence intensifies.

The authorities throw in the towel on Sunday evening.

The PCC get their TVs and their conjugal visits.The chief of police's son studies at the international school where I work. The officers who were shot at over the weekend are receiving danger money, substantial pay outs; trauma and whatnot, he tells the headmaster.

Hearing about this, a number of officers have been shooting at their own police stations, the bullet holes proof they've been attacked. They too, the chief of police says, are claiming danger money.

The peculiarity of the crime, the brazenness of the requests and the response, and the implied police behaviour seemed distinctly Brazilian to me. 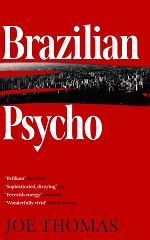 This is only one story from that lawless weekend; the causes and consequences are very murky indeed. And, of course, it turns out it wasn't just the bad guys who were acting lawlessly. The weekend is a key part of the first half of Brazilian Psycho. What really happened, and why? It wasn't a shoot-out between corrupt military police and drug dealers, but a major political scandal.

I lived in São Paulo for almost 10 years, but it wasn't until I came back to London that I started to write about the city.

The São Paulo of Brazilian Psycho has a lot in common with contemporary London: there are gentrification and social cleansing; there is a political elite deaf to the plight of the disenfranchised; there is the tragic collapse of social housing projects; there are acid attacks; there is the dichotomy of a thriving construction industry, and yet a deepening housing crisis, luxury buildings inhabited by ghosts.

São Paulo's vibrancy and excitement, the daily grind of traffic and pollution, the vast, sprawling, hot-headed, concrete megalopolis seemed to me a fine subject for a series of novels. I wanted to make sense of the place, of my experience there, and it feels like I needed to return home to do so. But how to tell the story of a city?

Crime fiction unites all levels of society. You can strip away the layers of city in a crime narrative.

I lived there during the optimistic and progressive Brazil of the Lula boom years, the BRIC economic miracle, from 2003, celebrated the securing of both the 2014 World Cup and the 2016 Rio Olympics. I was also there for the beginnings of the biggest corruption scandal Brazil has ever seen, which has left the country in the hands of a populist despot, wreaking havoc and tragedy.

The question at the heart of Brazilian Psycho is, how did it come to this? How did the country change over the 16 years from Lula's election to Bolsonaro's?

The chaos and score-settling of the PCC drug gang rebellion over that Mothers' Day weekend is one of a number of real-life crimes the novel is based on. There is the murder of a British school headmaster and the consequent cover-up; a copycat serial killer; the secret international funding of nationwide anti-government protests; the bribes, kickbacks and shakedowns of the Mensalão and Lava Jato political corruption scandals.

When I first arrived in South America, I found the stereotype of corruption inevitable, quaint almost, certainly foreign. I paid what amounted to a legal bribe to expedite my papers; the granddaughter of São Paulo's most notorious mayor was taken out of my history class to be told he'd been arrested, alongside her father. Now I look back, from a United Kingdom defined by Tory sleaze, cash for contracts, duplicitous nationalism, division, incompetence and tragedy, and I think - what arrogance, what naivety, to have held that opinion at all.

Brazilian Psycho will, I hope, resonate and anger, but not shock.

Brazilian Psycho by Joe Thomas is published in hardback by Arcadia today, 17 June.