Shireen Peermohamed and Zoey Forbes explore the possible effects of Brexit on three key issues for the book industry: the copyright regime, rights exhaustion, and VAT 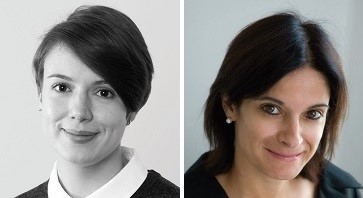 It is less than six months until the UK's official withdrawal from the EU at 11pm on 29 March 2019, yet the terms of the withdrawal agreement and the key principles of future relations are not agreed. While both parties are aiming to make significant progress at the EU summit this month, it is possible that an agreement will not be reached until November or December, or at all. Given the current state of flux, the legal implications of Brexit for both the UK and the international publishing industry are far from certain. Here, we offer some potential outcomes.

Copyright framework
Brexit is likely to have a limited impact upon the copyright framework, as much copyright harmonisation is derived from international treaties (such as the Berne Convention and the WTO TRIPS - Trade-Related Aspects of Intellectual Property Rights - Agreement), which will be unaffected by Brexit. However, there are a number of existing EU copyright directives which provide important cross-border copyright mechanisms and exceptions. The UK government currently intends to take a "snapshot" of all EU law directly operative on 29 March 2019 for incorporation into UK law, which would capture these existing directives.

Following this snapshot, the UK and European copyright regimes could diverge unless the UK government actively seeks alignment. The UK government could choose to follow the European regime (although it will not have any say in future developments); "cherry pick" certain elements from the European regime; or forge its own regime (within the boundaries of the international treaties and any future trade deal with the EU).

A case in point is the new EU Copyright Directive, which seeks to introduce significant changes such as the "press publishers' right" or "link tax" (which seeks to protect investment by press publishers in the production of content by giving them the right to authorise or prohibit use of their publications by online service providers) and "value gap" proposal (which would require some online service providers to introduce measures to proactively enforce copyright law). Although it remains to be seen whether the new directive will be passed into law before Brexit, it is likely that the UK Government will seek alignment with the directive given its participation in negotiations so far and its interest in related issues such as press sustainability, and online regulation and enforcement.

However, in a "no-deal" scenario, the EU cross-border mechanisms and exemptions would no longer apply. For example, this could mean that a work made available online in the EEA under the orphan works exception may infringe copyright from 29 March 2019, and those transferring accessible format copies between the EU and the UK may have to obtain permission for cross-border transfers (at least until the Marrakesh Treaty is ratified by the UK).

Rights exhaustion
The UK Publishers Association has identified copyright exhaustion as the number one concern for the UK publishing industry post-Brexit. Currently the UK subscribes to a "regional" exhaustion of rights within the EEA. This means that once a physical book has been put onto the market in the EEA with the rights-holder's consent, the book can be resold within the EEA without the rights-holder's consent. This regional regime allows free movement of goods inside the EEA whilst safeguarding against UK publishers' export editions being resold (potentially at lower prices) into the EEA market and maintaining the value of the UK's book export market.

If the UK shifts to an "international" exhaustion regime post-Brexit, the rightsholder will not, in most cases, be able to prevent the books it puts on the market elsewhere in the world (for example in the US, Norway or Japan) from being resold in the UK. It will mean that a UK rights-holder will no longer have a mechanism to prevent international editions being sold in the domestic market, for example through online marketplaces. There are also concerns that this may allow overseas publishers to "landgrab" European rights, which have historically been granted exclusively to UK publishers.

While the current regional regime is expected to remain in place during the implementation period (which will run from 29 March 2019 to 31 December 2020, provided a withdrawal agreement is agreed), the UK Intellectual Property Office is still considering which exhaustion regime would work best for the UK post-Brexit. The UK publishing industry will therefore need to make a strong case to the UK government against international exhaustion of rights, particularly as other industries may be lobbying in its favour.

In the event of a no-deal scenario, the UK government has confirmed that the UK will continue to recognise the EEA regional regime in the immediate term. Although this will have no impact on the importation of goods into the UK, goods placed on the UK market with the consent of the rights-holder may not be considered exhausted in the EEA, and the consent of the rights-holder would have to be obtained to export from the UK to the EEA.

VAT
As part of its Digital Market Strategy, the EU has agreed a proposal that will allow member states to apply the same VAT rates to digital publications as are applied to printed publications, which include reduced, super-reduced and zero rates.

The UK is separately considering the future of its own VAT regime. Earlier this year, the UK Parliament launched an inquiry into the UK's VAT regime, including the opportunities and challenges of Brexit. The UK Publishers Association has submitted a response to the inquiry, calling for the government to zero-rate VAT on e-publications (which are currently charged the standard rate of 20%).

We await the results of the inquiry and to see whether the UK elects to zero-rate VAT on e-publications prior to Brexit. We are also waiting to see whether the UK will seek to remain (if permitted by Brussels) within the EU VAT regime or leave and make its own rules, which may or may not revisit the application of VAT to physical and digital publications.

Shireen Peermohamed is a partner and Zoey Forbes is an associate at Harbottle & Lewis.