Fatimah H Abbas has founded her own literary agency, translated books, and launched a social media movement to help children in need. And she's just getting started, she tells Ed Nawotka 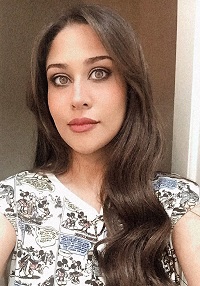 Fatimah H Abbas is the founder of FALA, the Fatimah Abbas Literary Agency, based in Cairo. Her career began as a consultant with the Cairo International Book Fair, where she worked on selection and presentation of French and English language titles. She then served as the director of external relations and translation for Noon Publication and Distribution House. In addition to her consulting and agenting work, she is a translator between English and Arabic. We interviewed her about the state of the publishing industry for Arabic authors and her point of view on the industry as it is evolving.

At the start of the pandemic, you kind of sprang on the international book scene. What happened?
In April 2020, in the midst of the pandemic, I became the co-founder and administrator of the Publishers Without Borders Facebook group. This gave me a voice I didn't have before. We saw just how many people got involved in the group - it grew quickly to several thousand members and now has 4,100 members. We even have dedicated WhatsApp chat groups for international fairs, like the Frankfurt Book Fair.

You have said in the past that the Sharjah International Book Fair had a significant impact on your career - how so?
I've been attending the Sharjah International Book Fair and Publishers Conference since 2016, and it helped me a lot in establishing my own career in the publishing industry. Sharjah means a lot to me on both the personal and professional level. It starts with the lovely people I meet there each year, people with whom I have long-term relationships, some that that have led to new opportunities and even significant deals. It's also where I have the utmost fun.

What role does it play in the industry overall?
Well, I think all you need to do is look at what the United Arab Emirates as a whole has achieved. Not so long ago, as many as 40% of Emiratis were illiterate. Today, it is less than1%. A lot of that has to do with the UAE's focus on improving access to quality education for everybody. The United Arab Emirates' significant educational, social, and economic payoffs have produced an increasingly globalised and educated population eager to consume more locally produced and culturally relevant content, particularly in Arabic. The book fair contributes each year to feeding that passion.

What is your perspective on the Arabic market at the moment?
The Arab print publishing industry is geographically and culturally diverse, which makes it both dynamic and complicated. The result is Arabic publishers face numerous challenges, particularly when it comes to dealing with Covid-19. The most common problems faced by the industry are a lack of distribution, the threat of censorship, and pervasive piracy. However, I see Arab publishers are facing these challenges and working to innovate. For example, many are now producing ebooks and audiobooks, in addition to high quality print books. In this environment, it demonstrates how they are keeping up with the new market trends.

As a digital native, do you have a particular point of frustration with the market?
I see how Arab book fairs attract millions of people each year, especially the Cairo International Book Fair, which is perhaps the largest book fair on earth, yet digital publishing in the Arab markets is still in its infancy. Considering the huge challenge of distributing print across this large and physically daunting region, one might think the transition and incorporation of digital books and publishing would be accelerated and more advanced.

Do you find being a woman in an industry typically dominated by men to be difficult?
Being a young, female literary agent and publishing consultant in the Arab world is a real challenge and sometimes a serious struggle. The very concept of a literary agent itself is not yet familiar among Arab publishers. They know western agents by heart and seek them out, but when the agent is one of their own, things get complicated. Add to this the fact that there are still few women publishing professionals, it makes it harder for someone like me to enter new markets and create new opportunities freely. It's one of the reasons I started working internationally, and I'm still working hard nationally to get better recognition and appreciation.

Can you tell us a little about your passion project that involves improving the lives of children in need?
Earlier this year, I launched an international initiative under the hashtag #Children_Empowerment with my agency, FALA, targeting children in general and children in need in particular. In this initiative we set up a number of programmes in an attempt to empower children with autism, Down syndrome, and cerebral palsy, and other programmes for orphans, refugees, and homeless children. We are working and communicating with industry professionals from around the world to assist by any means they can, be it financially or merely morally. One of our major supporters has been the Kalimat Foundation, based in Sharjah, which is beginning to help us reach out to children in need in underdeveloped societies.

This article appears in A World of Words, the Publishers Weekly/BookBrunch Sharjah International Book Fair preview. Download the magazine here.