Can creative writing be taught?

Elise Valmorbida, author of The Happy Writing Book: Discover the Positive Power of Creative Writing, reports on how her 20-plus years as practitioner and teacher have given her a firm belief that creative writing can deepen your appreciation of life, and empower you as an agent of positive change 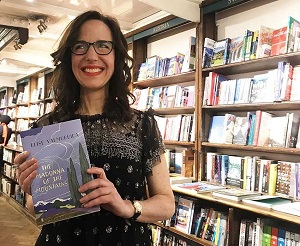 "But, seriously, can creative writing be taught?"

Many people ask me this, dubiously, eyebrows knitting, certain of the impossibilities. Their assumption is that talent, imagination and wordsmithery cannot be learned, that you've either got it or you ain't.

I don't assume this.

Writing is a craft. It is something you can learn. Don't let anyone persuade you otherwise. And, while we're here, why don't people question whether music or fine art can be taught?

Is it the relative newness of the creative writing discipline? We tend to think of the University of Iowa Writers' Workshop (founded in 1936), or the University of East Anglia's first MA course in creative writing (1970). But then we forget that in Ancient Greece orators and poets learned the civic art of rhetoric, and Roman writer-teachers taught students the theoretical and practical principles of invention, arrangement, style, memory and delivery. This makes a good checklist for any writer today. In many countries, before and after Greeks and Romans, there have been teachers of storytelling: the craft of history-making is vital to a culture's identity, defining its place in the world, even its sense of meaning or purpose.

Perhaps what's new today is that we can all be poets, bards and chroniclers. Many of us can write. We can even publish.

But can we do it well?

"I can't teach talent or imagination, but I can try to nurture both"

I teach creative writing with Arvon, Central Saint Martins, Faber Academy, Guardian Masterclasses, literary festivals and community-building organisations. In workshops I always stress the craft of writing (as opposed to, say, the commercial side). I can't teach someone talent or imagination, but I can try to nurture both. Sometimes talent and imagination have been suppressed by habit, work or fear of failure.

My repeated refrain is that the more you practise any craft, the better you get at it. Creative writing classes are a great start, but you need to continue with practice on your own. This practice involves thinking, writing, editing, reading - and persevering.

Craft learning doesn't always happen in neatly progressive stages. You can feel brilliantly competent one week, struggling the next. This might have as much to do with your mood as anything else. You need to learn to write through inspirations and blocks, with such craft that the artefact is not scarred by your highs and lows. You might find that a certain aspect of writing (say, dialogue) glitters as it flows. Moments later, you might be struggling with a tiny plot point. But with craft you can make it all connect and cohere. 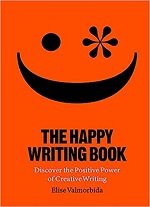 There are no right or wrong answers, no mathematical proofs or certainties. There are no last words on what is good or bad, although opinions can be more or less informed. The point is, the more you do it, the better you'll get at it.

Out of the blue, I receive an email from a woman who attended my creative writing workshops some years ago. She merrily confesses that she has not yet written her great novel, or any novel. In fact, she hasn't done any "creative writing" at all. She wants to tell me something else.

Ever since doing the course, things started changing for her at work. She was writing shorter, better emails, and receiving better responses; client issues were being resolved more quickly and calmly than usual. Her business reports were prompting positive feedback from colleagues. Her manager noticed all of this and gave her a pay-rise. Months later, she had a promotion and another pay-rise.

Her novel might yet happen, but that's not the big story here. The good news is that, through the discipline of creative writing, this person communicates more effectively and is better understood. She has developed her self-expression, her empathy with clients and colleagues, her confidence and her capabilities - for which she earns emotional and other rewards.

Writer-teacher George Saunders defends the study of creative writing as beneficial even for the many who don't complete or publish work: "The process of trying to say something, of working through craft issues and the worldview issues and the ego issues - all of this is character-building... I've seen, time and time again, the way that the process of trying to say something that matters dignifies and improves a person." (Ben Marcus' interview with George Saunders, in the Believer, Issue Eleven, 1 March 2004).

The Happy Writing Book by Elise Valmorbida is published by Laurence King as a £14.99 paperback original on 30 September.

Elise Valmorbida has published journalism, poetry, short stories, three non-fiction books and four novels including The Madonna of the Mountains (Faber), which was translated into several languages and won Australia's biggest literary award in 2019. Elise was honoured as an Edinburgh International Film Festival Trailblazer for her work as indie-film producer and script consultant. She teaches creative writing at Central Saint Martins, Arvon, Faber Academy, Guardian Masterclasses, literary festivals and community-building organisations. There's more about the author at www.elisevalmorbida.com, and you can follow her on insta @elisevalmorbida.