Can of Worms reveals judges for Leapfrog Global Fiction Prize 2021 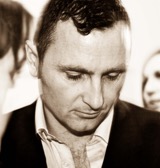 London indie publisher Can of Worms, which links with New York publisher Leapfrog Press for its Global Fiction Prize, has announced that this year’s prize, which has now been split into two awards for adult fiction and young adult fiction, will be judged by New York Times best-selling author, Ann Hood, and 2020 Carnegie Medal-winner Anthony McGowan, respectively.

Hood is the best-selling author of fourteen novels, including The Obituary Writer, and a regular contributor to The New York Times' op-ed page. Her most recent work is Kitchen Yarns, published with WW Norton in early 2019. She is a faculty member in the MFA in Creative Writing programme at The New School in New York City. Hood is also a recipient of the Paul Bowles Prize for Short Fiction as well as two Pushcart Prizes. In 2018, Brooklyn-based publisher Akashic Books invited Hood to establish her own imprint, Gracie Belle Books, to publish works that explore grief, loss and recovery.

McGowan won the Carnegie Medal in 2020 for Lark, the third novella in The Truth of Things series about northern working-class brothers Nicky and Kenny, the older of whom is learning-disabled. McGowan’s Henry Tumour won the Booktrust Teenage Prize and his acclaimed novel The Knife That Killed Me was made into a film in 2014. McGowan also writes adult non-fiction and has lectured on creative writing at London Metropolitan University, Royal Holloway University of London and The Faber Academy.

The annual prize was founded by Leapfrog publisher Lisa Graziano in 2009, for unpublished short and long-form adult, YA and middle-grade fiction. Last year Can of Worms joined forces to publish the winning writers in the UK and the rest of the world. The winner in each category receives a publishing contract and advance, runner-ups also receive a cash award and a critique of their work by the judges.

Last month Can of Worms and Leapfrog Press simultaneously published Amphibians, a short story collection by 2019 prize-winner, Lara Tupper. The 2020 prize was awarded to Molly Giles for Wife With Knife, which will be published worldwide in October. Giles has previously won the Flannery O’Connor Award for Short Fiction.

The longlist for the 2021 prize will be announced in early July, and the winners in September. All submissions are anonymised for blind judging and entries close in May.