Capturing the whirlwind of life

Author and journalist Huma Qureshi on her memoir, How We Met: A Memoir of Love and Other Misadventures 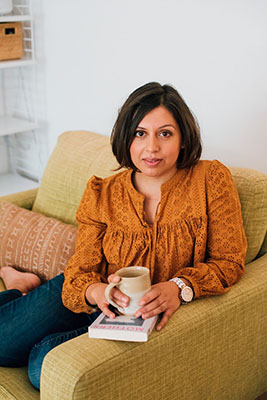 I never set out to write a memoir. The idea had rarely crossed my mind. I imagine most memoirists say the same, and I don't especially think of myself as a memoirist anyway. I never thought my life was remotely interesting enough to fill an entire book and besides, I've always been a little shy and would ordinarily describe myself as quite private. As a former journalist, I had written occasional first-person pieces but if I am honest, I wrote them not because I always wanted to but because I knew it was a way to score an often much-needed byline, and sometimes as a freelancer, I couldn't say no to what was asked of me. But still, I had always kept certain boundaries. I told myself I would never write too closely about my marriage, my children, my family, my love life. And yet here I am, with my book, How We Met: A Memoir of Love and Other Misadventures, which is about all of the above and more.

I can't quite pinpoint the moment my boundaries shifted, but I think it started with a change in my reading material. At some point in my early thirties, all I wanted was to read about real experiences about the ordinary yet astonishing challenges of life, and I found these in memoirs, mostly written by women. I pushed novels to the side and became preoccupied with reading memoirs in a hungry way, perhaps because my own life had in some ways slowed down. I had three small children, at one time all under the age of three and a half, and though daily life was in many ways chaotic, it was also very much the same every day. I didn't really know what I was going to do next with my career or my writing, or if I'd find space for it again, and sometimes the panic of this overwhelmed me. I suppose I craved stories that showed me how one could go through something immense and still come out the other side, changed or otherwise. I felt somehow less alone, no matter how far removed these stories were from the realities of my every day. Through reading the likes of Rachel Cusk, Deborah Levy and the essays of Sinead Gleeson and Emilie Pine, I felt the power and the vulnerability of writing in first person in a way I'd not felt before. 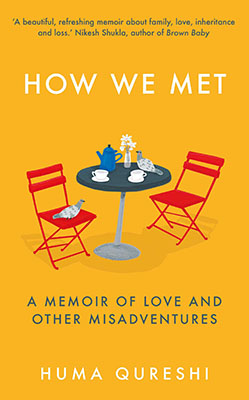 I felt, then, this urgency to capture some of the whirlwind of life happening around me and pin it down before it slipped away. I started writing notes and untitled documents and blog posts about moments of my everyday that had moved me somehow, or things I had felt or simply things my children had said, but I still never intended any of it to find its way into a book. I just wrote it for me, or sometimes the small handful of people who occasionally read my outdated blog. I wrote an article for The Guardian sharing my love of memoirs but also questioning the whiteness of them, and an editor, Olivia Bays from Elliott & Thompson, happened to read it and sent me a DM over Twitter. One thing led to another and I shared with her some of the untitled pieces I'd written. One of them described how I met my husband, and how he was not exactly what my Pakistani, Muslim family expected. "I think you need to ask yourself what the real story is here," she said.

After that I went away and read The Situation and The Story: The Art of Personal Narrative by Vivian Gornick (which I'd recommend to anyone interested in narrative nonfiction) and after writing the question "What's my story really about?" repeatedly in a notebook, I sat down and wrote what was to become the opening of How We Met. The more I wrote, the more How We Met's existence began to feel necessary to me. I realised that in all the memoirs I had read, though so many of them spoke to me, very few reflected the stories of women like me, who shared my background or were brought up in a world like mine, and I realised how much I had desperately missed that. I wondered if my story might count for something. Perhaps that's when I fully let go of those boundaries I'd put upon myself, and gave myself permission to write openly from a place of deep honesty. I wrote the first draft furiously between Christmas 2019 and February 2020 and sent it to Olivia. I signed my book deal for How We Met not long after.

How We Met looks and sounds like a love story, because the premise is about how I met my husband, of whom my family didn't at first approve, and how I navigated that path with them and him, but it's also so much more than that. In writing How We Met, I came face to face with my younger self, who was lost and oftentimes bewildered and out of her depth, and I wanted, in a way, to write for her, so that she might know that in the end, things turned out okay. I also write fiction, with my collection of short stories Things We Do Not Tell The People We Love coming out in November with Sceptre; my stories take me to unspoken places of sadness and mostly end in tragedy. But How We Met is not like that, and it mattered to me to write myself a happy ending, possibly the only uplifting ending I've ever written. I thought often of my children as I wrote my memoir, and I hope that one day they might read it and know what it means, to be a family, to grow up, to make mistakes; to love and be loved. There is something quietly empowering in the act of this.

How We Met: A Memoir of Love and Other Misadventures is out today, 28 January, from Elliott and Thompson.