Confessions of a blog tour virgin 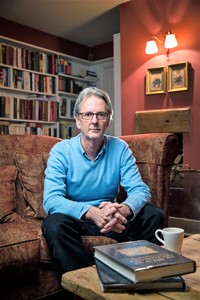 There has been a mighty power shift in the publishing world during the lengthy span of my career. Readers and authors now have far more opportunities to talk to one another directly, cutting out the traditional gatekeepers who once could make or break any book from the moment the author first had the idea to the day it arrived in the shops.

I was very aware of the many book blogs that have emerged from the keyboards of keen readers, but I had not realised quite how influential they had become in their ability to speed up "word-of-mouth" recommendations and by-pass all the usual stumbling blocks to publishing success.

There have always been books that have managed to slip past the selection processes of the publishers' readers and editors, the sales people, the book retailers and the professional reviewers, gaining traction with the people who actually like to read them and recommend them to others. But the book blog community has opened up and streamlined the whole process to a fantastic degree. 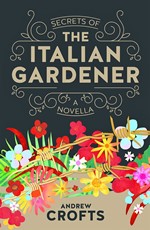 "We've set up a blog tour for you," my publisher, RedDoor, announced. "It'll run for about a fortnight around publication date and back up everything the PR people are doing."

"What exactly do I have to do?" I enquired, assuming I would have to write something for each blog, or do an interview - as is the pattern with PR tours.

"Nothing. They will all review the book on their designated days."

It seemed hard to believe that anything could actually be that easy for an author. No one ever makes our lives easy - or at least that is sometimes how it seems. But the reality was even better than that. Not only did the blogs all review the book enthusiastically, most of them tweeted about it and re-tweeted one another's tweets and then set up competitions for people who might want to win their copies, which resulted in more re-tweets - and so the cycle continued. It was like a word-of-mouth campaign on steroids.

Maintaining a social media presence has become an onerous part of the publishing process for most authors, but I don't think that it is half as onerous as going round the country to book-signings and talking to any group of people you can get to sit for long enough to listen. Anyone who wants to be a professional writer has to do this, partly because agents and publishers are bound to be made as nervous by authors who remain reclusive on social media as they are by those who are reluctant to meet the reading public in the flesh.

Since starting my tour I have met one or two of these bloggers personally, and I am now convinced that there has been a radical power shift and democratisation of the book publishing, selling and reading world. For years I have been saying that I thought it was going to happen, and now I can report from experience that it has.

Below are a few of the choice comments that came from the tour - and just a quick glance will show you why I am so completely bowled over by this new, sincere, generous world.

"Such a clever and disturbing book …terrible sense of unease …makes the reader question every underlying principle in their life …I finished feeling completely disturbed … shocked and not a little naïve … totally mesmerising." - Lindasbookbag.com

"WOW. Left me reeling by the end …a beautifully crafted and clever story full of depth and intrigue …pacy and becomes surprisingly sinister … I loved the tense, uneasy feeling … Andrew Crofts is a genius story teller … an incredibly thought provoking story... YOU NEED TO READ IT!!!"- Ifindoubtread.wordpress.com.

"Unexpected shocking events had me wide awake for hours after... the journey it took me on was one I won't forget."- Lovebooksgroup.blog

"Very moving and thought provoking... I feel like I've just read a true story... you are left gripped... a very emotive story that tugs at your heart and your own belief in humanity." - Kraftireader

"Deeply insightful, often disturbing... that would leave me uneasy and uncomfortable throughout... extremely clever and well-written... a dark sense of foreboding and shadow... which really left me edgy and alert at all times... the story bursts from the pages and really grips you... unique and well worth reading." - Booksofallkinds

Wow!.. what a kick ass, heart pounding novella... Andrew really does pack a punch... twists, turns and tragedy and I was hanging on the edge of my seat." - hayley10reviews

"A very powerful novel, and one that stayed with me long after I'd finished reading - probably my favourite piece of literary fiction I've read this year. A powerful and thought provoking book." -Thebibliophilechronicles

"Not like anything I had ever read before and definitely took me out of my comfort zone... but I loved it... so many moments of unease with twists and turns throughout... I still have this sense of unease and shock... shocking, unexpected and enthralling. 145 pages of pure excitement. - Onedaydreamaway