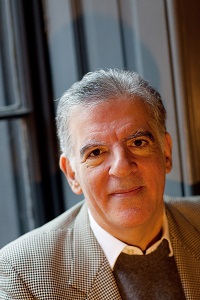 The Bible is, of course, the most widely read book of all time, and it contains more references to King David than to anyone other than Jesus. The only figure in the ancient world whose richness and complexity approach David is Odysseus - and it's no coincidence that they took on their basic literary forms at much the same time. Yet, for all the myriad versions of Greek myths, David's legacy and his influence on Western culture have been far greater. The more I read about him, the more I wanted to write my own account of his life.

Although a fragmentary inscription on an ancient Aramean tablet, unearthed in 1993, has finally provided historical evidence of David's existence, the documentary evidence in the Books of Samuel provides the only full picture of it. And a very contradictory one it is too! The Old Testament scribes had no interest in the type of rounded psychological portrait and coherent narrative favoured by 21st-century novelists.

Inconsistencies
Here are just two of the many inconsistencies. In the first, David initially encounters King Saul when, as an accomplished musician, he is asked to play for the king, who is troubled by an evil spirit (in other words, in the grip of a severe depression); yet, when David later arrives in the Hebrew camp on the eve of his legendary battle with Goliath, Saul shows no sign of knowing him. In the second, Michal, Saul's daughter and David's first wife, is described as both childless and having five children.

The most likely explanation for these and other contradictions, as well as for the different versions of incidents such as David's sparing Saul's life (the first when the King is caught short in a cave, and the second when David sneaks into his camp at night and steals his spear) is that the Books of Samuel were pieced together from the separate traditions of Israel and Judah long after David's death. Yet that explanation was of little practical help to me, given that I wasn't trying to write an Old Testament version of The French Lieutenant's Woman, with its alternative endings.

The most glaring contradictions are found in the character of David himself. He is both the shepherd boy who, armed with nothing but a sling, defeated the Philistine champion Goliath and commanded King Saul's armies, and the traitor who not only rebelled against the king but allied himself with the Philistines, leading scavenging raids into Judean territory. He reputedly wrote the Psalms, some of the world's finest devotional poetry, and founded the holy city of Jerusalem, yet God considered him too sinful to build the Temple. He vanquished Israel's enemies and fortified its borders, yet he was unable to control his own children, with one of his sons raping his half-sister and another leading a revolt against him.

The more I studied the Books of Samuel themselves and the various commentaries on them, the more I realised that the contradictions were in fact challenges, which both fuelled and justified my fiction. Unlike the ancient scribes, I had to make character and narrative choices in just the same way as when I've created a story from scratch. To return to my previous examples, I've explained Saul's ignorance of David at their second meeting by making it the deliberate ploy of a king reluctant to reveal his illness to his generals. Likewise, while preserving Michal's childlessness, which is a key factor in David's abandonment of her, I have her adopt the five sons of her dead sister Merab. Their killing by David then becomes a key factor in her detestation of him. 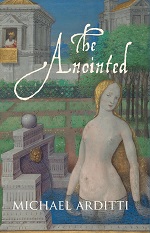 From the start, I made the decision to tell David's story from the perspective of his three most significant wives: Michal; Abigail; Bathsheba. Each has a unique importance in both his life and biblical tradition. Michal's confession of love for David is the only occasion in the entire Bible when a woman is explicitly stated to love a man; Abigail has the longest speech of any woman in the Old Testament, when she pleads with David to spare her household; Bathsheba is the most painted woman in the Old Testament apart from Eve and for much the same reason: her canonical nudity.

The three women encounter David at very different moments in his career: Michal, when he is a gilded youth celebrated for his military and musical skills; Abigail, when he is a rebel fleeing the King and fighting for the crown; Bathsheba, when he is a pitiless despot, who murders one of his top generals after raping his wife. Their different attitudes to David helped me to reconcile the incongruities in the biblical narrative.

Moreover, my focus on the women in his story has enabled me to remedy a historic imbalance - indeed, injustice. From the Patriarchs to the Prophets, the Old Testament primarily describes the deeds of men. With a few notable exceptions, the women, if mentioned at all, are either wicked seductresses, like Jezebel, Delilah and Athaliah or selfless matriarchs, like Sarah, Rachel and Hannah. The women in the Books of Samuel are shadowy figures at best; The Anointed fleshes them out.

Throughout my career, I have found that one book leads to another, and The Anointed is no exception. It stems directly from my previous novel, Of Men and Angels, which explored the historical and cultural afterlife of the story of Sodom. In the first section, I depicted the Hebrew scribes cobbling together the text during the Babylonian exile. Having presented their version, which is now regarded as authoritative, as a response to a particular set of circumstances, I had no qualms about writing my own version of a later Old Testament narrative and, as I say in a prefatory note, "making a contemporary fiction out of a biblical myth".

The Anointed by Michael Arditti will be published in paperback by Arcadia on 20 May.