Dealing with the world

Angie Lake on how memories of growing up in an expat, multicultural community have informed her fiction 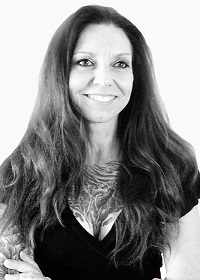 Maybe I'm luckier than some in that I have vivid memories of being very, very young. I can remember being a toddler and not being able to tell my mum what I wanted or what I was feeling. It was so clear to me, but whatever words my mouth was trying to form were incomprehensible to her. I'd get frustrated and cry, because I knew full well that Wilbur Bear DID want to get in the bath with me, and he didn't care if he got wet. But "ul-ber la-la!!" meant nothing to my mother, and she'd cruelly prise Wilbur from my tiny hands. I still haven't forgiven her.

We moved around before settling in Spain. I remember how turning on a TV set filled you with the hope of finding cartoons, although there was no telling what language they'd be in. Moving to a new country meant you had to learn the words for everything AGAIN, when you got the hang of it in one language just last week.

I was 5 when I started school in Spain, and Spanish hadn't been my first language at home. Once again I was immersed in a frustrating world where no one understood me and I couldn't communicate. Before this I'd had a short spell in a nursery school. My mum made me some word cards to help me communicate with the teachers. The cards had a picture, say of a sandwich, and the words written in both Spanish and English. I went up to one of the teachers and showed her the card for "toilet". She looked at the card and said, "Ah, muy bonito" ("Ah, that's pretty") - and let me pee in my pants.

Communication restored
This was a pivotal moment in my life: I realised I'd better hurry up with this whole speaking a new language thing, because not all of my teachers would be able to read. Anyway, six months later and being blessed with the pertinent neuroplasticity, this problem was resolved, and I could once again communicate. Six months may seem like a heartbeat to an adult, but I assure you it's an eternity to a five year old!

I grew up in what had been a small fishing village on Spain's Costa Blanca; my parents moved there during the expat boom of the mid-Eighties. My mum, originally from Barcelona but raised in Yorkshire, had wanted to move to Spain for years to escape the stigma of her mother's embarrassing Spanglish-Yorkshire accent, and my Dad wasn't heartbroken about moving a bit further away from his in-laws.

As time passed there would be an increasing number of German, English, French, Swiss and Dutch immigrants in the area. Speaking Spanish wasn't enough. Most locals spoke the regional dialect, "Valenciano" (which I also learnt), or a mix of that and Spanish, but I seem to remember that at the time maybe 20% of the town's inhabitants were of Moroccan descent, so they spoke these languages as well as French and Arabic.

It would soon become clear to me that language was the tip of the iceberg; there were references that transcended every culture, but there were many cultural references that did not. Whether you watched the same cartoons on Spanish TV as the rest of your classmates or grew up with The Magic Roundabout or Monty Python's Flying Circus would put you in one cultural category or another, as celebrating Ramadan, your first Holy Communion or Halloween would, too.

Why are we different?
As kids, this was our personal paradigm. When I was seven I was gutted that I wasn't due to celebrate my first communion alongside the rest of my class, and would miss out on the party and the roller skates; while my Spanish classmates were jealous that we were visited by Father Christmas on 24 December and AGAIN by the Three Kings on 5 January, while they all had to wait right until the end of the Christmas holidays to get their presents.

As kids we all saw that there were these differences in tradition, language and even in expectations, but we couldn't always see what they were based on. We all learnt the religious and or cultural practices we were expected to; their meanings would become apparent (or not) much later on.

That wasn't our problem though. Before you're eight years old you just have to learn what rules you have to follow and come to understand that the rules your parents want you to follow may be very different from the rules other kids in your class have to follow. It was weird to me that some parents wanted their kids to go to church while some parents wanted their kids to spend their weekends with their grandparents. It seemed to me that we were all just kids, but we were on a journey of becoming what our families wanted us to be, and that would end up taking us all in very different directions. 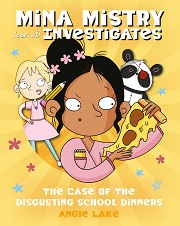 I still hold on to this view, and it's something that I hope children will connect with when they read my books. As far as I can remember, even kids with stable backgrounds have enough to deal with when they confront The World. It's enough that there are cultural and linguistic differences you have to wrap your head around, that your friends are all being raised "the right way" and that there is no single "right way", that people's beliefs are full of contradictions, and, of course, grown-ups are always right.

These are some of the things that kids deal with alone at school. Added to that pressure can be divorce or fighting parents, parents with work commitments that leave little time for the kids, bullying and financial struggles.

No messages
Because I remember so clearly what it was like to grow up, I try my hardest to write stories for children to relate to and enjoy. Kids have enough people telling them what they should believe in and what their priorities should be.

Mina Mistry Investigates has a multicultural setting because it's representative of the reality I grew up in, and of most people's realities today. But the series doesn't aim to send kids messages on how they should behave or what they should care about: the stories are about real kids, with different backgrounds. Some of them have family problems and some of them have difficulties fitting in, but that's just real life, and I hope that these things make the characters relatable.

The main point, now more than ever, is to create an imaginary space where kids can open up a book and escape from the worries, expectations and rules of grown-up society.